Some great news for the sentient pile of burning garbage known as Matt Forney!

He has won the first Donald Trump Memorial Complete Lack of Self Awareness award (hereafter known as the Donald Award), which is an award I just made up and which I will henceforth bestow on people from time to time as necessary. I’ve named it the Donald Trump award as a way to avoid giving it to Trump, because otherwise he would pretty much be winning it every day.

Forney, a hateful rape-apologizing “pickup artist” turned freelance white supremacist dickhead, wins the award this week for a series of Tweets that collectively represent a failure of self-awareness of truly Trumpian proportions.

Hell, he could have won the award for this Tweet alone:

Even setting aside Forney’s delusions of grandeur here, this is patently ludicrous. Twitter is so lax about enforcing its rules that it isn’t even able to keep the ban-evading Forney, a regular violator of said rules who’s been permabanned already at least once, off of its platform. Yet Forney thinks he’s so important, and so “dangerous” to the status quo, that Twitter is engaging in some sort of high-tech secret censorship against him.

Here Forney accuses someone critical of Trump of being a “paid Hillary troll” working for peanuts.

This is, of course, silly, but what makes it ironic is that Forney used to make much of his living writing clickbait/SEObait articles for $5 a pop on Fiverr, a fact he actually brags about on his blog.

At one point in January, I was getting upwinds of 8-10 orders a day, with gig multiples bringing my total earnings to around $400-500 per week.

On paper, it would seem like I had it made, right?

Though Forney ultimately realized that the “Fiverr Hamster Wheel” was a pretty “demoralizing enterprise,” he went on to recommend it to others  in a Kindle mini-book titled “Writing for Peanuts: How to Make Easy Money on Fiverr” in which he offered specific tips on writing phony reviews on Amazon, Yelp and TripAdvisor.

Yes, that’s right: He wrote a how-to guide on becoming an internet shill. Based on his personal experience.

“Sperging out?” I guess that’s one way to try to convince yourself that a good portion of the Internet wasn’t just flat-out laughing at you.

Yet Forney is an avid fan of a guy so thin-skinned he thinks that Alec Baldwin’s spot-on parody of him on Saturday Night live this past weekend was a “hit job” by an evil media conspiracy trying to rig the election against him.

Yeah, Donald, you just tell yourself that.

Nepotism, huh? Here’s a photo of Forney’s idol, whose entry into the real estate world was greased with a “small” million dollar loan from his father (among other favors). He’s posing with several Executive Vice Presidents of the Trump organization who may look a little familiar to you.

I wonder how they got their jobs?

Meanwhile, Forney’s successful career as a sentient pile of garbage was made possible with help from his father, the notorious Islip Garbage Barge.

Nah. I’m pretty sure both terms are useful descriptors for “dudes who are such racist pieces of crap that they use a Tweet about Julian Assange as an excuse to drop one of the white supremacist internet squad’s favorite racist catchphrases.”

This guy is a PUA? Seriously?? He looks more like a serial killer but that’s just me.

Serial killers don’t have a “look.”

If I needed another reason, besides common sense, to not vote for Trump, his band of followers would give me pause. They are a reflection of the worst of society.

As someone who writes about this period, and occasionally reenacts it, I’m going to have to object to this characterisation–Regency style draws on Classical precedents to develop a refined and pared-down elegant backlash to the overwrought and mannered late Baroque.

I do actually happen to like Baroque, in many of its manifestations, but to be fair it’s probably produced some of the worst style offences in Europe–I was pretty overwhelmed when I came across this unawares: 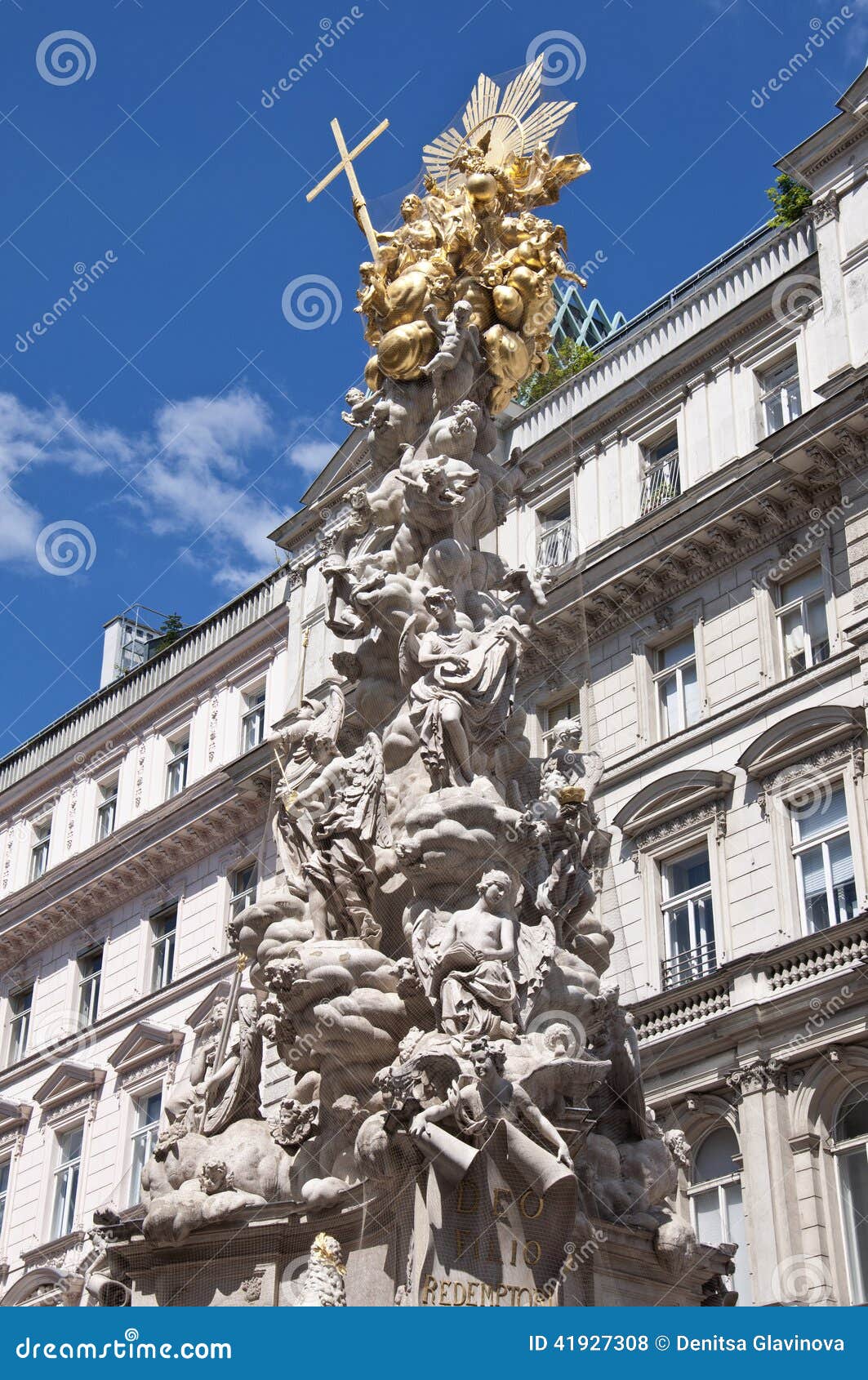 The friend I was with explained to me that the Viennese promised God they’d build it if he preserved the city from the plague, and I answered ‘and if he didn’t they’d build two of them.’ She was not amused.

Eh, whatev. I only comment here once in a rare while anyway. I’d sooner credit any of the artists and cartoonists who spend time picking apart this guy’s rancid opinions on Twitter, since they’re who I get those updates from.

As a woman I wouldn’t want the older or younger human greaseballs looking at me.

“Current French lover of mine”? That’s gotta be a dessert. You misspelled “currant.”

“A girl we picked up on the train ride home together”? A drink, right? With a name that’s kinda like sex on the beach?

What is wrong w/ his head?

He still has that sad, butthurt try-hard expression.

Yet Matt Forney is actually smarter and more principled than the great majority of ROK.

Please don´t judge the manosphere by the likes of Matt Forney, David J Aurini or Roosh, the great majority of them is far blow that bunch… There are thousands and thousands of individuals who believes these guys are geniuses. Geniuses who has uncovered the true nature of women, men and society no less!

You have a point, but have you ever seen the Brighton Pavilion? It was commissioned by the very Prince Regent (later George IV of the United Kingdom of Britain and Ireland) after whom “Regency” is named, and built at least in part during the period when he was regent for his father (1811-1820). However, I must admit, I like it, while the monstrosity you pictured looks as though some unfortunate deity had eaten someone who disagreed with them, and then been caught short.

French lover of mine

Strange, i was thinking that for this kind of person, we were all surrending bastards. Well, i guess we are back to the (overrated) French lover cliché in the pick up artistry fantasmagorized world.

On topic, Forney doing Forney things is just plain. It is his business (in the economic sense), after all.

imagine being so pathetic that you spend every day obsessing over someone you hate online, and not realizing that you are a complete loser

Oh Irony, you’ve got what i need… And when it is about against almost everyone except for your hateful extremist community, what are you not realizing, i wonder… Guest – You’re right, of course. That’s why I said pseudo, as in, he was going for Regency, but missed the mark. Every portrait and photo-op I’ve seen of Trumplethinskin’s homes just makes me wonder exactly what it is he told his interior designers. “Just put lots of fancy antiques in. And paint them gold!”

And that picture you posted looks like an anthropomorphic croquembouche!

ETA: Dibs on the band name.

Every portrait and photo-op I’ve seen of Trumplethinskin’s homes just makes me wonder exactly what it is he told his interior designers.

Hambeast- I call dibs on the band name Anthromorphic Croquembouche…..

Well Trump’s ‘style’ is apparently derived from Louis XIV, more power to him.

@ Nick G I was lucky enough to have the opportunity to dance at the Brighton Pavilion last month; I didn’t expect to enjoy the evening as much as I did, but it was amazing to have the run of the place, with everyone in appropriate costume. I’d suggest that its style has a kind of joy and exuberance lacking in that of either the ancien regime or Donald J. Trump. (You could use the word ‘fresh’ to describe both the Brighton Pavilion and more elegant Regency decor, a word you wouldn’t feel the urge to use for either traditional Baroque or Trump-ism.)

@ Nick G I won’t tell my friend what you said… 🙂 Viennese seem a bit touchy about their home town.

I find this unauthorised portrait of me slightly unsettling.
Should I just embrace it?

I guess I just don’t have the vibrant imagination of Matt Forney, who is easily able to imagine himself as a woman who’s sexually attracted to the Trump family, who don’t know (s)he exists.

Why would you hate someone who doesn’t give you a second look? Surely you would hate someone based on their (mis)deeds, actions and obnoxious attitudes?

Oh that’s right, I forgot, ALL women are completely obsessed with rich men overlooking every other aspect of them.