“When is Mens history month?” asked a fellow in the Men’s Rights subreddit calling himself Amazing-Window-346.

I’m not sure I agree with you a hundred percent on your statistics work, there, Amazing. Men make up 53 percent of the workforce in the United States, not 70 percent; roughly 60 percent of women and 40 percent of men see themselves as feminist.

Not that being right about things has ever been a big part of Men’s Rights “activism.” Indeed, when one commenter corrected Amazing-Window’s butt data on the percentage of men in the workforce they got voted down below zero.

Anyway, a bunch of other Men’s Rights Redditors are equally mad they don’t have a month of their own. After all, they hunted the mammoth built civilization with their bare hands while women sat around having babies and eating bon bons or their historical equivalents.

Sigh. Just get used to it: you will not be celebrated. You are not valued. Society does not want you. The fact that society has been, by and large, created by men is irrelevant. The contributions of men are irrelevant. You are a man: you do not have value – you ACHIEVE value.

Misandry_Today had a somewhat different take:

Every month is Men’s history month. This is because men built the entirety of civilization. As a result men should be celebrated every day of the year.

PigTenis agreed that this was why men deserved a lot more than a month.

Bro – entire history of humanity is Mens History. Nearly all conquests, wars, great works of art, architecture, inventions, or atrocities. Why ask for a month when you got millennia ?

But that’s why we need a month, replied OldEgalitarianMRA.

Men cannot be faulted for making so many great discoveries. This is even more reason to celebrate men and their contribution to our society.

I say, give these poor baby men a month. Call it Men’s Herstory Month, just to piss them off.

@to whom it may concern

Huh?? Are you talking about someone who posts here? Never seen anything like that. Why don’t you just name them?

Although I personally would opt for “Anonymice” until corrected, just because I’m a terrible little Chaos gremlin who is easily amused.

You are now my favorite little gremlin. And I like your nick.

Congrats to your cousin! Hope she gets all the rest she can in the meantime.

Hope you can get that money back!

Heh, speaking of superhero(ine)s, I was just coming to post this. 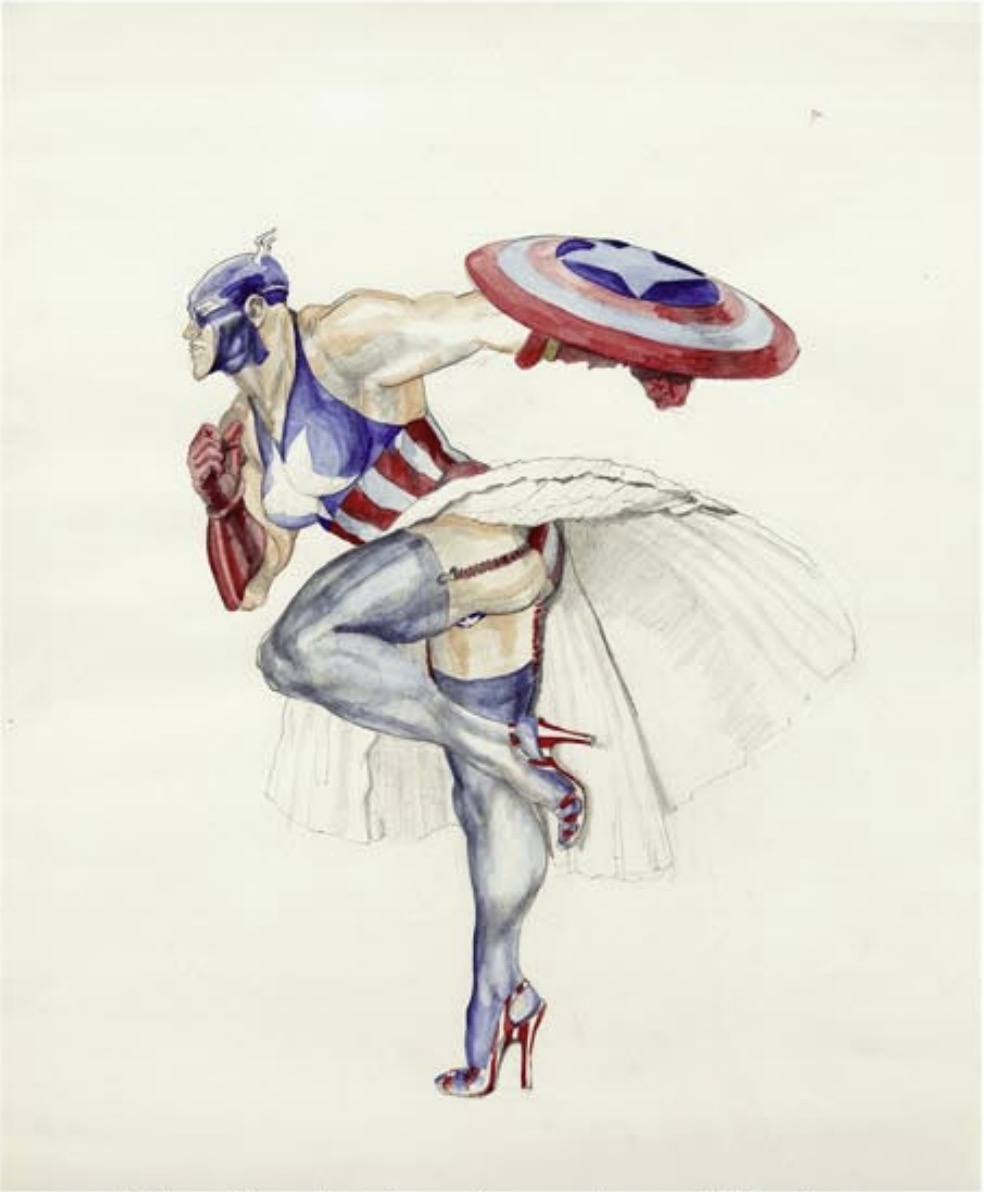 This is by Margaret Harrison. She was one of the women who flour-bombed Bob Hope.

And she’s from Yorkshire.

I was reminded of The Hawkeye Initiative:

Shame I couldn’t find a pic of Bunny Boy Hef, nor was the flour-bombing incident mentioned on that page.

Shame I couldn’t find a pic of Bunny Boy Hef

She had to redraw it as the original went missing; but here you go!

And a bit more about her here.

And a nice little snippet about the Miss World thing.

@Queen of the Harpies,

If I knew who to report it to, I would.

Should I ask why Bob Hope got flour bombed? O.o

Should I ask why Bob Hope got flour bombed?

It was a Women’s Liberation protest at the Miss World contest when it was in London. Bob Hope was the host.

I went to look for some footage of the incident. There’s quite a lot of documentary type stuff about it on YouTube. But apparently there’s now a film about it!

Well her oldest is a toddler so I don’t think rest is something that’s gonna happen much. She is a very traditional catholic woman. Her family is. The kind that like verges on cultish sometimes. So she feels really guilty about using birth control. She wants a big family too but not when her husband is overseas. This was not a planned pregnancy, and it kind of came at like the worst time. But luckily there is enough family around to try and help her out as best we can. Luckily her older sister lives next door to her and I live in the same city.

Once again, thank you. I’m a little disappointed that the flour-bombing didn’t seem to amount to much. When I heard his gross jokes, I was hoping he’d catch one right to the face, but it seems only his shoes got a light dusting, if that. Pity.

Seems kind of dismissive how the youtuber labels this a “blooper”. He made sexist jokes; the women protested. This wasn’t like him stumbling over a cue card or a set piece malfunctioning.

Can’t the card company help get your money back? Sorry, not really familiar with how this works.

She is a very traditional catholic woman. Her family is. The kind that like verges on cultish sometimes. So she feels really guilty about using birth control.

Ugh… Well, best of luck to her, both now and in the future.