So I’ve been doing a lot of weird search term combos lately, to see how various manosphere obsessions intersect. And the strangest combinations of terms often lead me to threads on 4chan.

I found the following comment in a thread on 4chan’s /pol/ forum that popped up when I searched for “yoga pants” and “race-mixing,” though the comment itself only contains one of these terms. It’s probably the most horrific sentence I have ever read, and all by itself it might possibly ruin your whole day.

While this sentence is not, you know, true, it seems to be a sort of distorted extrapolation from a real research study published by two Penn State researchers last year which found that the stress of child sexual abuse can accelerate puberty in girls by as much as a year. Which is, to quote Mr. Anon here, fucked up.

So here are some prairie dogs hugging. because at this point I think we all need something a little less depressing to think about.

Oh, brigading them sounds awesome. I know it’d be pointless just attacking their dumb beliefs by my lonesome, as they’d just shoot me down because they’d vastly outnumber me.

But with strength in numbers and all that, they’d have to reckon with reason.

@ Paradoxical Sending you all the platonic hugs you want. If you feel you need permission from random strangers, then you have my permission to have all the toys you want and play all you want.

@ Dormousing_it Hoping for the best for your brother-in-law.

I have heard that any kind of stress can advance puberty, but I’ve no idea whether it’s true. 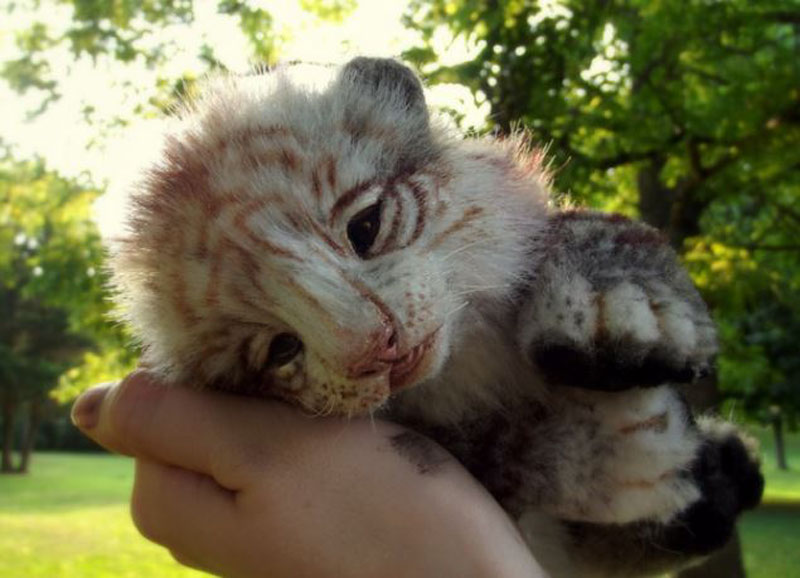 @Dormousing_it and @Paradoxical, I only wish I had something actually useful I could say … anyway sending my best virtual hugs, and best hopes.

all the very best to you both.

@Dormousing_it, I’m glad at least that he is getting treatment and it sounds like it’s being treated seriously. It’s the best you can hope for. I hope it all turns out okay in the end <3

@Dormousing_it, I hope he gets well and comes out whole. Hugs.

There’s not much need. Outside of their own board, the denizens of /pol/ are generally despised by the rest of 4chan. And don’t bother brigading. They might not be able to ban you but they will drown you out in a tide of madness while ignoring any possible argument you might have against them.

You forget that you’d be engaging them on their own turf, and they’d be more likely to assume you’re just one person who’s using multiple IPs and denounce you accordingly. Save your anger for making an impact where it will stick.

And don’t bother brigading. They might not be able to ban you but they will drown you out in a tide of madness while ignoring any possible argument you might have against them.

My brother-in-law survived last night. That was the critical time for him, it seems. He’s doing better today.

Are you sure that cub is real?

It looks… unique. Different from all other pics of siberian tiger cubs i’ve seen.

@Makroth
It’s not uncommon for white tigers to have other genetic mutations, maybe that’s what’s going on with that cub? It seems to have some kind of albinism with that coloring.

Congratulations that your brother seems to be picking up; have some courtesy dormice:

The cub is a doll by a very skilled artist that goes by Wood Splitter Lee:

They’re so lifelike it makes them easy to mistake for real. Wish I had that talent.

As to the subject of the post, I have no words…

@Paradoxical Intent, and everyone else relating childhood abuse experiences

Oh dear gods, you have all my sympathies. Complex PTSD is a *bastard*.

I wish I could say that I was shocked, but I think the internet has broken my ability to be surprised.

I bought some new baby rats last weekend. Really sweet rats- they all got piled in with new friends and were bruxing and sleeping together within hours. These guys LITERALLY have far more empathy than this twerp does, and yet were still being sold as snake food. ¯\​_(ツ)_/¯. At least now they have the good life with fresh food, toys, and a shoulder to ride on.

Glad to hear that your BIL is feeling better and that his prognosis is looking less uncertain. It seems that these kinds of things always happen at the worst of times. :/ Sending you hugs, and a hope that you are doing nice things for yourself as self-care whenever you can!

This thread reminds me that I don’t think that there’s been an open thread yet for December?

Also OT: in case you missed my second apology, recently I showed my ass in another thread. Once I calmed down and pulled my head out of it, I realized that I was totally missing what people were saying to me, and how they were defining words, and was basically responding to the shit in my head. Which… is not a good thing. I hang my head in shame.

@Doormousing_it, that’s such good news! I’m so glad he’s pulled through and is in less treacherous waters. All my wishes for healing and recovery, and for you I hope you can enjoy the relief. <3

@Red R. Lion, you're a good egg <3 We're all clumsily trying to figure ourselves out. Good job.