It’s Friday! So let me just ruin your weekend in advance by making you read this horrible thing from the Incels.me forum containing the phrase “pussy mouthwash.”

Because WHAT is “huge turn on for them?”

Amazingly, the discussion that followed this, er, problematic series of assertions somehow managed to get even worse.

While a few bold incels dared to point out that women do in fact wash their vaginas, and that “pussy mouthwash” does exist in the form of douches and other “intimate hygiene” products that actually make things worse, and while one even admitted that he didn’t actually have any understanding of vaginas (” I don’t think I can even imagine what a pussy is at this point”), most commenters in the thread agreed that 1) women are gross and 2) vaginas are gross, even at a distance, with one alleged vaginal odor expert reporting that “I could smell their stank pussies when they wore skirts in school,” describing the smell as a mixture of “fish and cheese.”

As one commenter put it:

I always have the urge to throw up whenever I think about the possibility of some other man’s semen being inside of a woman whenever I might have the opportunity to go down on her. That is SO gross and nasty. Seriously, it DOES stay in there until her period rolls around, which is variable.

Another commenter declared that only

I’m sure that all of these fellows’ balls smell like fresh flowers.

And with that thought in mind, here are a bunch of vintage “feminine hygiene” ads I ran across while looking for a graphic for this post. Click on the pics for larger versions. Enjoy!

And here’s the full ad I clipped the header image from:

H/T — Big thanks to Twitter’s @Justincelthings, an incel-tracking ‘n’ mocking account that tweeted about this horrible discussion earlier today (and from whom I stole the screenshot of Total Imbecile’s post). If you’re on Twitter you owe it to yourself to follow this highly useful if at times horrifying account.

Back when I was 16, I used “feminine deodorant spray.” I gave it up when it became clear that it was irritating me in a very sensitive area. Worst-case scenario — even though I did smell like flowers where you might not think I would.

It was Jerry della Femina’s (this guy is said to have inspired Madmen) ad agency who handled the Feminique feminine deodorant spray account. Even at 16 I was amused.

This may sound like a dumb question, but why was Lysol officially marketed as a douche? I mean, I can see the idea of a floor cleaner being held up as a miracle spermicide via Urban Legends similar to how UL claims WD-40 is a cure for aching human joints, but why did the makers of Lysol go ahead and make that idea official?

Why not slap that brand name over a totally different – and safer – concoction that wasn’t floor cleaner and sell that as their douche? At least that way they could give it a different scent that might be far more enticing to men than something that says ‘freshly scrubbed floors here.’ Or did the Lysol makers and advertisers genuinely believe that Freshly Scrubbed Floor Scent was the ultimate turn-on for the average guy?

Leaving aside the health questions of using Lysol as a douche (plus how many women really did use this floor cleaner like that), what were these guys thinking?!?! Or were they…? 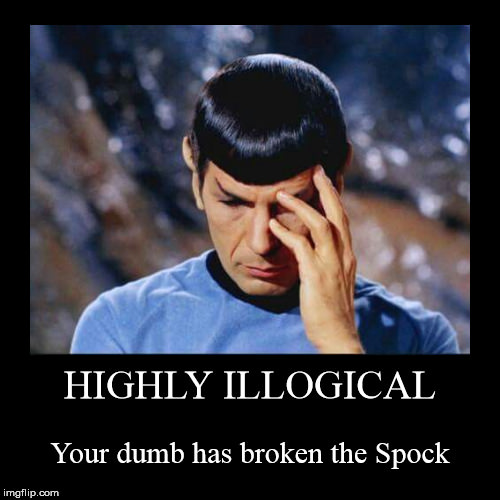 I’m not 100% sure about this, but I believe that Lysol was actually originally a douche product, and was only repurposed as a cleaning agent afterwards. So it wasn’t “Hey this thing cleans floors great, I bet it works on vaginas too!”, it was “Hey this is a highly caustic substance that we’ve been encouraging women to put in their bodies; it probably works for cleaning other objects too!”

The Mother Jones site discusses it as a purported contraceptive, with the adverts being a ‘nod to the wise’ of a way to avoid pregnancy. If douching actually did that, how different the world might be!

Charlotte Perkins Gilman wrote stories about the dangers to women of men returning from war with sexual diseases which threatened their reproductive health, and which could not be discussed or referred to. Douches would have been seen as a (sadly ineffective) protection against these diseases too.

And then there was Pearl S. Buck (1892-1973), American missionary and novelist who won the Nobel Prize in Literature (1938). She tirelessly promoted the adoption of mixed-race children fathered by US service members who left their kids behind in countries hostile to those children.

I’m pretty sure it were the other way around. Lysol were invented in 1890, and weren’t pushed as a feminine hygiene product until the late 20s (It coincided with some doctor pushing for an internal lysol wash during childbirth, to reduce puerperal fever.) Seems like the usual “too much product, not enough market, so invent some new ones” thing. Still – gives me the cringes, and I don’t have a vagina!

Side note on dodgy medicine, courtesy of my grandfather – During WW1 when the troops went to a brothel, they were encouraged to wash with permanganate solution. Before, not after sex.
That’s gotta burn both partners!

Was this in the US? Because, in the drugstores I go to, there’s very little in the way of feminine hygiene products for sale, except for pads and tampons. Like I said, I ‘m not looking for them, though.

I’ve never douched, and I’ve never seen any reason to, either.

Ah, right you are. Oops. That oughta learn me to Google some spurious claim I heard somewhere before repeating it.

I initially misread that as “pomegranate,” and now wonder if anybody at the time was similarly confused.

It’d certainly be less irritating (and frightening – imagine the response of some poor innocent lad from the hills when he notices his dick is now stained dark brown after going to the brothel!)