So I recently checked in on some of the more popular white supremacist hashtags on Twitter and found a bunch of lovely, lovely memes. For a moment I considered poking my eyes out, but then I thought, hey, why not have a contest instead?

So here are some of the memes I collected. Vote for your favorite — by which I mean the one that makes you want to poke out your eyes the most. And remember, when considering white supremacist memes, unreadability and incomprehensibility are pluses!

The Chart of Great Unreadability

Who are Jew? Who who, who who?

Er, why is there a kitty?

Why is there a car?

NOTE: This meme is so terrible I’m not going to post it, though you can see it by clicking on the kitty below

The Programmer, Programming Away

Vote for your fave!

@John
That sounds so cool! C’mon, science, get to work

@frankencute
1stly, your name… teehee!
‘Africans’ are only ‘pure’ if we pretend that Boers/Afrikaners, Arabs, Indians, etc. don’t exist. And what about Khoi-San-Bantu-whathaveyou mix? Greek and Turkish is considered a mix, as is Indian and Chinese. Zulu and Oromo isn’t, cos, hey, it’s all black people anyway. Ugh

@Doc
There are 6m Jews and and 3m Muslims in this country. Muslims still get by far the worse shit, but 6m is gonna bring out the Stormers

is anti semitism more of a thing in the USA? In the UK I see islamophobia more regularly.

I think the keyword is ‘see’. Islamophobia is more overt. Anti-semitism is more dog whistley. Bigots are happy to use the word Muslim (or use slurs) but when it comes to anti semitism it’s coded with words like Zionist or bankers (or similar reference to finance or other positions of power) or uses criticism of Israeli policies as a smoke screen.

I don’t think it’s helpful, or even possible, to quantify such things but there does seem to be plenty of anti semitism in the UK unfortunately.

Someone was wondering on the chart how destruction of gender roles creates cheap labor, as always, don’t overthink these dullards:

The answer is that women working full time is regarded by them as the destruction of gender roles.

The cheap labor is the rise in labor force participation by women due to feminism.

They think that women having jobs is bad and that it depresses the wages of the men (double bad).

OT, or maybe reversed? An attempt at being progressive from an old comic, no idea from what year.

I like the Brotherhood Quotient one but the risk averse attitude promulgated by that second one is the reason the Reds beat us into space!!!!

Probably good that the early astronauts weren’t required to swordfight their Russian counterparts as well.

Plus they have no idea how the pharmaceutical industry actually works on that point. I mentioned that comment to an Internet acquaintance, and she mentioned that the fame that would follow the person/company that actually came up with a workable vaccine/cure would be worth more than the money supposedly found in doing just treatments would be.

Personally, I put such theories on the same level as the ones that claim car engines that can go thousands of miles on a single gallon of gas can be done today, but Detroit just buys the patents to those and makes sure they never see the light day to keep money flowing to Big Oil. Oh, and they kill the inventors so they can never tell another soul about how their miracle engines work and put Big Automotive and Big Oil out of business.

Or the theory that run-resistant nylons can be made now, but the fashion industry gets too much money from women buying new hoses every time their nylons get a run in them to make them for sale.

And don’t forget how a lot of American tycoons and other capitalists looked up to fascism before WWII as an answer against the “mob” of workers’ unions, communists, and immigrants

Now we know why! 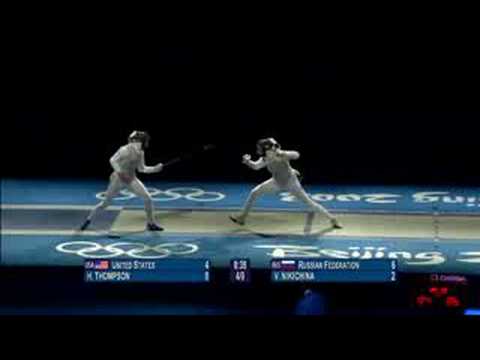 Defeating Communism was one of the worst things the USA did. When there were ‘Communist sympathisers’ or even outright Communist Party members, they were kept in check. Now they don’t have to watch their backs for a worker’s uprising, there are no unions, and the corporations can do whatever they please.

Had to go with the Race Traitor one. Fascist bully boys are always shouting this over here (GB)

Whigger is a portmanteau of white and a certain racial slur that starts with an n. It means a white person who is perceived as “acting black.”

Saw the “race traitor” one.

I don’t know which would be worse: that whoever came up with that genuinely didn’t stop to think “will this make me look evil to anyone who isn’t alt-right”, or that they were deliberately going for nineties-style “I’m so edgy please pay attention to me” grimdark.

Yeesh, out of all of these, the image of the gun to the head is the most honest.

Neo-nazis love to paint themselves as a beseiged and oppressed group standing up against some kind of injustice or global conspiracy, but really they are exactly the jackbooted thugs that they desperately pretend not to be.

I was confused by the inclusion of Wilhelm Reich. Did the Neo-nazis fail at reading comprehension and think that his quote was in support of their ideology? Or is that barely-legible watermark there to brand him as a Cultural Marxist?
It kind of fails as a propaganda piece when the person you’re trying to smear makes a really compelling argument, and the best you’ve got is “don’t listen to this guy, he’s a commie!”.

Anyone else think the & mixers image was probably lifted bodily from Jack Chick?

I don’t understand the intent of the Wilhelm Reich quote. Because Reich was born to Jewish parents? Did someone think it was putting down White Supremacist Motherhood Idolatry or something? I kept reading it, waiting for the punchline where Reich encourages Jewish Fascists to eat tender, White Christian Babies. (Fun fact: Nobody eats babies. Babies are basically flavourless lumps of fat and cartilage. Mashed potatoes are more interesting than babies, gastronomically speaking.)

‘The guns to heads‘ one is certainly off the scale, in terms of, ‘people are cattle, keep the breeding stock pure,’ unpleasantness.

Whiggers and Mixers. The fact that these people are prepared to kill their own just because she had a mixed-race child is as White supremacist as it gets.