Earlier today, as you no doubt have heard, legendary British actor Alan Rickman passed away, at age 69, from cancer. Actress and activist Emma Watson, who had worked with Rickman on numerous Harry Potter films over the years, paid tribute to a man she had considered a friend, writing on Facebook that she felt

lucky to have worked and spent time with such a special man and actor. I’ll really miss our conversations. RIP Alan. We love you.

Watson followed up her tribute by posting a number of quotes from Rickman on Twitter, including the one above.

And that was all it took to rouse the vast internet antifeminist troll army, who took to Twitter to attack Watson for supposedly “exploiting” Rickman’s death to push her evil man-hating agenda. They called her a bitch, a feminazi, a whore, a tw*t, and of course an SJW; they dropped the c-word so many times I fear it might be permanently broken.

Never mind that the “agenda” she was supposedly pushing was in fact Rickman’s agenda too. She didn’t make up the quote; they were his actual words, from an interview he gave to Australian chat show One Plus One. Watson was remembering Rickman as the feminist he was proud to be.

Perhaps the most offensive Tweet of the day came from the unlovely and untalented “journalist” Milo Yiannopoulos of Breitbart. Several days ago, you may recall, Milo attempted to use David Bowie’s death as a way to get some cheap publicity for himself; he rather outdid himself in this department today with this insensate Tweet:

On the topic of the OP… 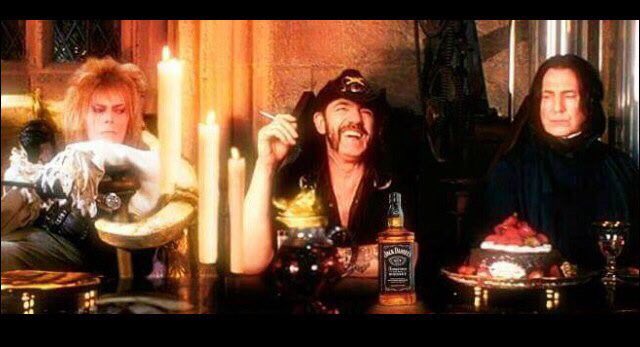 Oh, that’s so wonderful . Is it stealable? I have some friends I’d like to share it with.

(Sorry, I failed to credit properly. I found it on Twitter.)

Ah well if I understand twitter etiquette you’re encouraged to forward stuff, so copying the pic to mates amounts to the same thing.

As a n00b here, I really don’t want to be arguing for these arsehole anti feminists, but the ones that I read on alt.feminism 20 years ago had a few.

The vast majority were clearly extremely bitter and angry over what they perceived to be unfair treatment by the court system that allowed their wives to have custody of the children and an unfair divorce settlement, especially if the wife was unfaithful and chose to end the relationship.

A few argued that affirmative action in education and the workplace was unfair.

Some complained about domestic violence against men being ignored/victim blaming.

Many blathered on about choice4men, arguing men should have the same ‘reproductive rights’ as women, i.e. they should be able to have sex with multiple women without protection and then have no responsibility to provide for their children etc.

There were other issues which elude me right now but these were the main ones.

Basically they wanted to return to the days when women didn’t get (or want to get) an education and thus offered no competition in the workplace, and when women were encouraged to be passive, doting wives whose only desire in life was to be a perfect housewife.

I think most of them forget that this was a post-war propaganda campaign by the government to encourage women who’d worked during the war to allow returning soldiers to have their jobs back.

In the UK it happened too, I think, despite there being a massive shortage of labour.

It’s bizarre that so many desire a return to a period in history that was brief and temporary. Working-class women have always worked.
I guess most of them were children of the 50s and 60s, of middle-class parents whose mother embodied this ‘perfect housewife’ ideal. They wanted what their fathers had. An obedient, subservient wife who needed them for survival and who could be punished if she stepped out of line.

On the topic of privilege, there are some limited resources that will need to be shared better if women and people of color are made equal, and that’s where white men stand to lose things. For example, acceptance into universities. There are a limited number of spots available, so if we fix the system so that women and people of color have an equal chance of getting into that STEM school that’s currently overwhelmingly white male, less white men will get in.

As another example, white men tend to dominate the conversation in meetings, so if women and POC are given equal time to talk, white men will get less time.

On the subject of men in the feminist movement:

Personally, I now call myself a ‘feminist’ or an ‘ally’ only when speaking to those outside the movement. In such conversations, trying to explain the nuances of why I might avoid the term are usually a bit of a derail of the actual topic (say, abortion rights), and would pull the spotlight away from what’s really important.

When in feminist fora like this one, I try to avoid using those labels, because it’s a good way to keep in mind that I possess privilege that I cannot ignore. I try to be an ally, but the only people who can decide if I am succeeding or not at any given time are the women I’m seeking to support. So if a feminist calls me an ally, I will accept the label with the honor it implies, but I do not self-apply it.

This same duality extends to the “feminism helps men, too” concept. In here, honestly, there’s not much point in going on about how men will be helped by feminism. In a discussion with other men who are not feminist supporters (particularly on specific topics), OTOH, I will sometimes resort to appeals to enlightened self-interest.

Women have already been expected to take a backseat in literally every other social justice movement. To ask us to drop everything to help men in our movement is absurd.

I appreciate that this is not a super-recent thread and the discussion has moved on a little bit, but I thought this was such an incisive observation! Especially since a lot the MRAs who make this objection seem to be from the ‘classical liberal’/’equalist’ (as opposed to the out-and-out neo-Nazi wing – I guess that might be a distinction without a difference) and not necessarily totally opposed to social justice movements, at least on paper (in practice, I think most of them are so lukewarm and use such narrow and qualified definitions regarding racism, sexism and other struggles that it makes zero odds). Like, you’re prepared to support the movement specifically established to correct injustices against women as long as it doesn’t spend too much time correcting injustices against women? AUGH!!

Also, while I’m catching up: does anyone know if the random post feature is genuinely random, or if it selects articles that are at least somewhat similar to the article in question? Because last time I was catching up on this thread, I followed a link to a random article from a few years ago and there was someone else arguing about why it was totally unfair that they weren’t allowed to use the c-word….

I’m pretty sure it’s truly random and it’s just a coincidence because it’s such a common whine topic.

Feminists , still retarded after all these years. There are women who face real issues in the world, instead you retards focus on first world problems.

Women get their clitoris chopped off in Muslim countries, you retards don’t say a word.

These scumbags are so fucking disrespectful. It’s good that Milo was permanently banned from Twitter eventually.