On Monday, Canadian fusspot philosopher Jordan Peterson looked at a picture of a young woman in a bikini — specifically plus-sized model Yumi Nu, who will be the cover girl for Sports Illustrated’s annual swimsuit issue this year. A disgrace, he thought, and so he hopped onto Twitter and posted this mean little tweet:

At this point, the entire internet rose up as one to tell Dr. Peterson that “no fatties” was not the deep philosophical take that he evidently thought it was, even if he threw in a comment about the forces of “authoritarian tolerance” that apparently made him look at the picture against his will.

Peterson told his critics on Twitter to bring it on.

But it turned out that he really didn’t want anyone to bring anything on; less than an hour after his “bring it on” tweet he announced he was … leaving Twitter.

So let’s see some of the “vicious insults” that sent him packing.

Some of his twitter critics offered pointed, if brief, rebuttals to the assertions in his “not beautiful” tweet.

Some less polite tweeters thought it was a little weird that Peterson would comment on someone else’s beauty or lack thereof given that the formerly not-unhandsome Peterson now bears a strong resemblance to a cadaver having a very bad day.

Other commenters defended the Nu, noting that her brand of beauty might not appeal to Dr. Peterson but it sure did to them.

There were a lot of these. America seems to have an ever-growing appetite for thicc women. Not that there’s anything wrong with that.

Weirdly, it wasn’t just the Peterson haters who had a problem with his tweet. Quite a few of his fans expressed their disappointment.

Peterson had surprisingly few defenders, some of them evo-psych-spewing weirdos.

Others were simply big fans of Kate Upton:

Sure hope she sees this, pal!

The whole debate, such as it was, left some commenters pondering one as-yet-answered question.

Actually, this is only really a mystery to Peterson and his most devoted fans. The rest of us figured it out a long time ago. Perhaps the response to his not-beautiful tweet will suggest to him at least one reason why.

So beauty is about not getting eaten by predators? That explains my armadillo-style plating and ability to bury myself underground quickly.

Also, if I looked like Yumi Nu, I would wear a bikini everywhere.

While the insult was funny, I think you’d have to go down to 8-bit before Peterson could compare with Christopher Lee.

Beauty is actually scientifically shown to follow direct patterns, such as the golden ratio 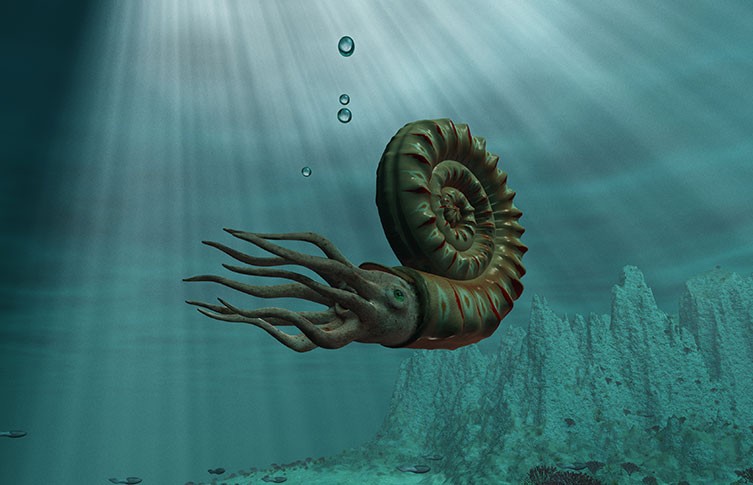 I thought the manly mammoth-hunting menz were supposed to protect the wimmenz from predators.

Also, the ability to store fat is a survival trait for times of famine or winter food scarcity.

Sorry, David. Sorry, Internet. Your arguments are absurd. This is in fact my top concern at all times: Does Jordan Peterson have a boner right now.

Beauty is actually scientifically shown to follow direct patterns, such as the golden ratio and body symmetry. Those are direct physical indicators of health and the ability to produce healthy offspring.

Because that’s what this guy is thinking about: Who will give me healthy offspring. And this poor model loses out.

Some of those beauty standards responses to Jordie’s post ring very true. In fact, I loved the “mayonnaise and dryer lint” description! I don’t think his face would meet standards of mathematical symmetry that some argue constitute beauty, therefore, he should keep his stones out of his glass home. And he should keep his vow to stay away from Twitter.

Last edited 1 month ago by Katherine the Adequate

This was such a weird tweet I almost thought his account was hacked. He likes to portray himself as a (pseudo) intellectual and yet drafted a tweet which is basically him complaining that Sports Illustrated made his boner sad.

Also the second guy defending him (James Derin) is odd. How do people get to adulthood and not realise that attraction and beauty are subjective? There maybe some generalisations about general trends but ultimately he seems to think that the people who find her beautiful are lying? Why would anybody lie about what they like?

There’s this weird idea, among some of the men who prefer “slim and stacked” (need a better name for that) that this is the only thing that men could ever like, and any who claim otherwise have been brainwashed by teh jooz into rejecting their natural inclinations. Which is of course wrong and dumb, and ironically only as popular as it is due to the commercialization of women’s bodies.

Big talk from a man who looks like a withered Skelton from Jason and the Argonauts.

“Withered skeleton” would be a substantial improvement for that guy.

You know, stripped of the context, JBPs tweet about “the endless stream of insults” and “the incentive structure of the platform” seems like a pretty decent summary of the problems of twitter. But then you add context and he’s just a whiny jerk who is reaping what he sowed. Such tough guy, much self-control. Much wow.

This ugly old fart actually looks at this absurd SI issue long enough to comment upon it?

And I berate myself for wasting time on trivial things.

Whatever, JP has always been a pompous, yet boring pile of racist/sexist shit whose only purpose is to help identify people I never want to speak with, about anything, nor do any unessential business with.

Anyone who admires anything he says is someone dead inside.

I know Peterson doesn’t actually pin his hat anywhere with true conviction (as he likes the money his alt-right fans provide while still having the room to disavow them) but what exactly is the imagined end game of this authoritarian tolerance?? “First they made me fancy fat girls, and I did not speak out…”

Also of his defenders, so many referenced health as the reason why this woman is apparently inherently unattractive (and if you are one of the millions who disagree you are brainwashed or a degenerate!). Of course fatness and health is its whole own conversation BUT even if you take it at face value, these guys might be interested to find out about the consumptive beauty prized in the Victorian era, where the glittering eyes and flushed cheeks of end-stage tuberculosis were seen as HELLA HOT.

Actually body fat is coveted in the wild. If you have a lot of muscle consuming energy even at rest and no calories stored, you’re gonna have a bad time. She’s more suited to go walkabout than a body builder.

@ Alan Robertshaw
Ammonites are beautiful. I have a childhood memory of finding them in Kimmeridge clay on holiday, I don’t know how reliable that memory is mind.

@ Elaine The Witch
I think he looks more like an unwrapped mummy, all that dessicated skin drawn too tight over the bones. Skeletons can be beautiful, though I’d guess not his.

He also didn’t actually stop tweeting after he claimed he was flouncing, so he sucks at that too.

This is really a perfect example of how Peterson and his fans pretend he’s some kind of lofty philosophical genius, when really he’s just spewing boilerplate conservative nonsense. “No fat chicks” is about as bog standard rightwing asshole as it gets.

To be absolutely, scrupulously, overgenerously fair, I think a case could be made that that particular bathing suit Nu is wearing on the SI cover is not beautiful.

Which of course does not mean that Peterson isn’t also a garden-variety clueless old sexist pig who mistakes his personal preferences for objective aesthetic principles and then gets mad when not everybody agrees with him.

Today I learned that Sports Illustrated is nothing more than a wicked outlet of authoritarian tolerance. And must be stopped? I mean, I know he didn’t say that but I think it’s (heavily) implied.

Anyhow, aren’t we so incredibly fortunate to have this guy to tell us what isn’t beautiful? I’m just unfathomably thankful that we all aren’t forced to buy a copy of this magazine (yet)!

Actually body fat is coveted in the wild. If you have a lot of muscle consuming energy even at rest and no calories stored, you’re gonna have a bad time. She’s more suited to go walkabout than a body builder.

This. See also why you often see strongmen etc with at least a bit of a gut. Body builders (and movie stars) starve and dehydrate themselves for that ‘ripped abs’ look.

The gross creepy thing that is the subject of this post is repulsive and completely unattractive.

To all cis men: if you do not meet my standards of physical attractiveness I DO NOT WANT YOU NEAR ME. I have no other use for you! Even in the .00001% chance you are actually attractive enough for me I have zero interest in you unless you worship me as a living goddess. No comprise!

I hope that makes gross creep even more angry. Gross creep claims to be a psychologist so if gross creep would call me mentally ill for thinking what I think and doing what I do GOOD! Yay!

Now I’m going to go play with my pet guys. And the anti-hug asshole can fuck off too because I’m going to cuddle a long time and orgasm as much as I want with my beautiful pet men.

Yes regulars have heard all this from me before but I’m saying it on this post for a reason. Plus maybe an incel will read it and get upset.

What Peterson doesn’t realize is that the picture of Yumi Nu isn’t for him. The average age of magazine readers keeps rising and publishers are trying to get younger readers. Millenials and gen z just aren’t that into the genre that might be described as “wank material for guys that aren’t brave enough to buy Playboy”. The Victoria’s Secret fashion show is no more. The Sports Illustrated swimsuit issue has experienced falling sales for years. They’re hoping that using more diverse models will attract younger readers, not boomers like JP.

JP and his ilk don’t like to hear that other adults have different definitions of “attractive,” and they don’t like it. Which … they’re allowed to keep liking what they like. No one’s going to yuck their yum. But they aren’t allowed to pretend that their tastes are the One True Preference. That was never true.