Wishing my beautiful daughter and her date a great time at prom #BadBoys pic.twitter.com/T5JRZQYq9e

Feely later clarified that the picture was meant as a joke, so I guess it’s a bit of a relief to know that he wasn’t literally planning to gun down his daughter’s boyfriend if he found out that the two had engaged in some variety of sex-having.

As jokes go, though, this isn’t exactly an original one. A quick search on the Google will turn up countless variants on Feely’s joke, many of them available for purchase in the form of signs and t-shirts.

Not everyone on the internet thought Feely’s variation on this old joke was all that funny.

I keep seeing that photo of the Dad holding a gun while he poses with his daughter and her prom date. Some folks can find that funny, that’s on them, but that’d be the last time my kid was around said family.

Gonna have a daughter so I can threaten her prom date with a gun and propagate my antiquated toxic masculinity by letting everyone know that I consider her lady parts just another piece of my property and send her a coded message that her sexuality is shameful to own the libs.

ME: Teach boys not to rape.

THEM: That's ridiculous, rapists are psychos, everyone normal already knows rape is wrong.

ME: Why brandish a gun in your daughter's prom photo?

THEM: Because girls have to be protected from boys' uncontrolled sexual aggression, that's just normal. https://t.co/MTWj8JObcV

So much bothers me in this "joke." The gun – yes, obviously. But dad inserting himself into his daughter's prom? No. Stand down, dad. This isn't about you in any way. This is just telegraphing the message she is your property until you say otherwise. Gross.

Nothing screams gun safety like threatening your daughter’s prom date with a handgun. ??‍♀️ https://t.co/AsGCmKo3an

Some made their own jokes:

Listen buddy if you want to take my daughter to prom you have to take me to prom too. You've gotta pull up to my house in a limo, attach a corsage to my wrist and awkwardly hover your hands over my ass while we slow dance to I Don't Want To Miss A Thing by Aerosmith.

And then, of course, there were the cute animals.

Wishing my beautiful daughter and her date a great time at prom#BadBoys pic.twitter.com/D7JoGgi41G

But my favorite response was the angry email that gun control activist Shannon Watts got from someone insisting that the dad was perfectly correct to pull out his gun to “protect” his daughter’s “chastity” because once a woman has been with too many dicks she loses the ability to love.

Email I received in response to my tweet about Jay Feely holding a gun in a prom pic with his daughter and her date.

Huh. Seems like I’ve heard that argument before. Evidently, the Men Going Their Own Way subreddit is leaking again.

Basically, only women or teenage girls who are dirty whores enthusiastically have sex before marriage. Therefore, if my daughter has sex with her boyfriend, it would make her a dirty whore. I don’t want to think of my little girl as a dirty whore. Therefore, I’d better do all I can to stop her from getting the dirty whore label.

You cannot believe how many people on a twitter defended the Mr. Feely for the gun joke. Aside from the usual cries of “beta male” and “soy boy”, Twitter trolls asserted that “it was just a joke” and that people who complained are just prudish, humorless buzzkills who either don’t understand comedy or are actively trying to “destroy” it because of “political correctness.” Two things:
1: This is extremely ironic coming from people who demand the cancellation of any TV show that makes a joke at Donald Trump’s expense.
2: COMEDY. IS. SUBJECTIVE. It’s entirely possible to have a sense of humor and just not find certain things funny. The “it’s just a joke” defense doesn’t work when the joke itself is not funny.
I find Mr. Feely’s joke unfunny for two reasons: first, because to find the joke funny would require me to sympathize with the father and agree with the assertion that women shouldn’t make their own choices, that they are daddy’s personal property and their sexuality should be shamed and repressed.
Second, Feely wasn’t even trying to be clever or humorous; he was just rehashing a tired cliche. Seriously, the “overprotective dad” schtick has been done to death! We’ve all seen it millions of times by now! Just let it die!
(This, BTW, is why I was so surprised to see that the schlockfest “comedy” Blockers, which is just that one joke over and over for 90 minutes, got so many positive reviews.)

Kupo and Treehugger, I highly doubt the majority of Americans have those attitudes anymore, outside of observant, church going Christians (who are a minority in the USA). Or I should say, the religiously observant (taking into account Jews, Muslims and some other fanatically religiously affiliated Americans).

Sex before marriage has been normalized a long time ago in the US.

Well, evangelical Christians make up around a quarter of the population. That’s more than enough to make extreme concern over women’s chastity commonplace. Especially in the bible belt.

25%?! That can’t be according to the latest PEW. My impression is that Christianity is all but gone, on its last leg in the usa, accept for some reconfigured “cultural Christianity lite” like Christmas vacation and trees and shopping.

The Bible Belt maybe (and that’s a big maybe) 25%. But that’s a small portion of the states.

My impression is that Christianity is all but gone, on its last leg in the usa,

And you live where, exactly?

“I find Mr. Feely’s joke unfunny for two reasons: first, because to find the joke funny would require me to sympathize with the father and agree with the assertion that women shouldn’t make their own choices, that they are daddy’s personal property and their sexuality should be shamed and repressed.”

Well she’s a high school kid living with and off her parents presumably so they would have some say in her personal life, maybe even legally, depending on her age. Not property, but parents do have say.

Feelzy’s trope is a tired cliché however.

Let me guess, in Blockers the kids did whatever they wanted anyway right? And come out looking “wise beyond their years” while their parents were made to look like silly fools.

Nope. The kids decide not to have sex after all, and the father beats the shit out of the girl’s boyfriend anyway. The daughter initially calls him out, but is touched by his good intentions.

Kupo and Treehugger, I highly doubt the majority of Americans have those attitudes anymore, outside of observant, church going Christians (who are a minority in the USA)

This “joke” is literally part of purity culture. You’re saying you don’t think anyone partake in the culture this joke originates from and you’re using that as a reason to assume the joke has some other context. Christians make up 70% of Americans. Evangelicals 25%.

Nope. The kids decide not to have sex after all, and the father beats the shit out of the girl’s boyfriend anyway. The daughter initially calls him out, but is touched by his good intentions.

WHAAAAT? So why on Earth did The Mary Sue call this movie feminist and respectful of the daughters’ agency etc? Beating the shit out of daugther’s boyfriend is just inexcusable aaaand in addition I’d have wished for at least one of them to go through with it and have sex without being punished for it. It’s perfectly fine if others change their mind, but if ALL of them change their minds it’s just gonna look like “see? Teenage girls having sex is a super bad idea after all!”.

Dvar, I saw the last 15 mins of the movie, coming out of I Feel Pretty. there were 3 friends and their 3 parents, so each friend had a different experience. That one’s sex partner didn’t get beat up (the dad made a goofy attempt but the boy escaped unscathed and unbothered). They did have sex, oral sex, but I guess since Slick Willy oral sex is not considered sex anymore LOL! There was another girl who engaged in over clothing simulation and she turned out to be lesbian (and everyone was coolers with that (but of course), so “feminist, respectful of ‘agency'”. The one who actually had I guess what is considered “real sex” (since the 90s), that is p-v intercourse, her spying mom got googly eyed after seeing how starry eyed her daughter stared into her “sensitive guy” boyfriends eyes while dancing and she thought “awww” and left the room, giving them their privacy. So “feminist, agency, wow”.

The film ended with typical tired old American tropes: wise kids, foolish goofy parents who shouldn’t have even thought about having a say in their kids’ personal lives (despite paying for everything). I mean, how dare parents have an opinion and set boundaries, right? Which they didn’t in this movie anyway, (otherwise it would not have been positively received).

Also the girls displayed sufficient raunch and know how so “feminist, agency, yay”

Then there was this weird post-ending part where one of the girls found her parents nude and playing “marco polo”. gross.

don’t even get me started on I Feel Pretty, which had its positive, funny moments but totally non (even anti) feminist despite trying to be empowering, self accepting, body positive.

On average, 36% of Americans say they attend church at least once a week. This breaks down by sect as follows:
Catholic: 39%
Evangelical: 58%
Orthodox: 31%
Muslim: 45%
Jewish: 19%
Nones: 4%
(Other sects were mentioned and I haven’t included them here)

The Pew data includes a breakdown by individual state, by education, by gender, et cetera. It’s well worth going through if you’re at all a stats nerd.

2: COMEDY. IS. SUBJECTIVE. It’s entirely possible to have a sense of humor and just not find certain things funny. The “it’s just a joke” defense doesn’t work when the joke itself is not funny.

I’d think if this joke were literally just not funny our subjective view, it could be easily ignored and left for the enjoyment of those who find shotgun dating hilarious.

I’m frankly not sure why we use “not funny” as a code for problematic humor. It makes it more difficult for people to understand the very concept of problematic humor. Naive or disingenuous debaters could easily dismiss it with “comedy is subjective, and some people find this genuinely funny, so it’s clearly just not for you”. As they say, de gustibus non est disputandum.

Lumipuna: I realize now that maybe that point I made wasn’t entirely related. I was just trying there to argue against the assertion that anyone who didn’t find the “joke” funny is just a stick-in-the-mud who doesn’t understand comedy.

I see now that LindsayIrene and I were referring to the same data. Apologies for the redundancy, LindsayIrene.

OK, that’s a separate issue – but I think it’s really relevant who finds what funny, especially if comedy is truly subjective.

I think it was meant to be a joke, maybe in poor taste. He’s a father who knows to protect his family, jeez

Your argument has already been adressed. Reviving this thread was not necessary. 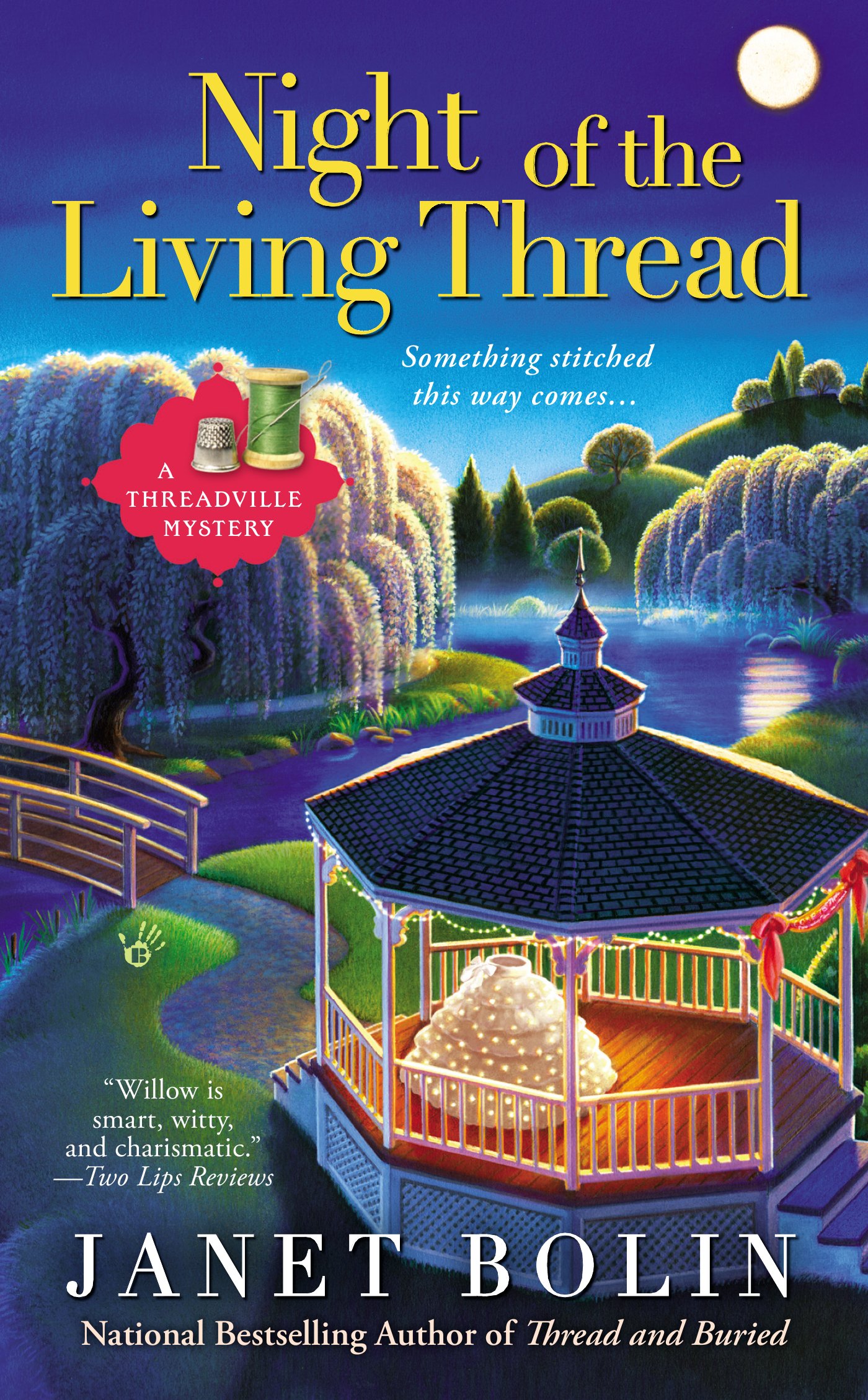