Today The United States was plunged into darkness, literally, and it was a welcome relief from the more lasting metaphorical darkness that overcame the country early last November.

Oh, and our misbegotten president took off his special glasses and stared directly at the eclipse. Because of course he did. Also, he’s bankrupting the Secret Service. More on that in a second. Bur first:

In your FACE, science! pic.twitter.com/h4QUSVCGFu

Trump has now wandered into the White House kitchen and is touching all of the hot stoves.

The most pointed eclipse tweet came from none other than Madeleine Albright:

Enjoyed watching #Eclipse2017. A great reminder that all darkness is temporary. pic.twitter.com/NlK5wTaCtr

But this was my favorite:

Sorry, kids. We have to cut your food stamps because the president can't walk during his daily adventures chasing a little ball he hits. https://t.co/YVSlFx3BW9

"That's too bad" is something you say when you miss a putt, @POTUS. Not when you hear about missing sailors. https://t.co/MBQirXUMQy

other things Trump thinks are “too bad" pic.twitter.com/yWok7GDJzR

The Pepes have a new plan. pic.twitter.com/0e9J3nOchC

And now the cute animals:

If only we had a bigger bed https://t.co/idhiHNGY5m

I was having a minor bit of trouble grasping why the shadow is only 70 miles wide rather than the width of the Moon. I understand it now, but at one stage we were seriously having the “this one is small, the other one is far away” conversation.

Have they installed outlet covers in the White House?

I hope they didn’t.

http://kotaku.com/splatoon-2s-lobby-fills-with-lgbt-pride-in-response-to-1798186002 Probably off-topic, but Miiverse posts are close enough to tweets I guess?

That’s what the recent renovation at the White House was for: Child proofing.

Unfortunately there wasn’t much coverage up here in Halifax. You could see the way it changed some of the shadows, and I’m sure that looking at it through the good ol’ glasses or telescopes would’ve been great, but nothing really directly noticeable happened during.

Toronto had no end of coverage and yet… it was only partial here too. The light changed a little bit, but yeah, kinda anticlimactic.

The hype bugged me, as hype is wont to do (blasted slow August news days). The media was going on about it like it was the next coming of Halley’s Comet. Yeah, total solar eclipses are rare and I’m sure it was neat to see for those that did, but they happen more regularly than Halley’s… so a little perspective on the part of the news media would have been appreciated.

The clouds cleared here and we were at 78% covered. We had a welding helmet and I took a brief glance – it was pretty cool.

It got darkish but the shadows were the weird thing!

I know Barron is off limits but I thought he looked cute and teenager-y. I have a soft spot for boys around the same age as my son, of course. I was disappointed to hear that some conservative sources made an issue out of how he’s dressed (too casually, I guess? I dunno). He’s a young teen and he looks appropriate to me.

@Lady_Zombie: I’m sorry to be the one to tell you this, but I think you might have shifted over into the dream world of Yharnam during the eclipse. At least you still have internet access! 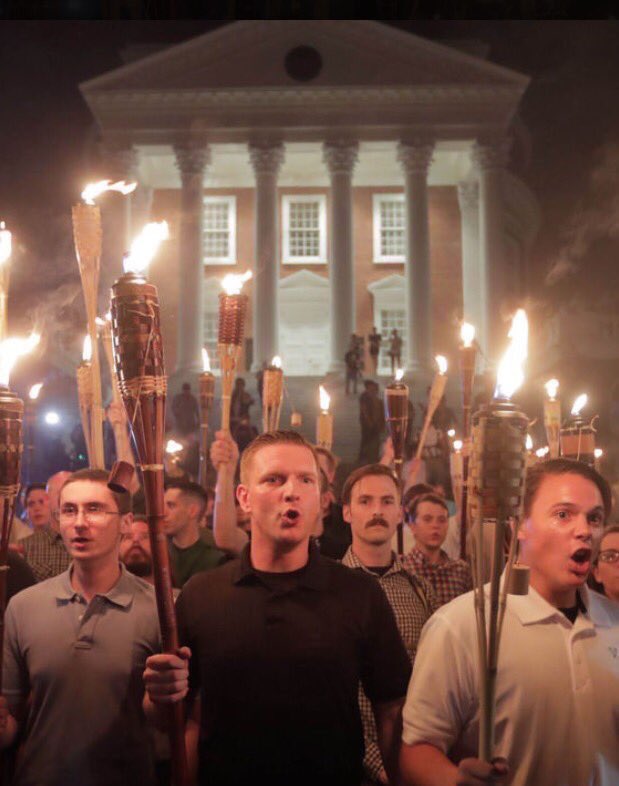 Sadly no. Didn’t really see much of Portland itself due to travel and the briefness of our stay here (dammit). I’ve certainly heard it’s been a Thing from our hotel receptionist though.

Going to be incommunicado for rest of day as have to drive nine hours to Sacramento and I don’t have cell. About ready to leave now but had to hit a Safeway for Mucinex. Oh yeah, guess who IS sick? 😛

We both definitely want to come back though when there is less stupid around. And when I’m making less snot. Imma miss me some moist air and greenery!

I went to an eclipse party with my friends last night! We watched Little Shop of Horrors.

Whatever they offer you, don’t feed the plants. They might start singing.

I took some wonderful eclipse pictures.

Unfortunately, they all seem to be “Look! There’s a bright spot in the sky!”
Luckily, in 7 years, totality will be visible from home.

“FYI, both PewDiePie and Assange went with “no you don’t need glasses, glasses are just a conspiracy to sell them” thing.”

Ah those beacons of scientific thought and research! /sarcarsm

I actually posted a tumblr thing about that to our Discord linkdump! I like it.

“FYI, both PewDiePie and Assange went with “no you don’t need glasses, glasses are just a conspiracy to sell them” thing.”

Well, with PewDiePie I could see it as shitposting, so he could lord over all the people “stupid” enough to believe him. Assange, on the other hand…who knows? He’s just about smart enough to fool himself into thinking he isn’t stupid.

@Troubelle
We have a discord? Crap, I haven’t been paying attention.

Dalillama runs it. Hopefully, she won’t mind me sharing…

We got 86% totality here in Vancouver – it was pretty neat the way it got noticeably colder outside as it happened. Nobody in my office had proper glasses, but one had some welding goggles – these were still not quite enough to get a proper look, but it was enough for a quick glance.

While outside there was someone with a pinhole projector (using a wide-angle camera lens instead of an actual pinhole) that let everyone get a good look. I also managed to grab this shot of a tree outside my office showing a whole bunch of “pinhole” projections:

So… I have cloud to butt plus on my chrome. It’s making this an odd thread

I missed this eclipse, but I’m in the path of totality for the 2024 eclipse.

I was having a minor bit of trouble grasping why the shadow is only 70 miles wide rather than the width of the Moon.

These things are nice brain exercise for those of us curious enough to ask the question in the first place.

The media was going on about it like it was the next coming of Halley’s Comet. Yeah, total solar eclipses are rare and I’m sure it was neat to see for those that did, but they happen more regularly than Halley’s… so a little perspective on the part of the news media would have been appreciated.

That drove me crazy too. This was the first total eclipse that was visible in the entire continental United States in 99 years, and the media latched onto that number hard. The problem is that they would start dropping some or all of those qualifiers while still using the 99 years number. Total eclipses in general aren’t really that rare at all; there’s one somewhere in the world every year or two.