“The Handmaid’s Tale” author Margaret Atwood famously said “men are afraid women will laugh at them; women are afraid men will kill them.” She could have added: “every time they go on a date with a man.”

On TikTok, a motley assortment of young men are doing their best to convince women they should be afraid of this possible dire outcome, making short videos in which they fantasize about killing their dates in very graphic, and very specific, ways.

The videos first call on women to imagine going on a date, but then quickly turn from romance to fantasies of murder. ““Imagine we go on a cute picnic date and I pull out a knife to cut some fruit,” one of the videos posits. “But instead I cut ur throat and you just f*cking die lol.”

“Imagine if we went on a gym date,” another begins, “but instead of spotting you on bench I pushed the weight as hard as i can on your neck and you just [skull and crossbones emoji] kinda sounds like fun ngl [not gonna lie].”

A woman calling herself bekahdayyy responded on TikTok with a video calling out this unfortunate trend, showing clips from a variety of these “imagine” videos alongside newspaper clippings about women being killed by men they knew in the exact ways the “imaginers” imagined.

Sadly, I doubt she had to look very hard to find these examples; domestic violence against women is startlingly common. According to the Centers for Disease Control “about 1 in 4 women … have experienced contact sexual violence, physical violence, and/or stalking by an intimate partner during their lifetime and reported some form of IPV-related impact.” The figure for men is one in ten.

While more men are murdered than women, women are far more likely to be killed by a current or former partner. Indeed, as a post on VAWnet notes, “fifteen times as many females were murdered by a male they knew than were killed by male strangers” in 2013. So it’s not hard to see why women fear their dates could turn violent.

The men posting the “imagine” videos contend that they are just jokes, with one telling the Daily Dot that “I never meant any disrespect by it” and that he didn’t “promote abuse against woman.” Could have fooled me.

More than a few observers wondered just what was supposed to be funny in these jokes. It’s a good question; they’re only “funny” if one finds the notion of violence against women — or women’s fear of such violence — inherently risible. I’d really like to hear one of the guys posting these videos to explain exactly how this sort of “humor” is supposed to work.

A TikTok spokesperson told the Daily Dot that these videos violate their rules against “content that promotes hateful behavior and violence against women,” and that they will be removed. But critics note that the platform was slow in its response, enabling many of these videos to go viral before being taken down. Which is, sadly, all too typical in cases of violent misogyny online.

St Brides Church was the inspiration for tiered wedding cakes. Some Regency confectioners made a cake for a wedding to be held there and it sort of caught on.

But whenever I walk past it I get a craving for marzipan. 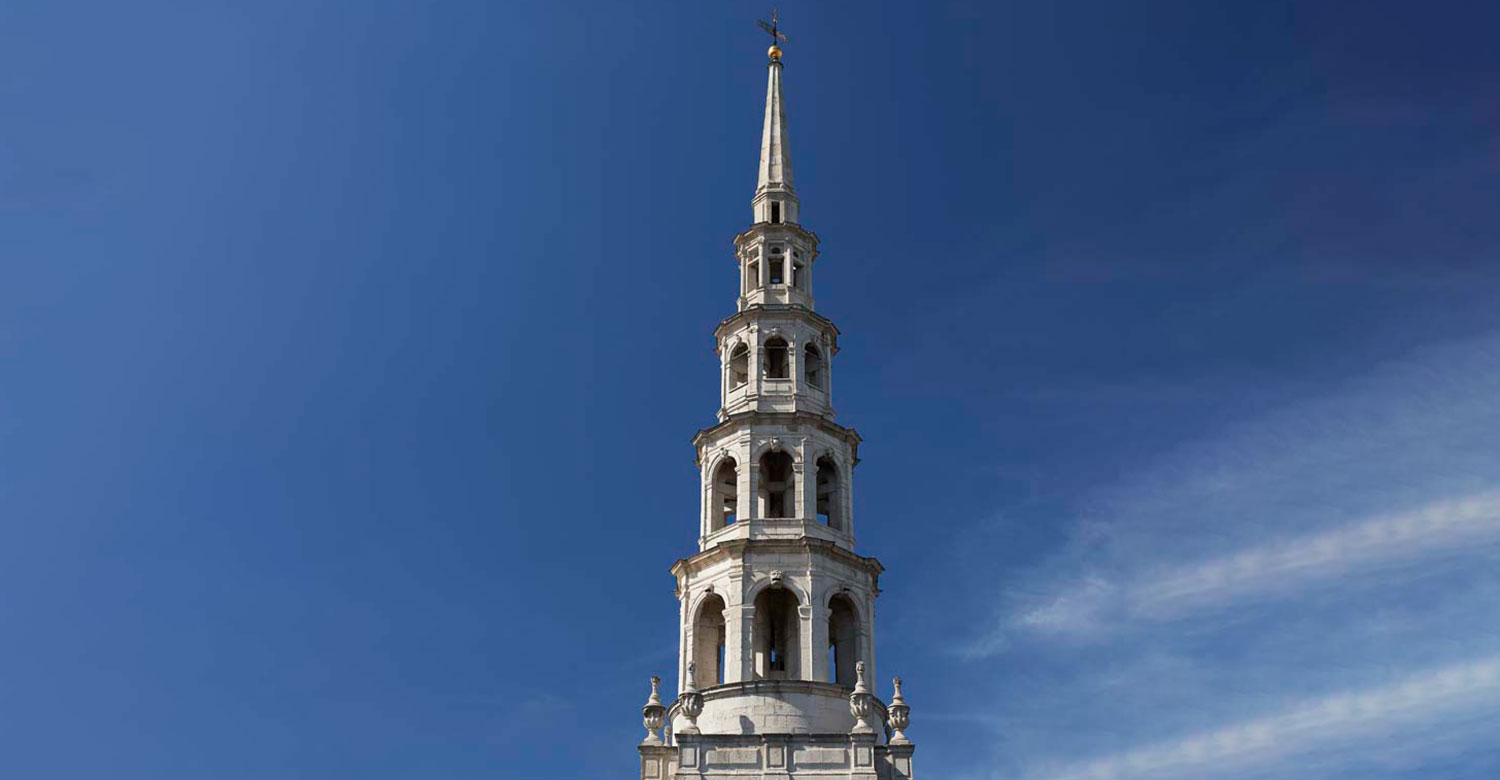 I mean, c’mon, even Harley Quinn has snapped out of her Stockholm Syndrome about him nowadays.

I also must add that our beloved capybaras are like overgrown guinea pigs, and related to them. Much love for the furry bricks of all sizes.

I’m guessing that the Pui Pui Molcars stem from the same evolutionary line that produced the Catbus from My Neighbor Totoro?

According to Episode 11, they are direct descendants of prehistoric giant guinea pigs.

Netflix still has the episodes available, but they’ve all been pulled from Bandai Namco’s channel on You Tube. If you don’t have Netflix and you’re willing to pirate, you can watch it here: https://9animeshow.com/?s=pui+pui+molcar but do employ ad blockers and all the other protections. 🙂 Unfortunately eps 10 and 12 are missing. They’re out there on the high seas if you look though.

@ GSS ex-noob: Since you mentioned Harley Quinn, note that episode 10 of PPM is about one of the molcars (who up to now has had the Wakaba decal denoting new drivers), dreaming of being the Batmobile (but to his embarrassment, his otaku owner wraps him in a magical girl itasha instead). Thundering herds can be found in episode 1.

Not a superhero comics/movies afficiando, but via pop-culture osmosis: Golden Age Joker was a horror murderclown, Silver Age Joker was a silly prankster clown who did crime as performance art, Bronze Age Joker tried to combine the previous two versions with mixed success, current Joker is a nihilistic edgelord who finds destruction and chaos hilarious. Perhaps generously, I would guess that you’re not supposed to find the current version of him funny, you’re supposed to be disgusted by his supposed “humor” so that it’s more satisfying when he finally gets taken down – though I wouldn’t be surprised to find I’m giving them too much credit here.

Regardless, I might actually watch Batman movies if they were lighter and wackier like the 1960s TV series. I mean superheroes are already an inherently silly concept, so why not play that up?

I mean, I get edgelord “humor”, I really do, but that doesn’t mean it’s actually funny, and these are pretty much just straight up threats with the usual dismissive “I was just telling a joke, why are you overly sensitive snowflakes so OFFENDED??” defense when they get called on their bullshit. I can laugh, or at least chuckle, at dark or morbid humor, but there actually has to be some sort of punchline or irony or something in there besides “lol wut if I just murdered you out of the blue haha so funneh much laff”.

At the end of the day, it’s just an excuse to flaunt their violent fantasies to get approval from all the other edgelords and gloat about how easily “triggered” everyone else is. It would be like mocking a war veteran for being bothered by fireworks (sadly, that’s an actual thing).

They’re pretty cute and good brain bleach, but I would be wary of handling them. It’s the teeth that does it. I’ve had pet hamsters before that got a little nippy sometimes, but anything bigger, with teeth of that size makes me wary. I’m not afraid of being nipped by kitties or small puppies, but rodents or rabbits make me afraid for my fingers, however adorable they may be.

Soap has no business looking that damn tasty. Bad enough when shampoo and the like smells better than some desserts I’ve eaten, but there’s no need to make it look like food too. (And yes, “cake of soap” is a term.) Idiots eating Tide Pods just seemed like another stupid internet trend, but that pic Alan posted would tempt anyone who didn’t know better.

I don’t even read comics and I’m tired of hearing what an unfunny, edgelord murderer The Joker has become. BTAS did it right: He wouldn’t hesitate to kill people on occasion (even if the censors prevented it from happening most of the time), but found more fun in causing chaos and disorder than random killing.

Last edited 1 month ago by Queen of the Harpies

The ones in the box are in fact edible!

You know, it’s tempting to buy a few and drop them off in Lush and see if anyone notices.

While hamsters are nasty little biters, guinea pigs are very sweet and docile. They will give you a warning nip if you hurt or mishandle them, but even when doing something that they really dislike (such as touching their big round butts) they will usually just scold you.

They also smell really nice, which can be a surprise to those used to musky rodents.

Definite agreement about various portrayals of the Joker. To me, the ideal Joker moment is when he says or does something, you laugh, and then are horrified that you laughed. (The famous “disappearing pencil trick” from The Dark Knight being a good example.)

And Hamill’s Joker is by far the best take on this – one of my favorite episodes is “Joker’s Favor,” where the Joker basically makes a hobby of stalking some poor nobody all because the guy yelled at him in traffic. It’s far scarier than any comics scene where he murders a room full of people.

BTAS is overall the best Batman ever.

BTAS is overall the best Batman ever.

Seconded; as far as its flexibility of tone goes—gracefully switching gears from darkness to sentiment to comedy to pathos, and even finding room to tell stories that scarcely involve the titular hero—I’d rank it right up there with the Spirit comic strip.

Adding to the BTAS love – Kevin Conroy is my favorite Batman actor, and Mark Hamill simply IS the Joker.

The ones in the box are in fact edible!

Well, you successfully fooled me, considering the other pics. Those ones you posted look very tasty, what are they and where are they from?

While hamsters are nasty little biters, guinea pigs are very sweet and docile.

I can’t speak for all of them, but the ones I owned (first one, then a pair later on) hardly ever nipped and never broke the skin or even hurt that much, from what I remember. It’s just the thought that if they were bigger or more determined, they could probably do a lot of damage. In any case, I miss having the energy and time for cute little furry creatures, because I’d definitely enjoy something soft and cuddly to pet these days. Oh well, thank goodness for the interwebs and its endless supply of cute animal pics and videos.

one of my favorite episodes is “Joker’s Favor”

I was actually thinking about that one not long ago, because it’s one of my favorite Joker episodes. Good taste. I also like the episode “The Man Who Killed Batman”, and a perfect example of what I was talking about when I mentioned the Joker thriving on chaos and his rivalry with Batman is when he, Harley, and his henchgoons rob a jewelry store, but he orders everyone to put the jewels back (much to their dismay) when he realizes that Batman isn’t coming to stop them.

It sort of makes him seem like a bully who’s been getting away with terrorizing the playground for so long that he’s almost bored with it, then along comes some new kid who’s also really tough and smart and can sometimes get the teachers on his side who starts standing up for all the other kids. Suddenly the bully has a worthy rival and playing “games” with him while trying to avoid getting caught seems much more fun than ruling the schoolyard unopposed. But the comics (and other media) that portray him as nothing but a twisted murderer with a few corny gimmicks don’t seem to get that. They don’t want the Clown Prince of Crime, they want the Unstoppable Edgelord with Too Much Makeup.

I’m happy that there are other BTAS fans here and I’m not just nerding out to an uninterested audience, lol.

Although I prefer this place now.