It’s Three-for-one Tuesday today (is that a thing?) as I bring you not one, not two, but three soul-crushingly horrible items from the Incels.co fourms.

So enjoy, I guess?

Let’s start with the virgin who wants to fuck his sister.

“Why is this forum not ready to accept the incestpill yet,” asks an incel calling himself Total Imbecile.

Isnt this the whole point of marrying your HS sweetheart? That you grow up and grow old togerther

Not to mention that my sisters and I arent even that close, like wed interact with each other cause we live in the same house but those interactions would always have 0 depth so they might as well be strangers to me tbh

Or maybe his fellow incels have somehow managed to retain enough of their basic humanity that they understand the reasons for the incest taboo? Maybe they have some small sliver of morality left in their otherwise wretched souls?

Based on his observations of women at his job in a bookstore, one incel bravely concludes that all women are basically the same and that no one should care about them.

“[B]y working in a bookshop I’ve seen hundreds of women in the last month and I’ve reach the point where I can barely notice any personal/individual trait,” writes The Reaper.

it’s like lego: an endlessly slightly different combination of the same pieces(legs,asses,eyes etc.) but there’s nothing that can be consider really unique, nothing that can’t be found in hundreds of other women.

I think what’s going on here is what they call depersonalization. And that’s not a healthy way to look at the world.

once you’re over the phase of considering women special,all that’s left is the desire of sex, and that’s honestly the only thing that’s worth pursuing.

if you don’t believe me ask yourself this:

“why is chad leaving women for which you would kill your entire family?”.

if these angels/special beings really existed chad would not left them.

So the fact that Chads break up with hot women (or maybe get dumped by them) means that all women are basically identical? That’s quite a leap there, skipper.

Oh, but things get worse.

IT’S FUN BEING A DOG

One dogpill-believing incel reflects on what he sees as the joys of being a dog in the world of today.

“Anyone else wishes they were a dog?” wonders Lv99_BixNood.

Well, ok, you’ve chosen to continue. Don’t say I didn’t warn you. Lv99_BixNood, take it away:

While we are rotting, dogs are out there living the chad life. Tongue kissing prime teen girls, lapping up peanut butter from their pussy, humping their legs and pumping them full of dog sperm. Jfl if you are not a dog in 2020.

Wish these would embed.

LOL! I initially read your description as “11 bioluminescent testicles”. Which would certainly be a unique look for anyone to be sporting.

I feel obligated to snark about how you said legs twice :p

I know I said it twice, but the point stands that the rest of the parts are different.

That being said, changing a specific leg – to have a legs part with two different color legs for example – isn’t supported by lego and can be rather destructive.

True, but I do recall figures that had mismatched legs in different colors or with a peg leg.

Even then, there are some specialized sets based on other media that have unique shaped figures that are taller or differently shaped to match a certain character or creature.

And, given that there are thousands of minifigures, and hundreds of possibilities for each part, there are likely millions of possible combinations.

Wish these would embed.

There must have been a shooting star; because your wish came true!

On my screen anyway.

@Buttercup Q. Skullpants:
Well, male and lacking in a chitinous exoskeleton, but he does have bio-luminescent tentacles so not even that far off. 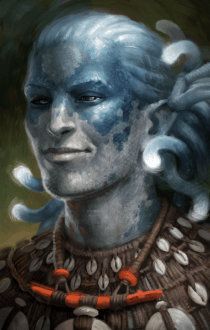 Some Chick in Texas

I see the incels are still committed to not talking to an actual human about anything ever. If they weren’t so deeply repugnant, I’d admire their total commitment to their brand of jackassery.

What (and I can’t emphasize this too strongly)the actual fuck.

Well, I am always up for a walk and a biscuit.

But, Alan, where do you stand on the all important “tummy and behind the ear” scritches?

That’s what a cohort of your canine constituents are *truly* concerned about (“scritches = scratches” if it wasn’t clear from the context).

I never grew up with a brother (acquired a stepbrother and a few honorary brothers later on), but Mr. Parasol does have a sister. His sister’s blonde and blue eyed, and a one-time homecoming queen, but he never wanted to have sex with her. Beating her at Monopoly was another story. 😉 Marrying me gained him three sisters-in-law, but that just gives him more opportunities to be fraternally protective.

Does he mean the Westermarck effect?

That’s probably what this person is badly remembering and misapplying, yes.

I’d imagine that marrying high school sweethearts isn’t very common these days, and as with a lot of younger marriages, often falls apart. I’m sure it’s possible for these marriages to succeed, but it isn’t the fantasy it’s often sold as.

I mean, my parents were high school sweethearts (complicated by the fact that my paternal grandfather was actually the principal at the high school in question) but they also had families that got along well together and were willing to help each other out with recommendations (which explains why each of my parents ended up in the career of their father-in-law) and in general they got to know each other outside of high school as well so they both knew what they were getting into before they got married. They celebrated their 50th anniversary a few years back, so they’re doing something right.

I didn’t know that, but it doesn’t surprise me. When you’re already outside of the category defined as ‘normal’ by society to start with, it’s probably a lot less mental effort to go further away than it is to leave the confines in the first place. There are a lot fewer worries about being looked down upon by society for your choices when you already are being looked down upon for things that are a part of you.

I thought about the incest incel guy more than I should’ve. But, I just realized his motivation boils down to the same kind of intra-familial sex abuse that occurs among any abusive situation. A person discussing their complicated feelings toward a blood-relative wouldn’t be so brazen to regard the other as low-hanging fruit. Ignoring the social taboo alone and getting huffy at his fellow incels who somehow don’t agree with him is evidence enough that his family needs to monitor him posthaste.

The problem with pooch politics is they is they only respond to dogwhistles!

What (and I can’t emphasize this too strongly)the actual fuck.

Yeah, rereading that, I just realized “a very young and nubile-looking 20-year-old” probably means “not an aged hag like *most* 20-year-olds.”

The problem with pooch politics is they is they only respond to dogwhistles!

Ok, I legitimately just snorted inside my mask: I’m out with my family for my niece’s belated birthday dinner (her birthday day was 7-10).

I’m worried now about that guy’s sister 🙁 I hope she isn’t living with him.

Consensual incest between close relatives would still read as somewhat “gross” to me, but abusive situations are obviously much worse and the incel mindset is an abusive one…in short, I hope she stays far, far away from him.

…Those are my cousin and best friend, and, come to think of it, I sort of relate to them as siblings (L. as my little sister, J. as my smarter twin) so I guess the Westermarck effect (?) would apply with both.

J. and I came out to each other when we were 17. I’d recently read a story where two best friends come out as lesbians and fall in love, and I was thinking, “OK, but where are the stories where the best friends aren’t attracted to each other but are mutually supportive in a laconic (her) and distractedly wordy (me) way???”

epitome of incomprehensibility: I’m worried now about that guy’s sister ? I hope she isn’t living with him.

Welcome to the club. If she IS living with him, somebody needs to get her out of that house fast.

Incel: I interact with women on the most shallow and superficial vendor/customer level possible.

Also Incel: I find women to be shallow and superficial.

You ask me how Contempt who claims to sleep With every woman that has ever been
Can still maintain that women are skin deep?
They never let him any deeper in.

And here’s a poem by the same guy, mercifully unrelated to incels:

Despise me not!
And be not queasy
To praise somewhat:
Verse is not easy.

Flowers in the Attic *was* supposed to be based on a true story. And I’m surprised no-one else has commented on this, it certainly was a book I never forgot reading. ?

Although I guess it’s been banned by a lot of libraries?

I guess what he really wants is a girlfriend with 11 bioluminescent tentacles and a chitinous exoskeleton?

“Let me paint you a picture: Imagine a Chik’thar hive maiden scuttling out of her mottled carapace. Her inviting, translucent thorax heaving with ripe larvae. She retracts her guard plates, where forty alien breasts bristle with nipples. Yes, yes – a thousand times yes.”
— Tycho Brahe, “In The Love Nest of Har’akki”