So yesterday I was looking through a stock image collection to find an appropriately smug woman to illustrate my post on the alleged secret plans of female supremacists to take away men’s rights. I went for a picture of a woman wearing a crown. But there were so many other choices! And they all seemed to involve women pointing at themselves.

So ,in the tradition of The Hairpin’s famous post “Women Laughing Alone With Salad,” I present to you “Women Pointing at Themselves Alone (Without Salad).”

Well that’s enough of that for now.

I saw a poster for a band today, called Psychadelephant. I had decided to like them just on principle; but having checked their music out they’re quite up my street anyway.

And yeah, Happy is too well gone to ever be able to return to the wild; so somewhere with a bit more room and greenery, and perhaps some other elephants is the best we can hope for.

Why aren’t you sure about the new find?

I’m just not convinced it’s a henge. I appreciate that’s just a gut feeling thing. But it just gives me vibes that it’s a ‘playing place‘. I suspect if it was originally neolithic then it was what we call a Round down here. There is evidence that at least one playing place was based on what was originally a neolithic or possibly Iron Age structure, so that wouldn’t be unprecedented.

I will obviously defer to the archaeologists; but it’s still early days yet. Like I say, my theory is just based on my experience of other sites down here; including our only other confirmed henge and extant playing places. But I certainly wouldn’t feel embarrassed arguing that possibility with archeologists.

Meur ras for the learnings, even in tiny print. (I embiggened)

But yeah, that is one possibility; and would not be unprecedented.

Sites do get repurposed; but also there’s just a general continuity thing. Somewhere that was a convenient meeting place for the local populous in the neolithic, may well have held the same attractions in the medieval period. Heck, some of them still get used to this day.

Still not convinced it was ever a true henge though. It might be difficult to ever establish one way or the other. One sign of a henge is that they are very ‘sterile’ archaeologically. Either people never went inside them; or they tidied up after themselves. But that site has been used for quite a few things since; so that could well have disturbed the area to the extent we can’t tell what it was like originally. Although there are ways of spotting ‘buried soil’ (if that isn’t a tautology) so as to work out what the original surface level was and see if there’s anything period appropriate to be found there (or not). But absence of evidence is not evidence of absence and all that.

I once walked miles to check out some suspected ancient field boundaries. I spotted suspicious looking earthworks. The farmer whose land it turned out to be asked what I was up to. I said I was looking for clues as to when they might date from.

I do sometimes spot stuff though. I thought this stone had the ‘lozenge’ shape that is sometimes seen paired with regular menhirs, so I posted it to a particular site. A few other people had thought the same thing. But some local archeologists checked it out and they reckon it is/was a standing stone (the issue being whether it’s in its original location or just got repurposed for the wall).

Like this example from West Kennet Avenue; where there are quite a few lozenge stones.

They’re usually paired opposite the straighter column shaped stones. I can’t possibly imagine what they might symbolise.

Pointy opposite flat-topped … now where have I seen that before? 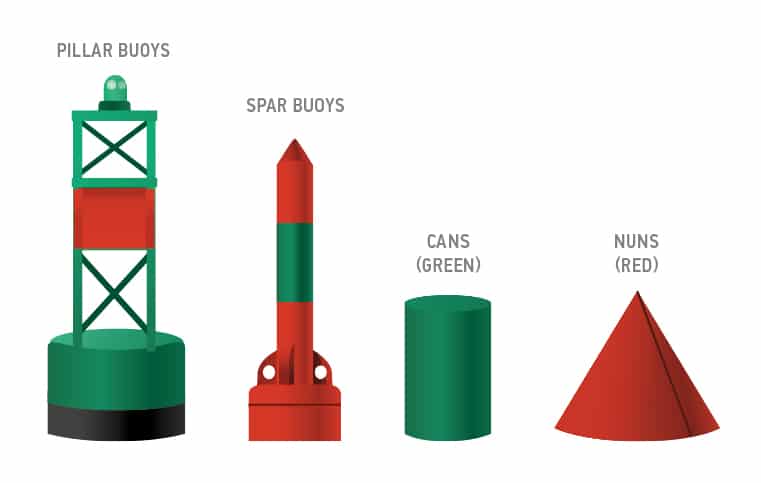 Hmm. Maybe there was a convention of using shapes for orienting travelers on land at one time, and not just on water?

Another possibility: some cultures gender absolutely everything. (And it’s always strictly binary). French is notorious around these parts for insisting on assigning a seemingly arbitrary gender to every random thing, be it chairs or roads or a TV set, with no evident rhyme or reason so if you are to learn the language and not look like an idiot when subsequently using it the only option is to memorize a giant table of essentially random binary data. Maybe this evolved as a parity-bit for error detection or something, so misgendering a chair might be a clue that the speaker didn’t actually intend a chair but some other thing with a similar pronunciation, or something.

Point being, maybe the “pointies” with their “wide hips” are “female” and the straight-sided are “male”, in which case the stones may be stand-ins for people, or people-like entities (gods, ancestral spirits, historical personages, what-have-you). Other neolithic peoples elsewhere in the world made totem poles with figures and faces; maybe neolithic Britons used stones with vaguely human and vaguely masculine or feminine proportions in a similar role.

If so, the henges and other circles could represent a silent ring of revered ancestors, or the pantheon of the gods, or similarly, watching over and witnessing whatever Important Proceedings the people felt needed to take place in the presence of the divine. (So, weddings and funerals, most likely, and maybe somber legal/community-decisionmaking proceedings, graduations and commencements, festival observances and bad-historical-event remembrances, and the like. Anything you’d wear a suit and tie outside of the office for nowadays, basically.)

Point being, maybe the “pointies” with their “wide hips” are “female” and the straight-sided are “male”, in which case the stones may be stand-ins for people, or people-like entities

That sounds plausible. Rocks/rock sculptures to represent people seem to be common (e.g. inukshuks – but that’s not the proper Inuktitut plural…inuksuit?)

Apropos of the general discussion, I’m planning to see Stonehenge when I go to England in 3 weeks. Fingers crossed everything works out (I mean with the trip, not with Stonehenge – pretty sure the rocks will be in the same place!)

pretty sure the rocks will be in the same place

At midnight the stones wander down the the River Avon to drink. So make sure you time your visit right or it’s just a field.