Ten thousand years after woolly mammoths vanished from the face of the Earth, scientists are embarking on an ambitious project to bring the beasts back to the Arctic tundra.

Did you say MAMMOTHS? Like the ones in the very name of this site? Tell me more, The Guardian.

The prospect of recreating mammoths and returning them to the wild has been discussed – seriously at times – for more than a decade, but on Monday researchers announced fresh funding they believe could make their dream a reality.

The boost comes in the form of $15m (£11m) raised by the bioscience and genetics company Colossal, co-founded by Ben Lamm, a tech and software entrepreneur, and George Church, a professor of genetics at Harvard Medical School who has pioneered new approaches to gene editing.

If this all seems a bit familiar, it’s because Church was talking about this exact same project back in 2017, and of course I wrote about it then. The difference is that they now have $15 million to finance Church’s weird science.

As Church explained back in 2017, he isn’t planning on bringing back the same mammoth that our ancestors hunted so many years ago. Instead, he’s going to work a bit of elephant into the mix.

The scientists have set their initial sights on creating an elephant-mammoth hybrid by making embryos in the laboratory that carry mammoth DNA.

Is this starting to sound a little Island of Dr. Moreau to you?

I mean, while you’re at it why not give them two trunks? Or opposable thumbs? Or forget the whole mammoth thing and bring back an assortment of dinosaurs and put them in a theme park? Nothing could go wrong with that plan.

But they aren’t talking theme parks just yet.

“Our goal is to make a cold-resistant elephant, but it is going to look and behave like a mammoth. Not because we are trying to trick anybody, but because we want something that is functionally equivalent to the mammoth, that will enjoy its time at -40C, and do all the things that elephants and mammoths do, in particular knocking down trees,” Church told the Guardian.

Why do you want to knock down trees that badly, dude? There are easier ways to do that, you know.

The project is framed as an effort to help conserve Asian elephants by equipping them with traits that allow them to thrive in vast stretches of the Arctic known as the mammoth steppe. But the scientists also believe introducing herds of elephant-mammoth hybrids to the Arctic tundra may help restore the degraded habitat and combat some of the impacts of the climate crisis. For example, by knocking down trees, the beasts might help to restore the former Arctic grasslands.

Huh. I thought trees were good, environmentally speaking. Apparently the grasslands would help to cool the area.

So maybe they could do the environment some good, at least in theory. The trouble is, once you release these hypothetical mammoth-elephant hybrids into the wild, you don’t have control over what they do.

I mean, just to raise one possible issue: since mammoth-elephant hybrids don’t live anywhere on earth right now, wherever the scientists decide to put them they’ll be an invasive species. What if they wander out of the arctic and start taking over every chilly spot on planet earth? What if they accidentally sit on some polar bears?

Frankly, the ecological justification seems a bit tacked on, less a reason for the research than an excuse cooked up by scientists who are jonesing to create a little mammoth of their own.

It turns out I’m not the only skeptic. Some people who actually know what they’re talking about think it’s a bad idea too.

“My personal thinking is that the justifications given – the idea that you could geoengineer the Arctic environment using a heard of mammoths – isn’t plausible,” said Dr Victoria Herridge, an evolutionary biologist at the Natural History Museum.

She’s not the only scientist raising objections.

Gareth Phoenix, a professor of plant and global change ecology at the University of Sheffield, said: “While we do need a multitude of different approaches to stop climate change, we also need to initiate solutions responsibly to avoid unintended damaging consequences.”

That’s what I said!

Just keep in mind what happened when some mad scientists created a race of supersized murder-bunnies.

I don’t know whether it’s internet algorithms ’cause we were talking about it, or just that I get posts from here anyway; but in any event; here’s some pretty big geodes for you!

@Redsilkphoenix: That cave is beautiful. I skimmed the article; the cave is filled with water now, if I read it correctly. I wonder how many caves similar to this exist.

@Alan Robertshaw: Those geodes are spectacular. My father had a few run of the mill amethyst geodes; I don’t know what happened to them after he died.

How did you go about collecting meteorites? If you don’t mind me asking. Having a connection at a scientific research facility is how imagine an ordinary person would collect them. How can you be certain they’re meteorites?

How did you go about collecting meteorites? If you don’t mind me asking.

Not at all; if there’s one thing you should know about me by now it’s I always love an invite to ramble.

I actually bought some from a market stall in the old Spitalfields Market; before it became an art gallery. A lot of chondrites are so called “NWAs”. That’s north west Africa. People just collect them in the desert (just rooting in cairns will often produce a few) and they end up finding their way to market. They don’t have certificates; but there are certain ways of recognising them. Not least taste (they taste a bit metallic, even the stone ones). But there are also patterns on the surface that are pretty easily recognisable.

For the Mars/Lunar ones I got them from a bloke who sells space stuff. Not just rocks; but also bits of re-entried satellites and similar. An original Sputnik once came up. it hadn’t been into space though so I’m not sure it was worth the $13K they were asking.

And I just keep an ear out for stuff. I managed to get an unissued booklet from Barringer Crater; that had a bit of the meteorite attached. They’d just turned up in a box when they were doing a bit of spring cleaning.

You can pick up chunks of the Hoba meteorite cheap enough that people just make jewellery out of them. It is funny though, fragments sell by weight. So you’ll be having conversations about “I can sell for $10 a gram” and everyone in the pub looks at you suspiciously.

If you want to get into the meteorite jewellery business (and a quick google shows a lot of people have!) here’s a primer.

Much as I like intact meteorites, the metal ones do look amazing in cross section. The nickel and iron forms a particular lattice structure that you can only get in zero gravity; so it’s very pretty.

You can pick up stuff like rings and earrings though in the $20 to $50 range.

But as seen, they do polish up nicely. 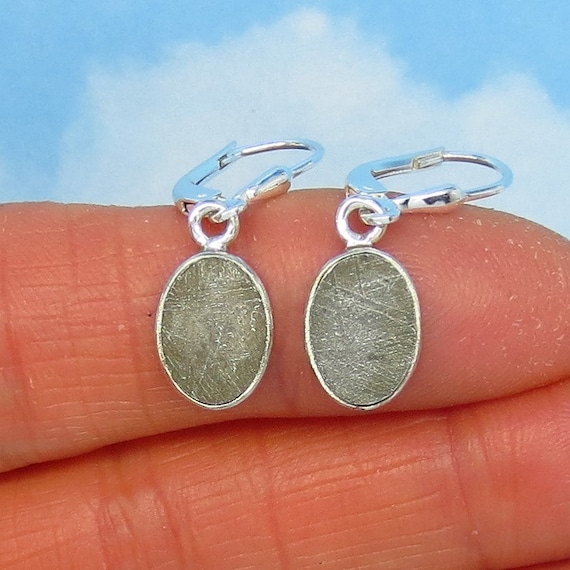 Considering what Peter Thiel frequently spends his money on, I don’t mind him being scammed. I don’t think there will be any actual mammoths or even semi-mammoths produced, but I’ve been wrong about plenty of things.

This angers me. We should strive to make more species extinct, not bring new ones to the world. The sooner life goes away, the sooner the universe will be at peace.

It just occurred to me that “looks like a mammoth” is a pretty low bar since most modern people have little idea what anatomical features distinguished mammoths from modern (Indian) elephant other than thick fur.

Besides, several mammoth species lived in tropical and temperate areas, together with various elephant and mastodon species, and were probably largely hairless. Woolly mammoth (which people usually mean when they say mammoth) was probably the most cold-adapted proboscidean that ever lived, and the only extinct species with well preserved remains.

In mammalian taxonomy, Proboscidea is the order that includes the two current elephant species and their extinct relatives. They were quite variable over some 50 million years, though all seem to have been large to gigantic herbivores with some kind of trunk and often prominent tusks.

Cheers for the info. Ancient heffalumps seem to be in vogue today. This just came out.

I’m not a biologist or climate scientist, so take everything I saw on this subject with a mountain of salt, but creating invasive species seems like a risky way to reduce climate change. Once upon a time, there was an invasive species of primates native to Africa that got introduced on every continent. That invasive species took over the ecosystem, growing to a worldwide population of nearly 8 billion, and it also caused climate change and is bringing about a mass extinction. I don’t think more invasive species is the way to go.