Then this all happened:

Before we get into #4, let’s go back to the original gross DM, sent at the tail end of a late-night conversation between Rosenberg and Jane, when the Seattle reporter suddenly transitioned from such topics as journalism jobs and the cost of living in Seattle to, well, this:

You can find out more details on all this in Jane’s original thread, or in some of the news pieces that have been written about it already.

But I’m just going to move on to Aimee Terese’s tweet, though, because, holy hell, it’s in many ways even grosser than Rosenberg’s DM:

(This tweet has since been deleted; I grabbed the clearest screenshot I could find of it here.)

When someone asked if she really meant what she seemed to be saying, she doubled down:

And then she doubled down again:

(In the interest of full disclosure, I should note that I am Twitter-friendly with @RivkaGheist and that as far as I can tell she is not in fact “ruling class scum.”)

In other tweets, Terese declared that Jane was “hysterical and cruel,” compared her to an abusive cop, and suggested she was a narcissist because … she once wrote an open letter to her then-employer demanding better pay and working conditions:

Shitting on someone for demanding better pay seems like an odd thing for a supposed Marxist to do, but I guess I don’t understand the finer points of the dialectic.

Terese even doubled down on calling Jane ugly:

Other ostensible leftists jumped into the fray with similar attacks on Jane, including the co-host of the Red Scare podcast:

Meanwhile, this guy evidently thought that the only thing this discussion needed to make it complete was a meme, er, humorously referencing the Chinese crackdown on students in Tiananmen Square.

Terese retweeted his meme, because of course she did.

It would be one thing if Terese and her pals in this discussion were just some tiny subgrouplet of a subgrouplet on the left.

But in fact they’re part of what seems to be a growing subculture of purported leftists who somehow manage to spend as much time attacking so-called “identity politics” — or IDpol, as they call it — as they do pushing their own reductionist class analysis, which as in this case often turns out to consist of little more than calling people they don’t like “ruling class scum.” They’re a sort of successor to what what was once called the “dirtbag left.”

This subculture now boasts a subreddit of its own — r/stupidpol, with nearly 10,000 subscribers — and it’s gotten celebrity endorsements of sorts from several relatively well-known names like journalist Michael Tracey — formerly of The Young Turks, now an occasional guest on Tucker Carlson’s White Power Hour — and Angela Nagle — a sometime writer for The Baffler and Jacobin whose book on the alt-right has won plaudits from none other than “dapper Nazi” Richard Spencer, who was especially pleased with her extended diatribe against so-caled Tumblrinas.

The Spencer endorsement is no fluke. Given their delight in “triggering” liberals and those on the intersectional left, people like Terese and the whole r/stupidpol crowd bear more than a passing resemblance to the alt-right — so much so that some people describe them as a new variety of NazBol, or National Bolshevism, a sort of mixture of (you guessed it) Nazi-style nationalism and Stalinesque Marxism.

I think (I hope!) that’s overstating it a bit. But these folks are truly the political equivalent of a creepy DM slide.

I already answered all those questions more than once at least indirectly or even directly. You’re clearly not reading my posts. And I’m also not ignoring you since I addressed you before.

Or are you instead assuming that whatever political affiliations we may have are automatically worse than Sanders supporters?

Because everyone who pulls the Bernie bro smears ends up being a Hillary stan or at least someone who strongly prefers her and her supporters for some weird reason. After all that was the sole camp who came up with this shit, not even Trump supporters dared to. We saw that even in this thread when the “Bernie bro” smear people starting admitting to that. “Bernie supporters were uniquely awful despite your statistics I’m going to ignore”

I remember when Chapo Trap House posed infront of Bill Cosby’s hollywood star and dared the liberals to fight them like a bunch of people who take sexual assault seriously.

You can find it in bad taste but this is a complete misinterpretation of their joke. They were mocking Republicans, not liberals who care about sexual assault. Do you really think these guys don’t care about sexual assault when half their episodes have some reference to the right’s war on women? You shouldn’t confuse the Chapo hosts with random teenage nihilists who freely oscillate between the far left and the far right so everything’s a joke to them just because the latter might call themselves “dirtbag leftists” too or even with the weirder irony people on twitter who antagonize almost everyone due to being assholes who find any hint of emotional turmoil funny, not due to politics.

Because everyone who pulls the Bernie bro smears ends up being a Hillary stan or at least someone who strongly prefers her and her supporters for some weird reason.

Assumes facts not in evidence.

After all that was the sole camp who came up with this shit, not even Trump supporters dared to.

They didn’t need to. Alt-righters and their ilk don’t bother to differentiate between leftists, we’re all pathetic sjw cucks to them.

That seems like a strawman argument, bud. What folks keep saying on this thread is that Bernie Bros (not Bernie supporters) are (not just were) pretty odious. As has been demonstrated by the harassment campaigns that they have carried out.

And just because a larger group of individuals tends to be more progressive, that doesn’t mean that there aren’t shitty subgroups (or shitty people who claim to be part of the larger group) within it. For example, feminists tend to be pretty decent, progressive people, but TERFs are fucking awful.

Do you really think these guys don’t care about sexual assault when half their episodes have some reference to the right’s war on women?

Those two things are not mutually exclusive. I have seen plenty of feminists say that #metoo has gone too far, for example. They clearly don’t care about actual sexual assault even though they like to tell themselves they do care.

Do you really think these guys don’t care about sexual assault when half their episodes have some reference to the right’s war on women?

What kupo said. Plus, there’s a fair number of people who only consider sexual assault/harassment to be serious when it’s committed by people they don’t like. For example, see: the liberal folks who think that Julian Assange shouldn’t be prosecuted for rape.

Prefers her in what way? As a jogging partner? Hillary Clinton is not running for any political office.

–and her supporters for some weird reason.

Define “supporters.” If we’re talking Bernie supporters, we’re talking people who support his bid for the Democratic Party nomination. Since Clinton isn’t running for anything, that same definition obviously doesn’t apply, so who are you talking about?

You’re ignoring the fact I explicitly stated I have never “strongly preferred” her except for as compared to a literal monster (Trump, if that’s not obvious). I mean, she and Bernie are both way too centrist for me, but I am going to vote for the person not trying to literally get people killed for their race/ethnicity/orientation/gender/etc. And that means voting for the person who did better in the primaries, too (and yes, that includes if you count popular vote, no superdelegates did not steal a damn thing from Bernie, so don’t even try it).

I’d much rather someone actually progressive, but what I personally prefer means nothing if they’re not on the ballot. But none of that fucking matters to the Bernie Bros who would sacrifice literal lives to abstain from voting or switch to Trump because of their unexamined racism and misogyny. And that’s why I said, “of course she’s a Bernie Bro” and why I stand by that statement. But please, continue to demonstrate the exact behavior that got Bernie Bros their moniker. You’re making my point for me.

This is feeling really 101, here. “These people are people I consider good, so everything they do and believe is good. They can’t do or believe things that aren’t good, because I think they are good.

“These people are bad. Everything they do and believe are bad. They can’t do anything good, because I know they are bad.

“The Good people will be the ones I will incorporate my support of into my identity. They will help me with my moral guiding compass. They can’t do Bad things, because then my moral compass would not be pointing toward Good things.”

The world is complicated. No one is pure good or pure bad.

Also, clearly I didn’t get the answers I wanted from your posts, since I asked those questions. I can answer some, since the history is here for anyone to read, I just wanted *you* to answer them.

You brought up Hillary.

You are focusing the discussion on a candidate who is not relevant to today.

You are defining yourself as “Bernie good, Hillary Establishment!”, rather than looking at the host of other progressive candidates who have come out in this election. I theorise it is because there isn’t an obvious ‘centrist establishment’ candidate yet for you to define yourself against.

Did his campaign help pull the democrats further left? Undoubtedly.

Do his fervent Bros make the online discourse less progressive? Most definitely.

I can’t tell you how to reconcile that, because you will probably ignore me. After all, I’m just a ‘Hillary stan’.

I, for the record, and very much Canadian. My stakes here are because *this shit* is setting the tone for *my* elections. Thanks for that.

I, for the record, and very much Canadian. My stakes here are because *this shit* is setting the tone for *my* elections. Thanks for that. 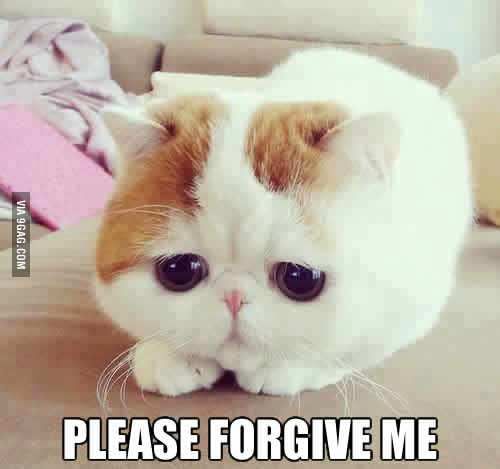 I’ll just listen to this clip of him getting boo-ed as he speaks at the special olympics again, to cheer myself up.

Goodness he is an ass.

There are definitely pro choice dudes who say that they’re women’s rights supporters, but don’t actually listen to or believe women. I don’t know anything about the YouTubers or whatever they are in question, so not commenting on that specifically. But men who proclaim themselves allies while acting as anything but is incredibly common.