President Trump: "We have many options for Venezuela, including a possible military option if necessary" https://t.co/EIPUTM5T5D

I have full confidence that you could give Trump a map and he could not find Venezuela in less than seven tries. https://t.co/7jP628aaDU

I am locked and loaded. By which I mean I'm drunk and in my underwear and I've accidentally locked myself out of my apartment again.

I'm gonna go out on a limb and say that perhaps Gen. Kelly's ability to bring order to the White House was oversold.

someone hacked mike pence's official website and it is a work of art pic.twitter.com/VccQB3lCxq

Is there anything that white folks won't try to take credit for? pic.twitter.com/YuUl5ogZRL

People always throwing cursed objects into the sea hello, no that is how you get haunted sharks

You know, #Halloween jack-o-lanterns were originally made out of turnips. Hmm, neat. I wonder what that looked li- JESUSFUCKINGCHRIST pic.twitter.com/fxALiANr2W

#FossilFriday After a long hard week, kittens and dinosaurs are a salve for the soul. Another from Pinky the Kitten's Dinosaur Adventure pic.twitter.com/Y6hUxITHMP

The foil caps are different colours depending on the type of milk.

This is the one to watch out for. 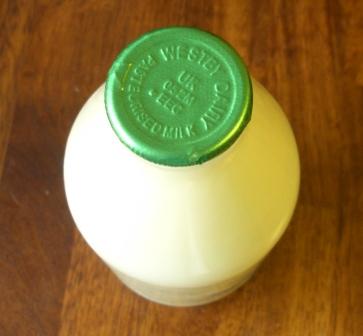 Green top milk is straight out of the cow. Luckily here we all get free TB jabs as schoolkids.

@Alan
Interesting! I’ve only used raw milk for cheese, at which point any of the bad cultures are cooked. It’s illegal in many states to even sell it, and I only recently started finding it in the stores.

Reminder that Eminem called himself and Elvis out on Without Me for appropriating back music for monetary gain. Didn’t stop him, and he wasn’t ever really woke, but still…

Besides, everyone knows Macklemore (and Ryan Lewis) invented rap 😛

I used to like rap, back before it was all ‘bitch’ this and ‘ho’ that

When was this? Cos people have been examining the misogyny in hip hop since the 80s. Unless you were being sarcastic, in which case carry on 🙂

Fellow cheese enthusiast, do you have a cheese cave?

@Alan
Until a few years ago you had to be part of an underground network to get raw milk. For awhile it was actually easier, and less sketchy, to secure hard drugs. Of course we don’t have multiple breeds of chicken to choose from either, just the plastic wrap package marked ‘chicken.’

you had to be part of an underground network

Heh, you’ve now put some fantastic images in my head. Thank you. 🙂

And then Victorious Parasol was a breadbox, too.

Done just about every alignment aside from Chaotic Evil and Neutral Good. The former just because that’s letting perfectly good bread out in the open, and the latter, I didn’t know that people do that.

1) My nomination for the inventor of rap: Fats Waller.
https://youtu.be/dv2ktr-yc3o
2) Tim guegen, thank you for sending me off on a YMO / Ryuichi Sakamoto nostalgia binge. I may be stuck on Tighten up (Japanese gentlemen, stand up please) for some time.
3) Alan and cleverforagirl, in Jasper Fforde’s AU UK, cheese is a controlled substance.
http://www.jasperfforde.com/specops/cheeseindex.html
And toast is aggressively marketed by a government funded board.
http://www.jasperfforde.com/thursdaynext/images/vtm.jpg

Croquembouche, not only funny, but pretty close to how raw milk cheese was treated for awhile. (First you had to sign up for a list, then you were given names you could contact, then if you contacted someone, you needed to convince them that you were cool. If all that went well you could meet someone in a parking garage, you bring the cash, they bring the raw milk/cheese/whatever illegal food stuff)

That’s odd. I reuse the original clip, but I’m fairly sure my alignment is somewhere near Neutral Good, or a bit on the Chaotic Good side of it. Certainly the Political Compass site plotted me in the lower left quadrant: left wing and anti-authoritarian …

There really isn’t a genre of music that has lyrics that isn’t soaked in misogyny. Can’t help but side eye when people single out rap.

Hmm, actually, i was thinking the rap was inventend by the inventor of doors, cause he was used to rap on them.

Oh, soft bread. Not that common, but for any food in a plastic bag, i tend to use a clothes peg, if it has to stay out of the fridge.

I use the closure the bread comes with until about half the loaf is gone, then it’s the twist and tuck before… It goes into the fridge. 0.o

“Rap” has been around in Jamaican music since forever. I know Kool Herc denied that connection, but come on. There’s no way you could be a Jamaican with an interest in music, 12 years old in 1967, just when Poppa U-Roy, King Stitt and all those other guys started recording, and then randomly “invent” the same thing a few years later. Boo, Kool Herc. Boo. Also boo for being a rapist.