I found the meme above on the front page of the Men’s Rights subreddit today, with 82 upvotes (and counting). It’s a pretty good illustration of the standard story MRAs tell themselves about feminism: Once upon a time there was Good Feminism, it was modest and polite and didn’t ask for much. But then along came Tumblr feminists with their purple hair and they ruined everything!

While some MRAs in the Men’s Rights subreddit thread do take issue with the blatant historical inaccuracies of this meme, the enormous popularity in MRA circles of this narrative about feminism — which bears about as much resemblance to actual feminist history as the Men’s Rights movement does to a legitimate civil rights movement, which is to say none — reveals how little the typical MRAs actually know about the movement they pretty much devote all their time to denouncing. Not that their complete ignorance of feminism keeps them from having many very strong opinions about it, which they would like to tell you about at length.

Of all the dumb things in the above meme, their weird sanitized fantasy version of 2nd wave feminism amuses me the most. Hey MRAs, go take a look at Sisterhood is Powerful or the Redstockings online archive, or something.

Later this month I plan on getting my hair dyed blue. And yet somehow my husband still loves me. Maybe it’s because he’s not an MRA and was raised to respect women. (If you knew Mr. Parasol’s mom and sister, this would come as no shock.)

Do they know first wave feminists were beaten, raped and arrested for asking equal rights?

That nothing happened because everyone was nice and polite and inoffensive?

You could write a multi-volume history book on the history MRAs either don’t know or willfully ignore. It’d be about a million pages and have an entire wing of the public library.

So, uh, Andrea Dworkin is generally considered part of Second Wave, which had a spectrum from people who supported the Civil Rights Act of 1964’s ban on sex discrimination to radfems who sometimes did make unfair generalizations about men (and sometimes trans women). If you talk to people who like to read their Dworkin or who are into Mary Daly, they really don’t like Third Wave feminism most of the time.

The bad art kind of makes it look the endgame of feminism is to turn ourselves into Darth Vader.

And I’m not sure when the term ‘patriarchy’ was first used by feminists, but I do know it was not invented by third wavers.

You know what I wonder? Whether the word takbir (on the “aftermath” sign) is supposed to mean something there, or was just picked at random.
I mean, it’s the infinitive form of the verb that indicates saying “Allahu akbar” (yeah, Arabic does that; they also have a verb that means “to say bismillah” and even ones for longer phrases, which I find pretty neat) which might have some tenuous connection to their ideas about Islamization – like, maybe the idea is that in their “aftermath” situation people go around saying that phrase (which in the West is mostly connected to terrorists, even though Muslims would say that in a whole lot of contexts)? I dunno.
But it also just means “to make big/great”.
Probably has other denotations I’m not aware of, Arabic is a very rich language.

So, what is it? What do they mean? Or did they just go for “this is something in Arabic so it is MUSLIM and BAD”?

Ok, so first of all of these guys really felt that equal pay is reasonable they wouldn’t fight as hard as they do to keep the wage gap intact. Second, I don’t think they’d much care for a suffragette, as others have pointed out.

Edit: could you even fill a whole book with the history they do understand? Maybe a tri-fold brochure would suffice?

So, speaking of the history of feminism, an interesting article on the anti-suffragist women:

Here, for my money, is the most unsurprising bit:

The leaders of the anti-suffragist campaign were generally elite ladies of high social status who themselves possessed political power. Corinne McConnaughy, a teacher of political science at the George Washington University, in her book The Woman Suffrage Movement in America: A Reassessment, says, “In short, they were women who were doing, comparatively, quite well under the existing system. They were generally urban, often the daughters and/or wives of well-to-do men of business, banking or politics. They were also quite likely to be involved in philanthropic or ‘reform’ work that hewed to traditional gender norms.” So, in short, granting the rights to vote would take away some of the power of these women, or The New York Times put it in 1894, “To give women the suffrage would only increase the ignorant vote and bring refined women into contact with an element that should not be brought into their lives.”

So, yeah, another thing to keep in mind when someone tries to cite one of the various anti-feminist women as proof that somehow 3rd-wave feminism isn’t about women’s rights.

I don’t think I’ve ever heard anyone seriously into social justice say they reject labels; instead they say self-given labels are important, while it’s “moderates” and “egalitarians” who claim we don’t need labels. According to them, if we all pretend to be the same then prejudice will just vanish! Of course, they just don’t want to bother hearing about the problems minorities have to deal with.

Or did they just go for “this is something in Arabic so it is MUSLIM and BAD”?

It’s 30° C right now but your name has me hankering for a big cup of frothy Mexican chocolate de mesa.

As for the chart, one could spend hours dissecting it for all the many stereotypes and cliches they’ve piled on. At a first glance we have nostalgia for the “good old days”, women being angry (thus bad), Islamophobia, whitewashing, strawmanning and pink-haired punk 3rd wave feminists. What is it with these supposed manly mendudes who are so afraid of shocking pink/blue hair? It’s like they’re scared of Jem and the Holograms!

Maybe it’s because I grew up in the 80’s/90’s and was brought up to think the punk/new wave/glam look was cool.

It’s like they’re scared of Jem and the Holograms!

I used to watch that…

I’m gonna guess that you’re right :/ But that was an interesting tidbit I learned. I dunno; should we be amused it doesn’t say “pinecone”? I wonder where they got takbir from.

Hey, Jem and the Holograms was the shit and I think you know that. 😀 You’re only as young and dorky as you feel.

I’ve seen this graphic before but the “post-Western” part appears to be a new addition. I’ve seen it stop at the third-waver previously.

More stupidity is that antifeminists made the exact same arguments about the second wave being unnecessary because the first wave feminists did everything needed. When we get to a fourth wave we’ll start hearing how the third wave liberated all women forever and there’s no need for further waves.

I’m guessing nobody wants another one of my fanboy polemics about Edith Garrud and some of the other more ‘proactive’ suffragettes?

This is worth a read though. 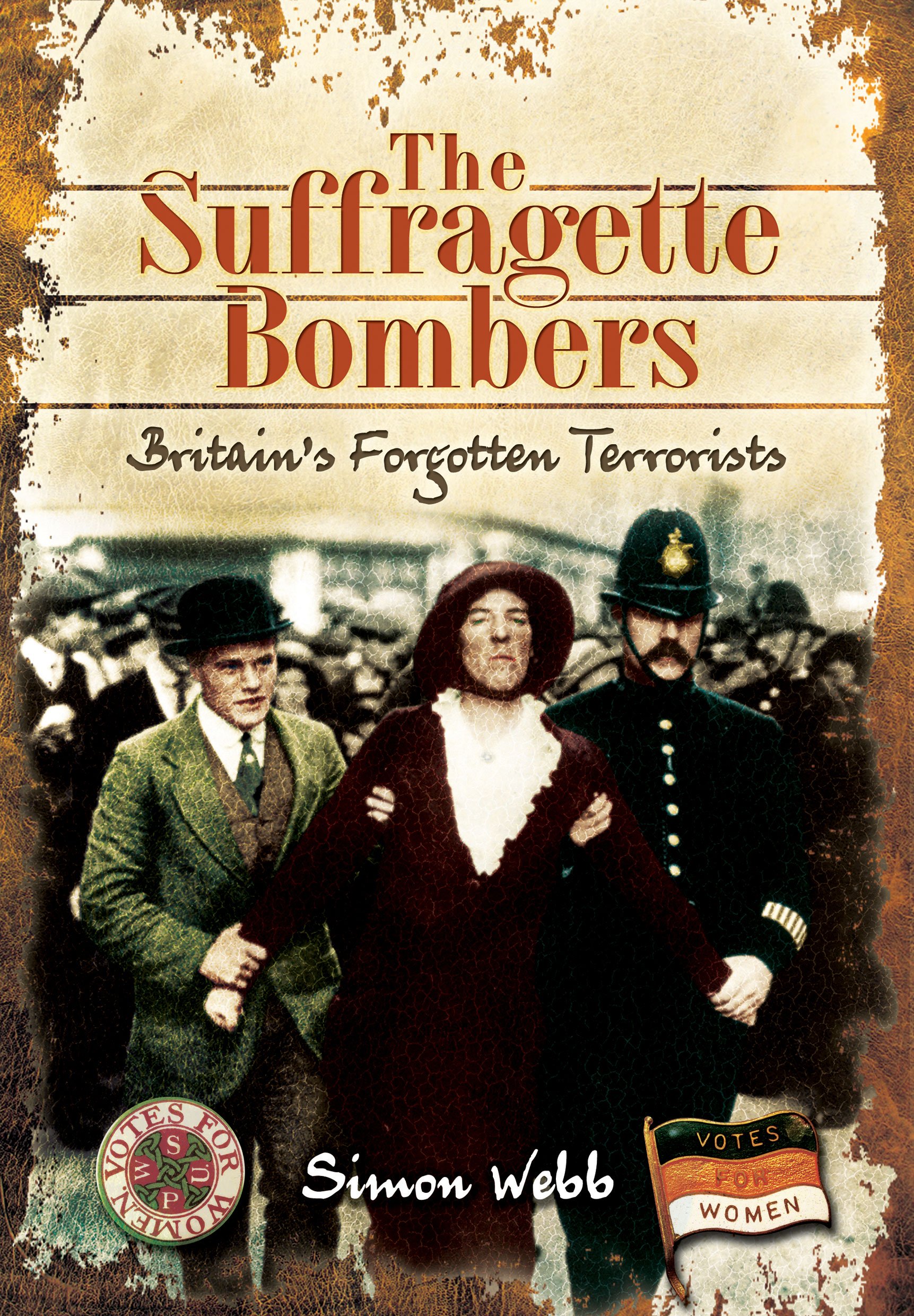 Fujimoto | August 4, 2017 at 5:31 pm
I don’t think I’ve ever heard anyone seriously into social justice say they reject labels; instead they say self-given labels are important […]

As any cat owner will tell you: There’s a BIG difference between putting your cat in a box and the cat going into the box of its own free will.

There’s also a BIG difference between cats with boxes to hide in and play with and cats who have no boxes or other things to play with or hide in.

No no, we’ll all go to the “tHaired Wave”, and no more feminism will be needed. All women need is better hair. None of this freedom crap. *sigh*

My guess for the reason MRAs are so horrified by candy-colored hair:

Dying one’s hair an unusual color takes confidence, and they fear confident women. This is probably why they rail against short hair on women, too.

If you chop your hair off and/or dye it some fanciful hue, you might as well be wearing a sandwich board that says “I DON’T NEED YOUR APPROVAL!”

Of course, this is terrible, because MRAs think their approval should be our only source of self-esteem.

(Typing that last sentence gave me the urge to wash my hands.)

I just got into a prolonged discussion with an antifeminist type yesterday and earlier today on another website, and it really does just astound me how even when they’re not just trolling, their opinions are all formed from a position of intense ignorance and denial, and are usually fueled by intense emotions rather than anything factual.

Dying one’s hair an unusual color takes confidence, and they fear confident women. This is probably why they rail against short hair on women, too.

I can’t believe it took someone saying it for me to get it, but you’re absolutely right.

“Dash” bias? Rainbow Dash bigotry? Can you explain that for me? 😀 No sarcasm, I just have no idea what you’re talking about or whether you’re using MLP to make your point, or actually talking about MLP-related discussions.

Imagine MRA’s that exclusively post as dash fans, and arguing with them for two years. I don’t actually talk about it much because it does sound pathetic. But it happened. And might be involved in why I like to mentally profile bigots. It could be personality thing.

Oh! And I was using social evolution jargon with respect to the source of some of those mlp fans. I was the Twilight! Mod (that’s what it looked like).