As Trump stumbles from one self-created crisis to another, the main hub of Trump support on Reddit is thriving. The_Donald now boasts more than 200,000 subscribers, many of them eager cyber-warriors who love nothing so much as Googlebombing anti-Hillary memes (like the one above) to the top of the search engines results, or flooding online polls with votes for the man they call their God Emperor.

For today’s Memeday, here are some of the more, well, interesting memes posted to The_Donald in the last week. All these memes got upvotes, some thousands of them, others only a handful.

Though many of Trump’s most enthusiastic fans are Internet Nazis who’ve flooded Twitter with a wide assortment of antisemitic memes, more than 1200 The_Donald readers evidently felt no shame about upvoting a meme that libels lefty rich dude philanthropist George Soros as a literal Nazi working for the literal Hitler.

Soros, who is Jewish, was 13 when the Nazis invaded Hungary; he survived the Holocaust by posing as the godson of a government official. On one occasion, when he was 14, he traveled with this government official to inventory the belongings left behind by a wealthy Jewish family that had fled the country. This incident has been cast as “collaboration” by assorted right-wing media sources; this meme takes the false allegation one step further.

Here, in something of an ironic twist, The_Donald readers joke about murdering many times the number of people Hitler and the Nazis murdered.

It should be noted that Trump himself has made a point of saying that he won’t rule out using nuclear weapons against countries he deems enemies of the US.

Here The-Donald denizens try some cold-war style redbaiting with a meme suggesting that Hillary is a Communist agent because some of her campaign buttons make reference to a “new day dawning.” Which is apparently Commie-speak for world domination or something.

And why not round out the whole bunch with a rape joke featuring accused rapist Julian Assange?

Just a reminder: When Donald Trump went to Reddit to do an AMA (Ask Me Anything), this was the subreddit he did it in. These are his peeps.

I was involved in a case about whether a painting was real or a forgery. The expert witnesses were able to show it was painted after the 1950s by analysing the isotope level in some of the pigments.

Apollo thinks it’s toxic that being expected to say bigoted things is becoming the norm. But advocating using a nuke isn’t. I think that tells us all we need to know about him.

And by people are pushing back, he meant white guys angry about losing their privilege. Every other demographic is voting for Hillary Clinton by large margins. This is nothing more than a tantrum reactionaries are throwing because racism, misogyny, homophobia and xenophobia are not a winning strategy anymore. At least not in presidential races.

Also, getting mentioned here is not some sort of victory. We mock misogyny. These memes haven’t upset us all that much. We’re mocking them. Bragging about being mocked is pretty pathetic.

Just for once I’d like to see something new. That also goes for the necro gun nut, by the way. Something other than PRATTs.

At this point I’m pretty sure a bot would be more entertaining.

@Alan – That’s really interesting (and spooky). Makes things more difficult for forgers if they can’t use flax or linseed-based paints manufactured after 1950.

Apparently C-14 dating can be used to determine the precise date of death of a living organism, as long as it occurred during the years when atmospheric testing was going on. They’ve used that technique to confirm the vintage of wines and which of two reclusive elderly masters of an estate passed away first.

trigger a Social Justice Warrior into

…into demonstrating that they have functioning moral compasses. FTFY.

P.S. “Trigger” is not a cutesy synonym for “provoke” or “annoy”. Try to understand what words mean before you use them.

@Sinkable
I assumed concern troll out of the half assed non-apologies and flimsy appeal to a higher cause.
@Nequam
Paper Tiger in Vietnamese.

I’ve been missing from this blog for awhile (got another kid on the way! Hope the two year old boy handles it well :/ ) but it makes me impossibly happy to see an argument about the precise definition of fascism mingled into a discussion of video games and trashing a disingenuous copy-paste troll. It’s like I never left! :’)

Thanks!! It’s an exciting time, even though it feels like we just barely got our lives back in some semblance of order after the last one.

Congratulation on the little ones 🙂

This morning while on my way to the coffee machine, I saw my 4 year old niece watching whatever the hell this is. I’m not too sure what to do or think.

They’ve used that technique to confirm the vintage of wines and which of two reclusive elderly masters of an estate passed away first.

I love the fact that Mammoth is essentially just a fascinating fact exchange.

“isn’t it about time we all try to find common ground again?”

“Most of them are meant to … trigger a Social Justice Warrior into showing how intolerant they really are.”

@Binjabreel – Great to see you again! Congrats on the upcoming addition to the family (and Peppa Pig reboot).

Maybe something else will be all the rage by the time the little one is old enough for TV?

My 4 year olds, along with the rest of their preschool class, are currently glued to Paw Patrol 24/7. Pls send help. (But not puppies in trucks.)

I suppose that, when you believe that your hateful ideology is the one naturally shared by the silent majority, asking for people to find common ground really means asking them to give up their beliefs and adopt yours. Why should Apollo give up anything? He’s the normal one, believing in a Hobbesian “natural order” of freedom and violence, while we’ve got these deviant ideas about respect, dignity, and equity…

If cringe value could be converted to dollars, he’d be a fucking billionaire. Asshole.

^ So not only do I get to support women’s bodily autonomy and the goal of every child being a wanted and loved child, but Matt Forney and his ilk will avoid me? That’s incredible. If it were possible for me to be more pro-choice than I already am, it would be happening now.

He’s obviously got no idea how an abortion can destroy lives, several at once sometimes, and indeed even that of some men in rare cases… because of the same fucking stigma he’s peddling.

Hey, Binjabreel, great to see you back! And congrats! ^^

@Binjabreel
A million grats! I don’t know if I was commenting when you were. If not, hiya, I’m Axe! I remember you, cos your name sounds kinda like Bibarel 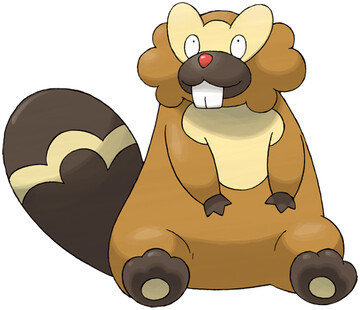 Gonna Plug my Nose and vote for clinton.

“Remember this antisemitic anti-Hillary meme? The_Donald is trying to Googlebomb it to the top of the results for the word “corrupt””

Yep, that anti-semitic Hillary meme- because it was an 8-pointed star (something included in Microsoft word graphics), it was anti-semitic. From the most anti-semitic candidate ever, a man in which every single one of his adult children is married to or dating a jew, including Ivanka, who converted to judaism.

“Though many of Trump’s most enthusiastic fans are Internet Nazis who’ve flooded Twitter with a wide assortment of antisemitic memes, more than 1200 The_Donald readers evidently felt no shame about upvoting a meme that libels lefty rich dude philanthropist George Soros as a literal Nazi working for the literal Hitler.”

That’s all Soros is- just a “lefty rich dude”. He’s not a man who’s had a hand in funding countless movements and organizations that are ultimately destabilizing governments all over the world, like his admitted, central role in the European refugees crisis, which he admitted to in response to the Prime Minister of Hungary, Viktor Orban’s accusation that he’s heavily supporting it (http://www.bloomberg.com/news/articles/2015-10-30/orban-accuses-soros-of-stoking-refugee-wave-to-weaken-europe). And Soros is right that what he’s doing is “upholding European values”- Orban, on the other hand, sealed off Hungary’s borders, because that vile Islamophobic bigot doesn’t want this in his country: http://www.express.co.uk/news/world/698928/German-terror-ISIS-refugees
http://www.express.co.uk/news/world/702610/German-girls-given-TEMPORARY-TATTOOS-to-prevent-swimming-pool-sex-attacks
http://www.dailymail.co.uk/news/article-3754341/Tattoos-spelling-NO-given-young-girls-German-swimming-pools-help-stop-sex-attacks.html

“And why not round out the whole bunch with a rape joke featuring accused rapist Julian Assange?”

And that’s all he is. Julian Assange was technically a freedom fighter at one point, but since his work has been tacitly helping Trump (even though he also exposed how the DNC fucked over Sanders), that’s all he really should be spoken of.

And Futrelle, I hope you don’t ever say anything like Hillary Clinton is the wife of an “accused rapist”, Bill Clinton, a man who has over 10 sexual assault and harassment allegations against him.