We’re preempting this week’s regular Week in Woke (which looked like it was going to be somewhat boring anyway) so we can bring you this SPECIAL REPORT on capybaras taking over an Argentinian gated community that by rights should be theirs.

As The Guardian reports:

Nordelta is Argentina’s most well-known gated community: an enclave of spacious homes for the rich amid a dreamy landscape of lakes and streams north of Buenos Aires.

But environmentalists question its very existence because it is built on the wetlands of the Paraná, the second most important river in South America after the Amazon.

This didn’t sit well with some of the original inhabitants of the wetlands, the semi-aquatic rodents of unusual sizes known here in the US as capybaras, and in Argentina as carpinchos. And so these generally very genial creatures have started moving back into the gated community.

In recent weeks, the community has been invaded by capybaras, who have destroyed manicured lawns, bitten dogs and caused traffic accidents.

Hey, they can’t help it if they like to party.

They’re also leaving behind a lot of poop.

“They not only destroy gardens but their excrement has also become a problem,” one local man told the daily La Nación, complaining that local wildlife officials had prohibited residents from touching the large rodents.

As the Guardian notes, calling this an “invasion” isn’t quite right. Carpinchos aren’t an invasive species in Argentina (as they are in, say, Florida); this is where they’re from, after all, and huge portions of South America has been carpinchos territory for millennia.

The Guardian quotes note ecologist Enrique Viale, who told them that calling the carpinchos invaders is just plain wrong.

“It’s the other way round: Nordelta invaded the ecosystem of the carpinchos,” said Viale, who has been campaigning with many others for 10 years now for congress to pass a law to defend the wetlands from development.

“Wealthy real-estate developers with government backing have to destroy nature in order to sell clients the dream of living in the wild – because the people who buy those homes want nature, but without the mosquitoes, snakes or carpinchos,” he said.

Nordelta isn’t just a bad thing for capybaras; it’s a danger to poor people as well.

“Nordelta is the supersized paradigm of gated communities built on wetlands. The first thing it does is take away the absorbent function of the land, so when there are extreme weather events, it is the poorer surrounding neighborhoods that end up flooded. As always, it is the poor who end paying the price.”

Twitterers have their own feelings about the “invasion,” mostly pro-capybara.

Somehow I think this one lost a bit in translation.

Needless to say, we here at WHTM are TEAM CAPYBARA all the way.

Sorry for your loss. Part of my weekend suck was the parents having to put their beloved doggo to sleep, and me not having any way to wish the goober farewell.

My heart hurts for you. Like Alan said, it does get easier to recall the good and be wistful with time?

Bailey looks like she was a delightful good girl, and I’m glad you had time together.

Oh, WWTH <3 my heart goes out to you. Losing a loved one is always painful, and animals that we love always deeply. They love us so purely and deeply, we can’t help but respond the same. The pain will soften and become more gentle in time, and the good feelings will return then. Melancholy, too, but it’ll still be good. All my love <3

Oh, I’m so sorry to hear about your dire weekend too.

I’m sure though that your folks’ doggo had as a good a memories of you, as you do of them.

Grief is the price we pay for having the capacity to love. It would be nice to be able to switch our emotions off at times like this. But our emotions allows us to also be happy; and in time, the happiness far outweighs the sad.

Oh no, @Contrapangloss, you too? I’m so sorry. It’s funny how these things seem to come in clusters. I’m glad at least that your parents were able to be there, and I’m sorry you weren’t as well.

I’m so sorry, I think it was my junior or Sophomore year of college, when my cat Jesse started to get really sick really fast and his system started to shut down. He was in so much pain and my mother couldn’t make him suffer for me to be able to get home. so they had him put to sleep. he was 17 years old I think, and very much loved but it still hurt so badly. It was the responsible thing to do as a pet care taker but that doesn’t make it any easier. my mother was so worried I’d be upset with her, but I told her that I would have been more upset if she had let our boy suffer longer then he needed to just for me. He didn’t die alone. both my parents stayed in the room with him and my mother petted him and kept telling him “it’s gonna be okay Jesse, You’re going to be with Josie, And I know she’s been missing you just as much as you missed her” (Josie was his sister that past away when I was a senior in Highschool, they were from the same litter, he didn’t take her death well). What I can tell you is that the pain doesn’t go away, but it does numb when you remember all the love you’ve given them and all the love they gave in return.

I’m sorry for you’re lost as well. It also got me thinking of Jesse, my mom knew it was time for him because his back legs completely gave up from under him. The vet said it seemed like his Kidneys and liver just started shutting down on him.

Thanks all, and sorry for your loss as well Contrapangloss.

It’s so weird not having her lying around the living room while I work. Dracarys (cat in the avatar) spends a lot of the day napping under my bed or in the basement. I won’t miss her any less whenever she goes, but I’m used to not seeing her for long stretches of time. Bailey, on the other hand was just always there. I’m glad I’ve been able to work from home and got to see so much of her in her final 1 1/2 years of life.

@WWTH: all my sympathies. We lost a kitty a few months ago who was even older than your doggo, and sat on my lap whenever I was awake. I still expect to see her. I still find bits of her fur. The only good thing about the pandemic was being home with her more.

My mom had my childhood kitty put down a couple years after I moved out. I was only on the other side of town, but very sick at the time and shouldn’t have gone out. So she called me after it was done, very apologetic, but explaining that she didn’t want me to have a relapse and she couldn’t worry about both us kids at once. She swore she saw his ghost regularly till another cat adopted them to fill the void.

@luzbelitx: Thank you for the reports from La Revolución de los Carpinchos. It’s good to have a local source for this important story.

Late to the party, but, Yay Capybaras! Go give the capitalist gits a kicking in the wallet for destroying your home.

To everyone grieving a lost dog, my condolences. It’s so hard to lose them, especially after 15 or 16 years. I had a terrible fright in January when I thought my 13 year old Ezzie-pup was ill and I might lose her, but Blue Cross to the rescue! They took her teeth out and checked her dodgy hips. I can’t face the thought of losing her or her sister. They’re 14 in 5 weeks.

@Elaine, totally not your fault the fridge died. I hope your friend can get a resupply of insulin. It amazes me that something so vital to life is so hard to get in the US.

Awww big hugs for anyone who needs them! Furry friends are best friends and I hope you all will be feeling better, although they will be missed forever.

Both capibara and carpincho derive from the Guaraní word “kapi”, which measn “grass” (capibara is “grass eater” and carpincho would be more like “grass dude”)

Guaraní people are the original (human) inhabitants of the capibaras’ fields.

They were also called “Chigüires” by the Cumanagoto people in today’s Venezuelan coast on the Caribbean. 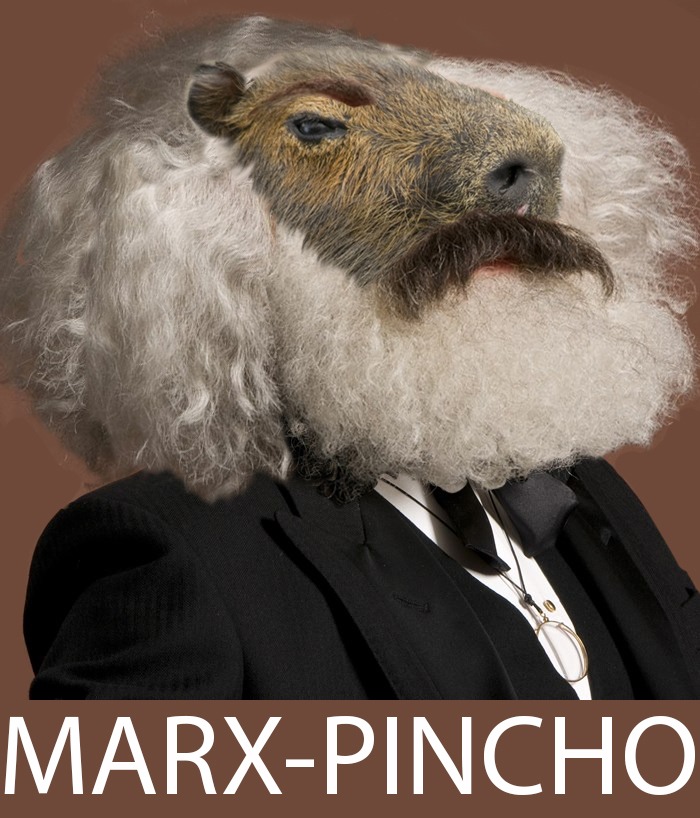 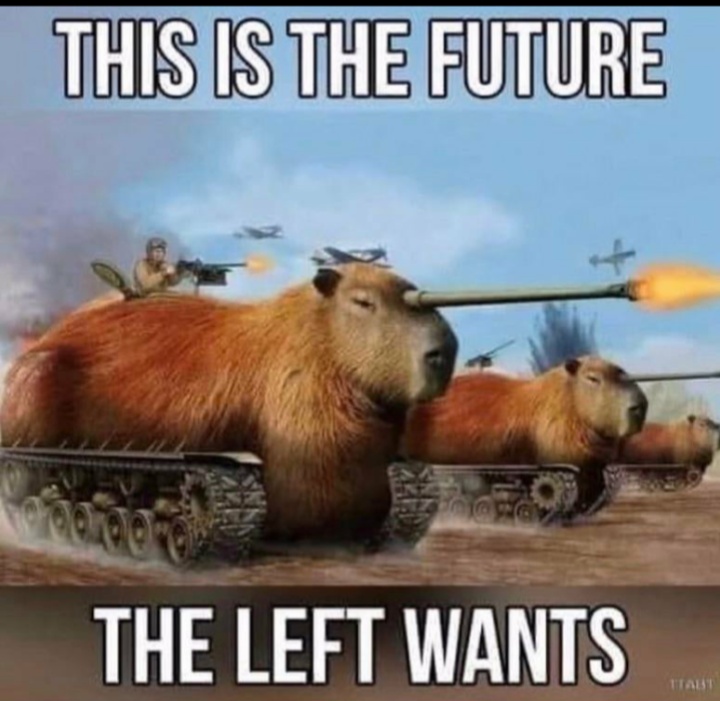 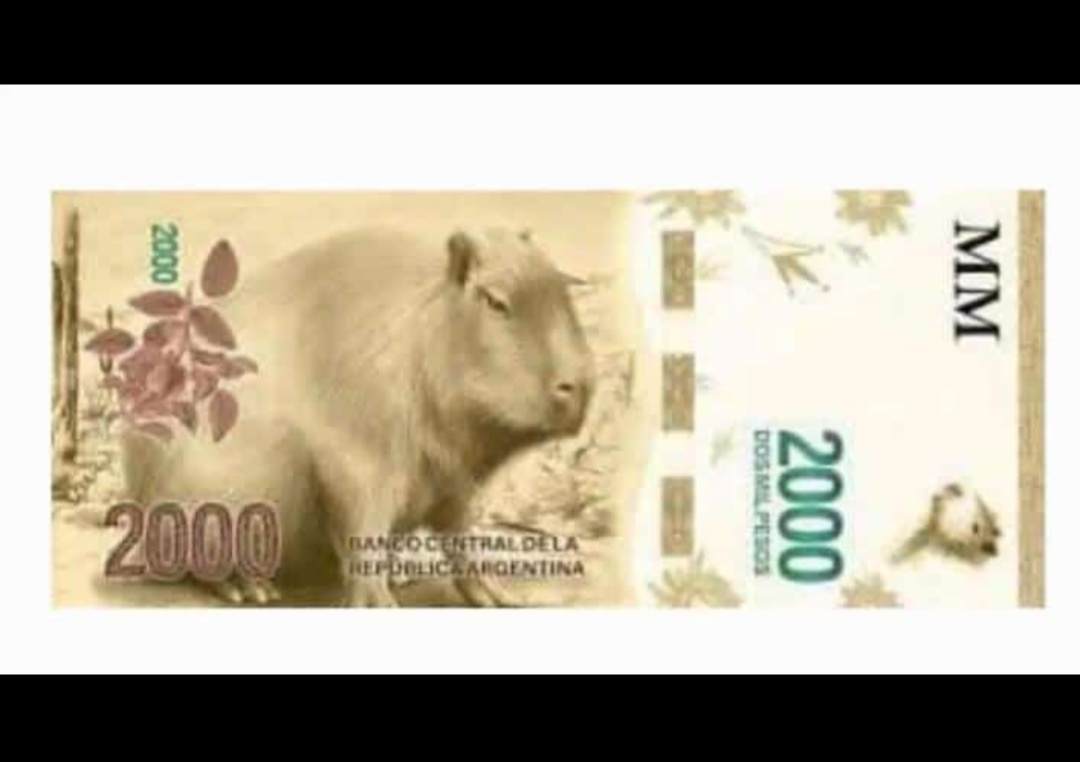 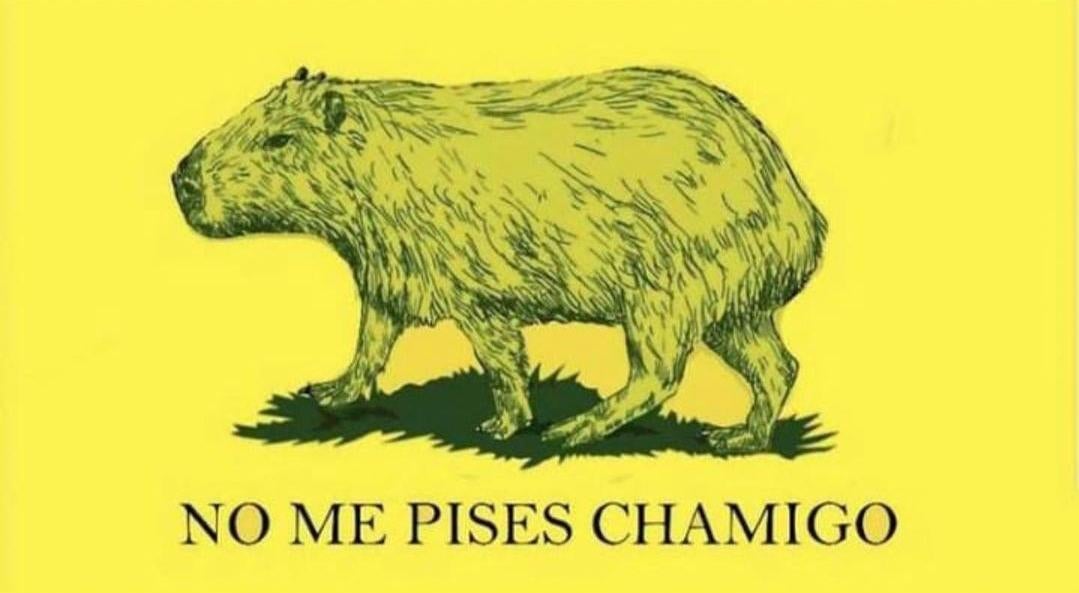 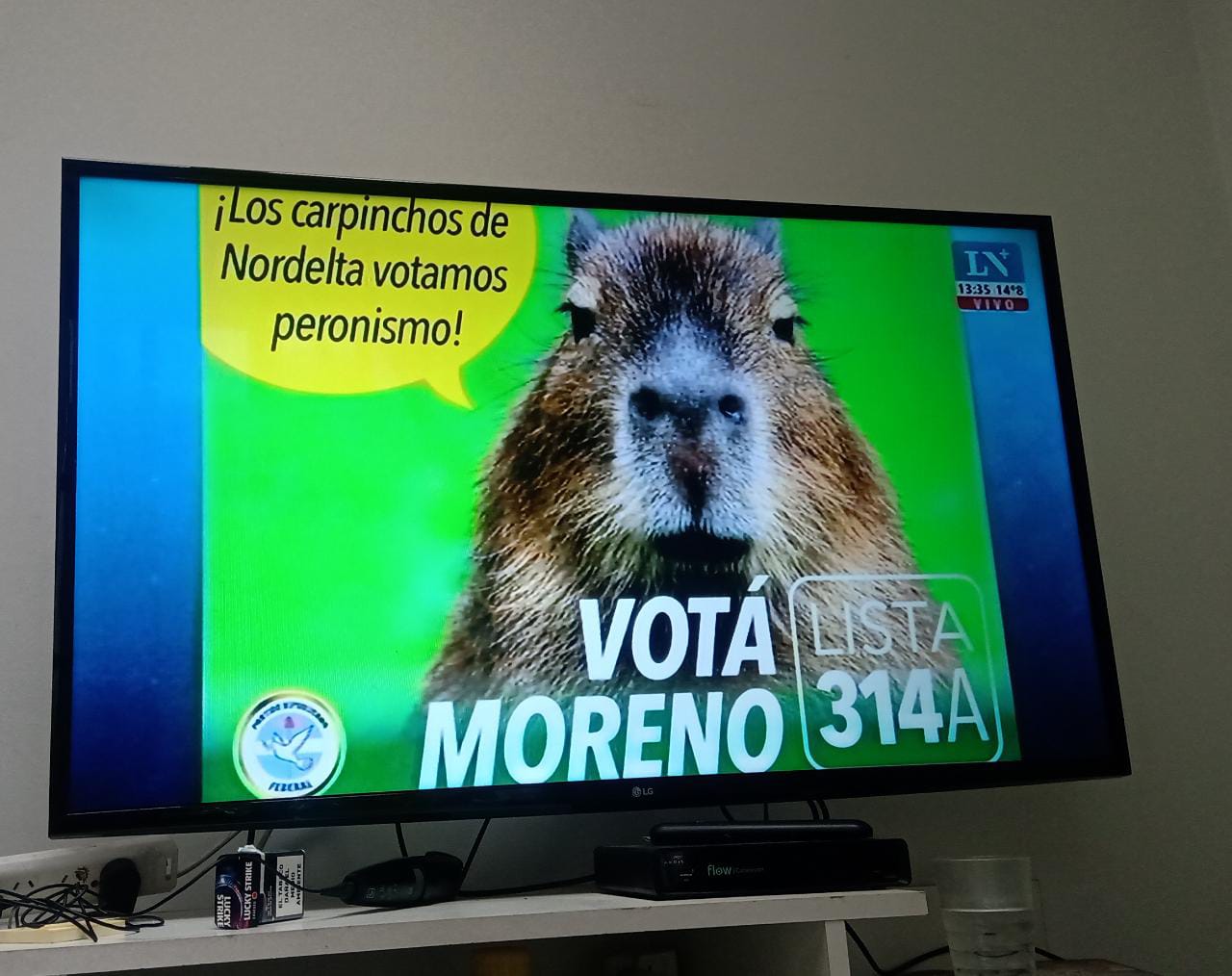 And it seems carpinchos are joining the mid term elections. They have my vote!

Last edited 9 months ago by Luzbelitx

Oh my word; just when you think Ca(r)pys couldn’t be any cooler.