So this hashtag popped up on Twitter today, a deliberately ironic poke at gender inequality (I asssume). There were a variety of reactions — some funny, some not-so-funny, and some that seemed to have floated in from another dimension.

Some used the hastag — as I think it was intended — as an excuse to post a variety of pictures of the “men are lazy and goofy and basically human-shaped wrecking balls” variety.

One Tweeter looked to history for an answer:

My favorite tweet of the bunch was, naturally, this one with a cat in it.

This Tweeter might just have licked off too much psychedelic toad venom.

But not all Tweeters approached the hashtag with such good humor. A few seemed to have missed the joke entirely:

This guy, who also missed the joke, tried to use the hashtag to promote a eugenic approach to COVID that would leave millions of people dead.

This Tweet from a reactionary snowflake took aim at the shocking — shocking! — misandry of the hashtag.

This guy hates mean hashtags and just wants everyone to get along.

This person, meanwhile, wants us forget the hashtag and just enjoy this brief video of a possum of unknown gender:

That reminds me of this amazing video of two raccoons interrupted during a midnight ramble.

@Sheila Crosby
I’ve lately been hearing that a proper corset may not have restricted your life all that much, provided you weren’t tight-lacing.

I can’t vouch for the veracity of this, but Karolina Żebrowska has a Youtube video about it.

I can’t stop reading this as “if men were Putin”

@wwth : that kind of shirtless putin ? 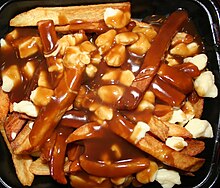 If men were Putin Charge, they’d be coming soon to East Ukrainian localities not yet under occupation.