Are there any words in the English language sweeter than “Christopher Cantwell found guilty?”

The infamous “crying Nazi” and A Voice for Men alum Christoper Cantwell has been found guilty of threats and extortion after a not-quite-week-long trial. As the Huff Post reports:

A jury in Concord, New Hampshire, on Monday found the racist podcaster guilty of extortion and interstate threats related to a threatening message he sent fellow neo-Nazi Benjamin Lambert, aka “CheddarMane,” in 2019, in an attempt to extort information about rival neo-Nazi Andrew Casarez, aka “Vic Mackey.” …

“So if you don’t want me to come and fuck your wife in front of your kids, then you should make yourself scarce,” Cantwell allegedly wrote in the 2019 message. “Give me Vic, it’s your only out.”

The charges carry a maximum sentence of 22 years.

He’s scheduled to be sentenced sometime next year and will presumably stay in jail (where he’s been since his arrest in January) until them. Cantwell also faces civil lawsuits for his role in the violent “Unite the Right” rally in Charlottesville  in 2017.

While Cantwell has been convicted only for the threats he sent to a fellow alt-rightist, the jury’s decision will bring a certain degree of justice for all of those on the left whom he has harassed, threatened and assaulted over the years.

We Hunted the Mammoth relies on support from you, its readers, to survive. Please donate here if you can, or at David-Futrelle-1 on Venmo.

I love the smell of justice, especially in 2020.

One down, far too many to go….

If so, then I don’t want to be right. If anything I’m surprised a Nazi has been convicted of a crime and put behind bars in times such as these. Then again, considering the victim was another Nazi, maybe that’s why it happened. I am ready to bet you anything that, had the victim been a POC or a woman, the DA wouldn’t even have pressed charges.

“..fuck your wife in front of your kids..” Is that a rape threat? What is wrong with this man, seriously. I am glad he actually got convicted, I didn’t expect that to be honest. I wonder what the sentence is going to be and how he tried to claim in court that “No-no, this is NOT meant to be a rape threat!”

To the full 22 years in jail for Chris!

Then again, considering the victim was another Nazi, maybe that’s why it happened. I am ready to bet you anything that, had the victim been a POC or a woman, the DA wouldn’t even have pressed charges.

That’s what frustrates me. It’s like getting Al Capone on tax evasion charges. On the bright side, he’s behind bars now and hopefully will be there for a bit.

I am tasting the sweet schadenfreude, and I encourage others to feel the same, but I would also like to clarify that we should not make any prison rape jokes about Chris. I’m seeing a lot of those on Twitter and it’s really not something to joke about regardless of who is involved.

@painteyelash
I’m sure somewhere you can find a transcript, but I’m not sure where and you’d have to then find his specific comments on that bit.

O/T: Add Eddie Redmayne to the list of actors who have outed themselves as bigots by defending JK Rowling. I didn’t have a very high opinion of him already after he played a trans woman character in The Danish Girl, but he’s really shown his true colors now.

Last edited 2 years ago by Naglfar

No. No, it definitely isn’t.

I wonder what the sentence is going to be and how he tried to claim in court that “No-no, this is NOT meant to be a rape threat!”

Yeah, I noticed he got convicted for “interstate threats against property” (that’s the full name of the crime that is just rendered “interstate threats” in the article quoted by David). There’s probably more to it, because of course someone who issues that threat is going to issue more than one threat, but I found it particularly odious that he threatened the man’s wife instead of the man with whom he was upset and then was convicted for threats to that man’s property. Even knowing that wives are no longer “property” under the law, the long history of exactly that made my stomach turn when I heard the verdict.

Are there any words in the English language sweeter than “Christopher Cantwell found guilty?”

Not when they get hoist on their own petard, and wouldn’t have had the misfortune if they had not been Nazis.

See also: the Missouri governor who let the virus run rampant in his state … to the point that it found its way eventually into the governor’s mansion.

I’ll give you one better: “All GOP Senators and Donald Trump sentenced to 1000 years in maximum security prison.”

Anyway, I hear ADX Florence SuperMax has some open cells.

I feel forced to answer : sweeter words exist, and it’s “DFonald Trump is no longer the president”.

@Naglfar But some of my best friends are <INSERT MINORITY>.

Also the title made me think of this gem.

Unfortunately, he’ll just come out of prison a meaner, better connected Nazi than he went in.

@Nagflar : I prefer “are removed from office” because that avoid loopholes like still ruling from prison.

Albeit I guess the only way to be sure imply a guillotine. 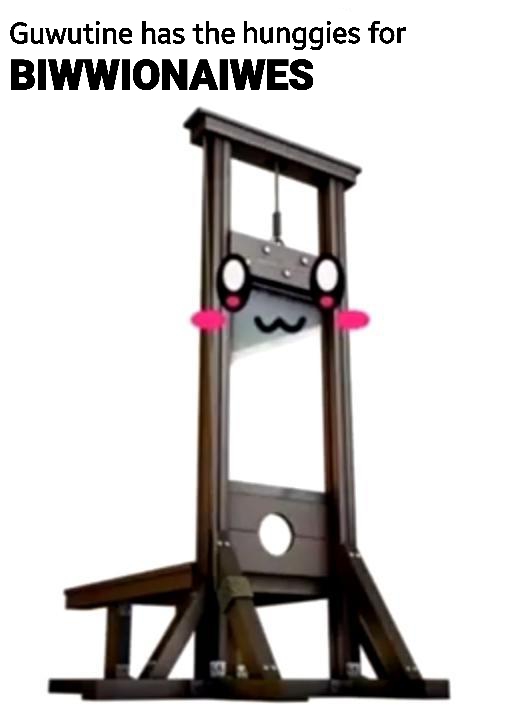 (note : I am aware of how likely i am to die in a violent revolution, so more peaceful options would be better. If I had trust in them)

I wonder what the sentence is going to be and how he tried to claim in court that “No-no, this is NOT meant to be a rape threat!”

I believe this is the original source: https://www.informant.news/p/cantwell-trial-day-4-so-much-cantwell

@Viscaria
Oof. Did he really think anyone would buy that? I get the feeling he was grasping for straws at that point. Anyway, hopefully this will be kept in mind when he is sentenced, he deserves the longest sentence possible.

Good choice, but I believe this is what David was referring to.

As for Cantwell, good riddance.

It’s nice when the justice system sorta, kinda works. It’d be nice if they took internet threats seriously in general, but I’ll take any victory at this point.

@Viscaria, Naglfar:
I don’t think he thought anyone would ‘buy’ that, so much as he’s so far down his own rabbit hole that he doesn’t really understand what he looks like to normal people anymore, and keeps getting surprised when things go against him.

The last thread about him, somebody posted a link to an archive.org copy of an old blog where somebody who had been banned and threatened by Cantwell in the past was going on about their interactions. It sounded like even before he had gone fully Nazi, Cantwell had managed to piss off pretty much every local libertarian hangout by being too much of a shit-disturber.

This is also why it’s common for leftists to infiltrate right wing groups, but the inverse virtually never happens. Conservatives have been getting high on their own supply and feeding themselves circular logic of what the world is like for so long that they have no idea what the real world or normal people are like. Whenever they try to pretend to be leftists they just follow the same weird stereotypes they made up and stand out like a sore thumb then get confused why it isn’t working. They usually only fool each other.

OTOH, imitating a conservative is very easy. Just nod along and pretend to agree with what they say, and they will be convinced you are one of them.

Dangit, I liked that show (though given what I now know of the police, I doubt I’ll be able to watch most of it). Not that surprising that neo-nazis would latch on to that character, though.

As for Cantwell… Good riddance.