The New York Times has a fascinating collection of articles today on the fifth anniversary of the start of GamerGate, and how that mob harassment campaign put in place a sort of template for the culture wars of the past several years, “jump[ing] out of the obscure fever swamps of the internet and into mainstream consciousness.”

I’m quoted in Charlie Warzel’s overview, examining the ways that GamerGate helped to channel the inchoate white male angst of 4chan and gamer culture into a reactionary political crusade that continued long after the #GamerGate hashtag itself died, and that created a whole new class of “harassment influencers” who profited off the mob.

One of the media entities that exploited the GamerGate mob most effectively was, of course. Breitbart. Wurzel writes:

Breitbart’s coverage elevated Gamergate across a growing far-right media ecosystem, which drew attention from the mainstream press, who viewed the entire conflict as an online circus with endless carnival barkers. “It didn’t help that these people are, in addition to their harassing, always embroiled in their own personal dramas,” David Futrelle, a Chicago writer who covered Gamergate extensively for his blog, We Hunted The Mammoth, told me. In other words, they weren’t just pundits, they were characters. “That outrageousness made them irresistible to media,” he said. It was this attention — from influencers and the press — that cemented the status of Gamergate.

Warzel’s piece is well worth a read, as are the other pieces in the package.

Right on! It’s nice to see you getting the credit you deserve.

Today is the fifth anniversary of GamerGate? It seems more recent than that. Then there’s the fact that the harassment towards women never really ended and continues to this day, which might be why it seems recent.

I also like the phrase “harassment influencers.” I mean, it’s a terrible thing to be, but the phrase is apt.

Highfives! Congratulations, David! (And the article is indeed excellent.)

and yeah, “harassment influencers” is a perfect description of those people.

One article published in the NYT and another that quotes you? In one week? You’re on a roll, David!

Speaking of Sarkeesian, one of my favorite arguments presented by a Gamergater was that I cannot, simply CANNOT, have a valid, logical opinion on Gamergate… because I think Sarkeesian is hot. And therefore I am unable to form a logical, rational view on anything game related whether it involves Sarkeesian or not.

That’s brilliant David, nice to see that your contribution is being recognized.

Speaking of Sarkeesian, one of my favorite arguments presented by a Gamergater was that I cannot, simply CANNOT, have a valid, logical opinion on Gamergate… because I think Sarkeesian is hot. And therefore I am unable to form a logical, rational view on anything game related whether it involves Sarkeesian or not.

“Siri, find me some right-wing tears, extra hot and salty” 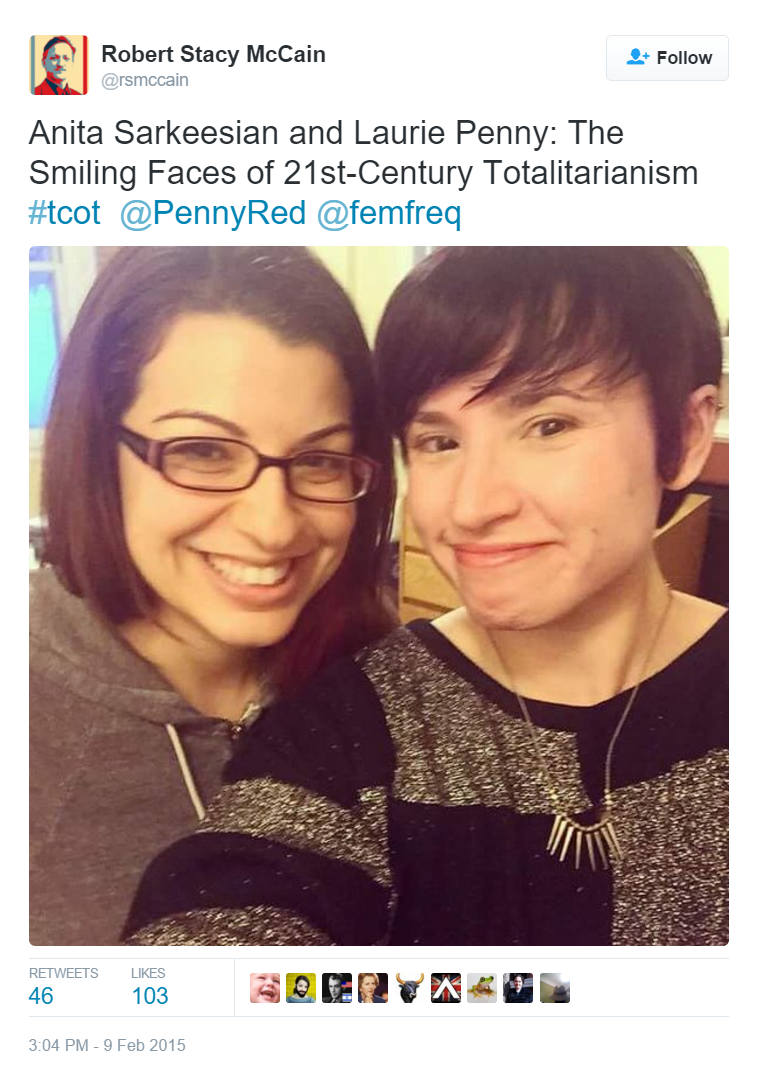 Congratulations to David Futrelle for being quoted as an authorized source in a NYT article.

When I joined here two weeks ago. I didn’t know what Gamergate was. Upon reading Warzel’s article, I thought terrorism, plague, and we’re at war.

As an aside, Steve Bannon is known in Spain for having supported the nascent fascist party Vox. One year ago, they had zero seats, in Government, regions, provinces, towns… nothing. Now, thanks to extensive media coverage, they are a force to be reckoned with.

Maybe it’s just me, @Allandrel, but I don’t think we really need reports from your boner.

@Cat Mara, it’s always projection. Someone who accuses Anita Sarkeesian and Laurie Penny of “totalitarianism” for publishing critical words on the Internet is probably itching to be able to put people in camps.

Hi, my writing’s nowhere near as good as David’s; but with your help I might at least get a decent title.

It’s for an article about employment law and political activity inside and outside work; including criminal activity as part of activism. Any and all suggestions gratefully received!

This is the last one I did:

@Specialffrog
I haven’t heard much about Milo lately. Last I heard, in June he was going to lead a straight pride parade, but I don’t think it ended up happening and I haven’t heard more since.

Hard to believe we’re five years removed from it. As I reflect, it was a harbinger of things to come that a single dipshit’s sob story could balloon into a multiyear harassment mob.

And over what? A hobby? I get that people can be really into hobbies; I mean, I play games on the regular myself… it still floors me the way obsessive fans (with major misogyny issues) lose all perspective over things like this.

Congratulations, David. Yet more proof that the work you do is important.

@Solecism, “Marching Without Getting the Boot” is a brilliant one.

I still marvel how for all their talk about ethics in games journalism, they missed the most egregious breach of all: that since its inception, games journalism has acted on multiple well-recorded occasions as little more than advertising wrapped up in a veneer of neutrality.

They couldn’t even identify the cause of the issues they supposedly rallied around. It would be pathetic if they hadn’t brought it on themselves.

Fair point. While I was trying to make a point about how absurd Gamergate arguments are, bringing up one relating to whether or not I find someone attractive was probably not the best way to do that. It’s not like there is a lack of absurd Gamergater arguments that do not involve, as you put it, “reports from my boner.”

speaking of games, I saw an ad for “hero Wars” game on facebook called “Saving the Princess”… and it was DEEPLY disturbing… I tried to tinyURL it, but was rebuffed….

In other news, I was researching the arguments (I use the word in it’s vernacular form….) from a convo with a trumpanzee, and stumbled onto a Gizmodo piece which had the full 10-page text of James Damore’s Google anti-diversity screed….

On average, men and women biologically differ in many ways. These differences aren’t just socially constructed because:

(NONE of which even INDICATE a biological origin), there was a foaming undercurrent of “the way it was before didn’t bother me, and that’s how I’D run the company, why are we trying this new stuff??”

@Weird Eddie: it’s assfax all the way down…