So I have discovered — a little belatedly — what may be the worst-written sentence in the English language. Or at least the worst sentence ever written by someone who thought he was writing the best sentence.

It comes from a blog called One Angry Gamer, near the end of a post from 2017 hailing the opening of the game industry conference E3 to the public as a giant victory for true gamers like himself, and a crushing blow to SJW game journalists.

If that all sounds very 2014, it’s because Mr. One Angry Gamer is an unapologetic GamerGater who hasn’t stopped GamerGating even though the movement he was once such an enthusiastic participant in has largely been subsumed into the broader far-right resurgence.

In his post, OAG celebrated E4’s policy change as if it were a world-historic victory for civil rights.

The news recently went out that the ESA will open up E3 2017 to everybody. All gamers from all walks of life and all backgrounds, from all over the world, each one coming in different shapes and sizes, will be able to attend the event.

We haven’t gotten to the worst sentence yet. But I do like OAG’s inadvertent assertion that every gamer is simultaneously small, medium and large.

Typically, some SJWs were not pleased that real gamers would be able to finally bypass the uninformed, fascists [sic] gatekeepers known as game journalists, and see and experience the games and technology for themselves.

His evidence that SJW “fascists” were furious over this development? He found a few alleged SJWs making jokes about it.

But OAG was just getting warmed up. He went on to declare that these evil SJWs

were hoping that this would be a short-lived exercise in pro-consumerism, hoping desperately that the legs of opportunity would close shut tight on gamers in years to come.

The, er, legs of opportunity? That might close? So gamer dudes are basically fucking opportunity, and this makes SJWs mad?

Other SJWs found [the opening of E3 to the public] to be a mistake, a blasphemous call for the hydra of consumerism to emerge from the far corners of the interwebs; a stake to the heart of game journalism’s oligarchy; a raping of the gated clique that once controlled the foyer of information that lactated from the bulbous PR udders dangling from the publishers’ visceral bloat that drips begrudgingly through the sphincter of the media and out through the curdled lips of their blogs.

I’m having a bit of trouble trying to visualize the assorted mixed metaphors in that sentence. Could someone draw me a picture?

By the way, despite all the incoherent, sexualized body horror of that last sentence, we still haven’t gotten to the worst one.

Others tried defending the old guard, pretending as if the cavernous opening in the rectum  major gaming sites’ advertising opportunities makes them reliable, trustworthy, independent journalists with the interests of gamers in mind.

There seems to be a word missing there, or maybe a dozen, but somehow I don’t think even the most careful proofreading could have rescued that sentence.

Gamers’ milky victory secreted onto the tongue of SJWs’ pride, languishing there like a badge of honor that can’t be rinsed away; all while the pole of ethics lodged its way down the orifice of corruption, filling the gaping hole with improved policies and updated disclosures, changing the landscape of media journalism forever.

I would try to break that sentence down, but frankly my brain froze up after I tried to imagine someone trying and failing to rinse away a badge made of semen that was stuck to their tongue.

Maybe gamers really were a mistake.

I’m going to go lie down for awhile.

H/T — Thanks to Twitter’s @CranBoonitz for highlighting OAG’s amazing post.

There’s a famous essay by George Orwell called “Politics and the English Language”; you can find copies of it online (for example, I found this one on the first page of Duck Duck Go’s results). It’s a bit of a mixed bag: he skewers a lot of academic writing that IMO rightly deserves skewering for being flabby and dreary, not to mention the kind of euphemistic political writing we’d describe nowadays as “spin”, but a lot of people have criticised it for committing the same kind of offences itself as well as for a general air of “get off my lawn”. Anyway, there is a line in it which I always think of when I read stuff like this:

[the] prose consists less and less of words chosen for the sake of their meaning, and more and more of phrases tacked together like the sections of a prefabricated hen-house…

(Emphasis mine, though I suspect they may have existed in the original paper version of the essay I read)

I suspect our One Angry Gamer has read someone like Hunter S. Thompson or other writer of “edgy” reputation[1] and thought, “I can do that!” and set about building his Hunter S. Thompson prefabricated hen-house (crack-house?). But he doesn’t really have the feel even for the pre-fabricated phrases in which he is trying to express his inchoate rage at “SJWs” and his other ideological foes. His ideas and imagery are stale and lifeless, a theme Orwell develops on in his essay. The end result is like that episode of The Simpsons where Homer tries to build the barbecue: a jumble of mismatched parts. 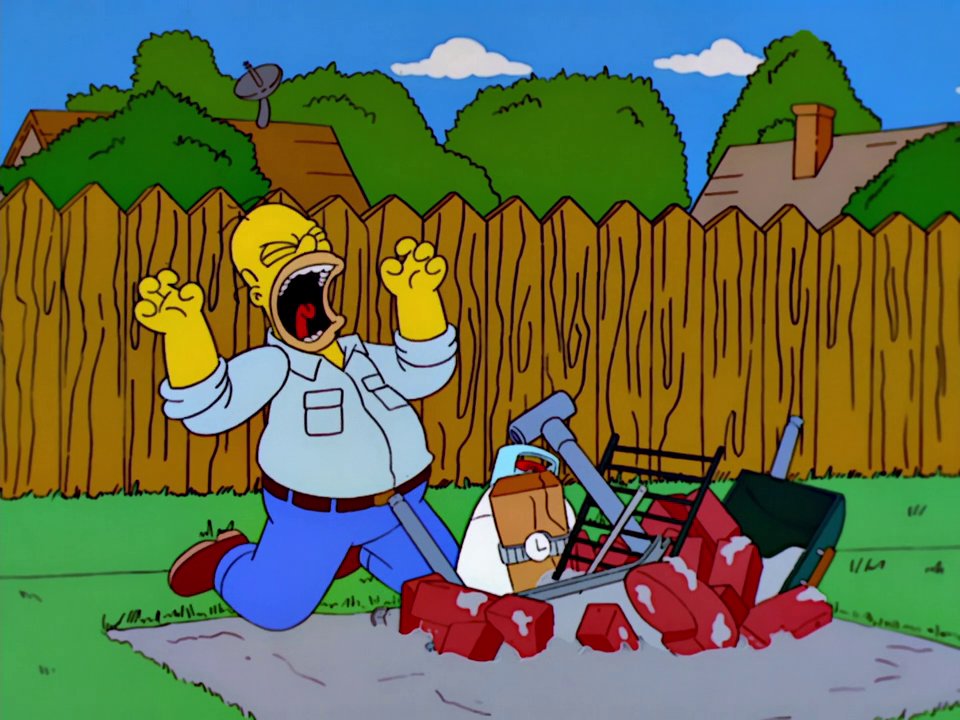 [1] For what it’s worth, this is actually a dangerous misrepresentation of Thompson as a writer; for all of his cultivated persona as a drug-fiend and his later problems with substance abuse that ultimately lead to his suicide, HST was someone who knew how words worked. This was a guy who, before writing his own stuff, laboriously typed out the works of authors like Fitzgerald and Hemingway so he knew how it felt to write good prose. If you haven’t already, do read some of Thompson’s work. I admit: I read him as a teenage edgelord and chortled at all the stuff like the description of the car-boot full of drugs and the bat-hallucinations in Fear and Loathing in Las Vegas, but when you go beneath the surface patina of madness and depravity, you see a well-oiled machine of words at work.

Isn’t calling yourself “One Angry Gamer” a bit of a self-own? To pretty much anyone outside Gamergate, it just sounds like “One Cranky Manchild”.

It’s like this one gamergate/comicsgate dipshit I used to know who described himself as “the raging fanboy” when he was well into his 40s or 50s. Even without knowing his approximate age it’s such a pathetic thing to proclaim; “I’m angry, I’m immature and I’m never going to change!”

@Fujimoto:
The unironic use of the term “virtue signalling” is literally a self-own. It means the speaker thinks the only reason to not be a frothing asshole to minorities is for money, or some other immense reward.

It’s unfortunate they’ve taken such a liking to the term because it can be a useful one. If someone does attach to social justice solely because of reward then virtue signalling is fully applicable, especially if the effort is shallow. It’s what social justice advocates originally meant by “social justice warrior” (which is probably why it was appropriated too; the early shitheads must have assumed everyone into social justice just wanted to look good).

Bluecat-that would make a great plot for a movie. A VERY weird movie, but a good one!

In short, the gamerbros are throwing conniptions over the perceived Uniqueness Decay: now the filthy casuals get to have what used to be their special thing! –acting as though the principal purpose of games were to have fun or something!

(“Laaame–now every douchebag is gonna have a ninja weapon!”)

I know I’ve said this before, but for the love of Odin, can I get some fucking ranch with that word salad? These guys are so desperate to make their petty squabbles with imaginary strawmen sound interesting and brave when it isn’t. And I hope the irony hasn’t been lost on anyone that they still unironically call people “social justice warriors” while they literally paint themselves as warriors for their particular brand of keyboard justice. It’s just like how they abuse terms like “triggered” but think it’s different when THEY fly off the handle over the slightest provocation.

The great industrial towers kept between the long, curving transit lines, projecting forward up the folds of the valley until reaching their goal… the entertainment district.

Draw you a picture. I doubt I could imagine a picture.

I do know where I’d start looking the works of H. R. Giger. I get the idea that the feeling, if not the actual image, is in there somewhere. 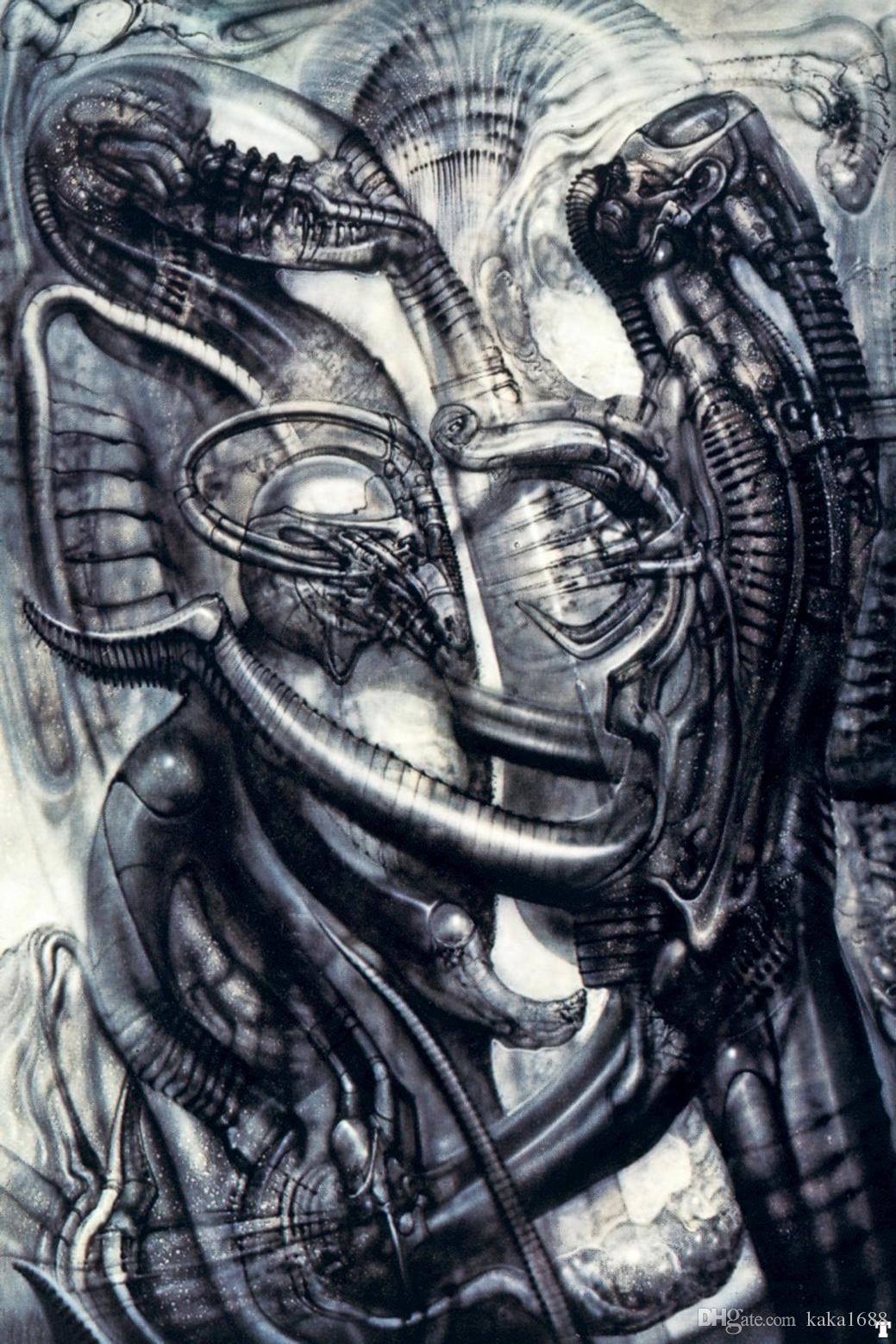 I guess he felt he had to obscure the statement ‘I fantasise about the oral and vaginal/anal rape of anyone who disagrees with me’.

The sentence he chose is even worse than saying it blatantly.

My favorite stupidity here is the idea that being allowed into a marketing conference is somehow being allowed to see “THE TROOF”. No, asshole, you’re just going to get marketed to in exactly the same way you would have if you just watched the videos from home.

Verily, the people who like video games have thusly shoved their righteous genitalia into the quivering and hateful orifices of the vicious and totally not entirely imaginary evil overlords of the game thing! -Typed one-handed

Totally off topic but that lil kitten in the gif probably needs to be syringe fed. 🙁

How about “Naked Lunch”? I mean the movie. If I remember correctly there were lots of dicks and semen in very odd places.

Boy, that kid really needs to fuck.
Does he practice SR?