We don’t know much about Mark Anthony Conditt, the man allegedly responsible for a string of bombings in the Austin area that killed two African-Americans, injured numerous others, and terrorized a city. But what we do know is certainly suggestive: Conditt, who seemed to have been targeting prominent African-Americans, was a conservative homeschooled Christian who blogged about his  opposition to abortion, same-sex marriage and sex offender registries.

So naturally more than a few on the right have decided that Conditt must have been some sort of AntiFa supersoldier.

This is a picture from his student ID at Austin Community College. Either way probably Antifa or Bernie Sanders supporter, one not excluding the other. https://t.co/YjsfwJakqY pic.twitter.com/7GrG1crYpJ

If the bomber in Austin Texas was a Donald Trump voter it would have been all over the news by now what do you want to bet he's an antifa member or Bernie bro or he's a Hillary Clinton voter?

Mark Anthony Conditt.
-How much info on this guy did the FBI take in and then mismanage?
-Is he a
1. Bernie Bro?
2. Antifa Anarchist?
3. Recent convert to a well-known peaceful religion?

ANTIFA members are vicious. And they don't use guns.
So the Austin bomber was a member of ANTIFA. Surprised?

While the “Rex Tillerson” in the above tweet isn’t the real Rex Tillerson, those pushing this particular conspiracy theory aren’t all anonymous nobodies.  The Trump Train twitter account has more than 200,000 followers; General Deplorable has more than 60,000. @DrJaneRuby is a self-described “American Health Economist, New Right Journalist, TV Host” who is working with alt lite conspiracy theorist/former Bumble user Jack Posobiec and others to organize a right-wing networking conference in DC later this year.

While some cried “antifa,” other right-wing conspiracy theorists thought they saw the hand of some nefarious “deep state” cabal at work.

Mark Conditt was a pawn in the oligarchy’s game to create a media smokescreen for the federal authorities who failed in #Florida, Americans should know that Deep State agents loyal to Andy McCabe were involved in sending those packages just as they let proles die in Parkland #USA

Here Igou Again IMHO: The Austin bomber fits the bill as another Mk Ultra killer in that his father's next-door neighbor said the young Conditt was friendly and quiet, and he never got the sense that anything was amiss…. https://t.co/QRAY7bVR9p

Even before the suspect’s name was announced, some glommed onto comments made on Reddit by someone claiming to be the bomber as “proof” of some sneaky conspiracy that could not possibly involve anyone with right-wing leanings.

Alex Jones’ Infowars pushed this angle hard, with Infowars TV host David Knight relying on the Reddit postings to suggest that the bomber was an AntiFa “nihilist.”

BREAKING: #AustinBombings Stopped, Suspect Dead,
Was he a nihilist #Antifa?

While Knight presented his theories in the form of questions, his colleague Paul Joseph Watson treated the unverified Reddit postings as Revealed Truth, declaring that they proved the bombings were “not political.”

Meanwhile, some cited the Reddit posts as proof that Alex Jones — whose alternate reality “news” empire is based in Austin — was the bomber’s real target.

Mark Anthony Conditt allegedly said on Redditt under a fake name that he was sending a bomb to a radio host in Austin. That means he was out to kill Alex Jones. Doesn't sound like a Trump supporter.

He tried to kill Alex Jones.

He was a leftist Antifa, just like many other domestic terrorists in the US. https://t.co/RfSpZtVkaj

It would all be a lot funnier if this weren’t how an increasing number of Americans get their “news.” From Donald Trump to Alex Jones and down all the way to @MKWPatriot, the right in America has chosen to live in an alternate reality of their own making. And the rest of us have to deal with the consequences.

Never believe that anti-Semites are completely unaware of the absurdity of their replies. They know that their remarks are frivolous, open to challenge. But they are amusing themselves, for it is their adversary who is obliged to use words responsibly, since he believes in words. The anti-Semites have the right to play. They even like to play with discourse for, by giving ridiculous reasons, they discredit the seriousness of their interlocutors. They delight in acting in bad faith, since they seek not to persuade by sound argument but to intimidate and disconcert. If you press them too closely, they will abruptly fall silent, loftily indicating by some phrase that the time for argument is past. It is not that they are afraid of being convinced. They fear only to appear ridiculous or to prejudice by their embarrassment their hope of winning over some third person to their side.

Is this like the “never wrestle a pig” thing? “You both get covered in shit, but the pig enjoys it”.

Mr. Parasol pointed me to this link today:

Legal experts warned that if Trump does the same during an interview, strays off script, or makes baseless statements, the consequences could be “tragic.”

I don’t think “tragic” is the word I would use. Possibly also “if”.

Did anyone else want that to continue with :
“Sew — a needle pulling thread?”

YES THANK YOU I DID 😀

Indeed. Instead a pig-sticker should be used.

Gotcha. OK fascists, bring it on! 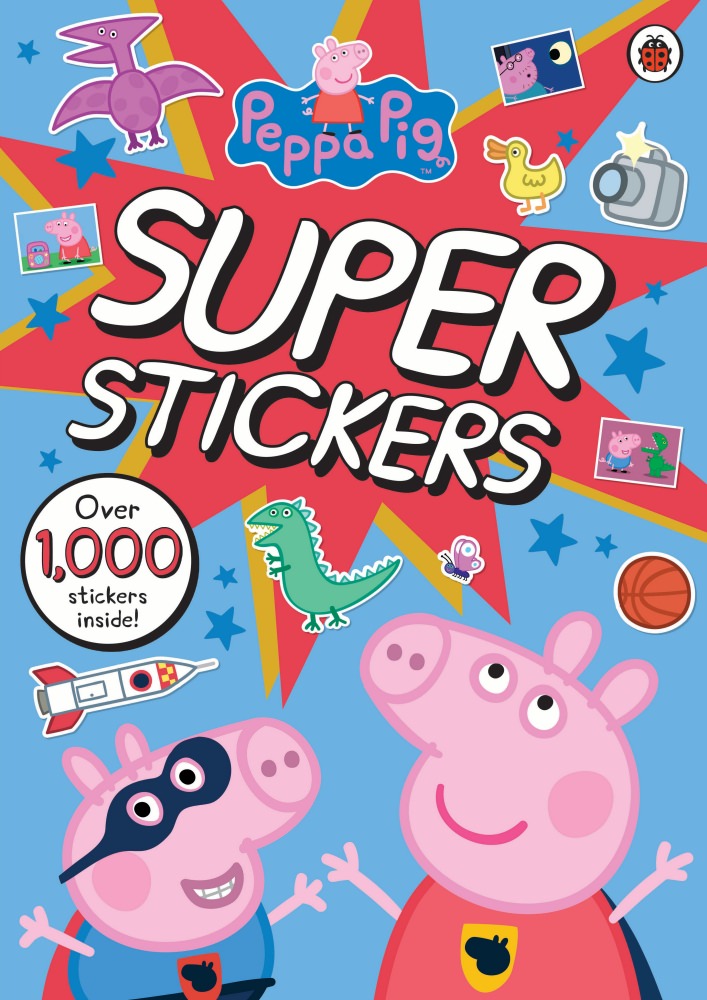 Of course they claim him as one of theirs, just as they claimed the other mass murderers. These guys have the exact same motivation as any other patriarchal man; any man who’s steeped in the traditional roles we tell our children as a society. They want power and prestige. They want to be respected and feared, just like any other dude – just more. Claiming a well-known, powerful, feared person lines up exactly with what these jerks want.

Did he call himself an Incel? Don’t know, don’t care. He raised a flag and the Incels are rallying to it, that’s all that matters.

@EJ, not that I think what you’ve said is wrong! You’re quite right, I think. But this is a different lens on that. They flip between “just a joke” and “deadly serious” so quickly because all of the memes, all of the arguing, all of the beliefs are just vehicles. Power and prestige is the destination. At the core of their beliefs is a desire for power and acclaim – power over the out-group and acclaim within the in-group.

That’s how the doublespeak comes so easily, that’s how the death of meaning doesn’t seem to bother them. Their goals don’t need defense from anything we do or say because we’re the outgroup, the intended victim, the lesser. They just feel they deserve power over us, and any noises we might make are only worthy of laughter to them.

That’s a possible way to look at it at least! I’m most likely wrong.

Woops, I put this on the wrong thread!

Wingnuts live in their own little fantasy world.

Wingnuts live in their own little fantasy world

I doubt it. They’ve been commenting here a long time

Yeah, CriticalDragon’s been here for ages. I’ve seen them on Twitter lots of times too.

Re wingnut: I find this one a bit tricky; it seems to be more about weirdness or eccentricity than mental illness? People have used it here before, including David, I’m pretty sure.
@Axe, I’m not nit-picking for the sake of it, and I have no feelings about “wingnut” either way. I’ve honestly wondered about the term when I’ve seen it here, and your comment reminded me that I wanted to ask about it.
Thoughts, anyone, if you’re able/willing?

I’m not nit-picking for the sake of it

No worries, and perish the thought 🙂

Thoughts, anyone, if you’re able/willing?

Far as I can glean from (admittedly) meager google research, wingnut has either of 2 likely etymologies
1)from the actual wingnut tool. ‘Nut’ already had ableist usage, and ‘wing’ was added for some reason or other
2)from ‘right wing nut’. The ‘right’ fell off, and the latter words merged, independent of the name of the tool
Both, however, seem to come from ‘nut’ = ‘mentally ill person’ = bad. And also, it’s just uncomfortably close to just calling people ‘nutcases’ or ‘nutjobs’, ya know? That’s my take anyway

Verrah late reply, but thanks for your thoughts. I was aware of the etymology, yep. “Wingnut” was also a term here (and elsewhere?) for someone with big ears, as their head resembled the shape of one 🙂

Agree with you that it’s too close for comfort. Plus, it’s often used as if it means “crazy”, and how a word is used is perhaps more important than what it originally meant (notwithstanding the fact that etymology is just damn fascinating).

As I said, I’m not interested in using it – was more curious. Appreciate your reply!

Mish and Axe – The first use I encountered of “wingnut” was when I left basic training and went to the Defense Language Institute. The school serves all the services except the Coast Guard (they never need to use foreign languages?) Anyway, the Army folk were called “grunts,” the Marines were called “jarheads,” the Navy were called “squids,” and the Air Force were called “wingnuts” or sometimes “zoomies.”

I didn’t like any of those names. They always sounded like they came from some sort of committee meeting about forced pejoratives to me.

Wingnut, back in my youth, was applied to small kids with very short haircuts – pretty much all the little boys I knew – and sticking-out ears.

But, either way: unfortunate implications.

@Hambeast
‘Grunt’ meaning manual labourer dates to at least the turn of the 20th century, probably from ‘grunt work’ ie work that is done with a lot of grunting. Entered the US military lexicon sometime before the Korean war.

Jarhead/Jughead is a mule, since sometime in the 19th century, applied to Marines because they often had some around and supposedly had a similar temperament.

Squid shows up ca. WWII, for specific reasons that remain unclear. Wingnut was a preexisting term applied to low ranking airmen by higher rankers, later by others indiscriminately. Zoomies are jet pilots, usage dates to the 50s when there were still units of prop jockeys to contrast them with.