A We Hunted the Mammoth EXCLUSIVE!!!! I have found the mysterious and surprisingly sexy painting that Trump had his “charity” buy him for $20,000!

Alas, it is not quite as sexy as this actual real painting of Trump on display at Mar-a-Lago.

That is a real painting that exists (though not the one his charity paid $20,000 for).

I remember seeing the second one before – something about how the visible hand on the right was re-painted later.

Dang, those are some unhappy clouds.

I think we may have finally found the mistake that even Bob Ross couldn’t cover up.

I’m concerned that you might actually believe this, child.

Oogly: What they always bring.

(Seriously, I think I’m gonna wear this gif out.)

Is this the actual painting?
By Ilma Gore.
https://www.theguardian.com/us-news/2016/may/07/donald-trump-penis-painting-ilma-gore

Sorry, should that have a trigger warning or NSFW?

Trump would be just the sort or clod to think that Cricket gear would make him look classy just because it’s English.

Trump would be just the sort or clod to think that Cricket gear would make him look classy just because it’s English.

The artist, as quoted in the linked artuicle, seems like a sensible and reasonable chap…

“I don’t like Republicans, and I don’t like any of the Democrats,” Cowan said. “When all these people started picking on [Trump] and saying bad things about him, I thought they went too far. He just has his own way of speaking …”

I’d just like to reassure the artist that it’s ok, I’m sure Trump’s not upset, because all those people who sound like they’re picking on Trump and saying bad things about him aren’t actually being nasty at all. They just have their own way of speaking.

Oh c’mon! That is some seriously subpar conspiracy theorizing. Let me offer a much better one.

Trump has been setting things up so he can drop out of the debates by claiming unfair bias…why? Because he and Clinton ARE REALLY THE SAME PERSON. Oh sure, they’ve appeared together….in photos. Photoshop exists, sheeple! WHEELS WITHIN WHEELS

“His own way of speaking” is an interesting euphemism for “constant, blatant lying.”

That painting strikes me as the pure essence of preppiness.

Or am I dating myself by remembering the Prep period? Gawd, they were all over my HS in the late 80s. I still can’t see a little alligator applique without twitching.

Mick Dash is back? The ban was temporary? Oh good.

What you did was indescribably insensitive. You rail against the “gynocracy” and how horrible feminists are for ignoring men’s issues, using it as proof that they don’t care about those issues instead of paying attention to the context. Yet the moment there’s an actual instance of a man’s issue that shows up right in front of your face, what do you do? Bulldoze the survivor to try to score a point in a fucking internet argument. Such is the empathy of your ‘movement’; it’s not a movement of people trying to improve the world, it’s a movement of bowels.

You’re a liar, you’ve been a liar the moment you came here; nothing but fetid falseness and deception drips from that open puckering sore you call a mouth. I’m not entertaining you any longer, Mark, until you show a hint of human sympathy.

As we say ’round here, fuck you, and fuck your hat.

That comment was from before he was banned, I think.

How’d you figure he’s Mark though ? They seem like two different people to me, but I may have missed something ?

At any rate, I’m still glad for your comment, even if he doesn’t read it.

@Johanna – Prep infected our HS too. Bermuda bags, Fair Isle sweaters, Bean boots, chinos. Pink and green everything. It was inescapable (I may or may not have owned a belt covered in whales).

To me, that sweater says “It’s 1955, and I’m off to the club to play tennis with Muffy and Flopsy. Has my wooden racquet been pressed?” 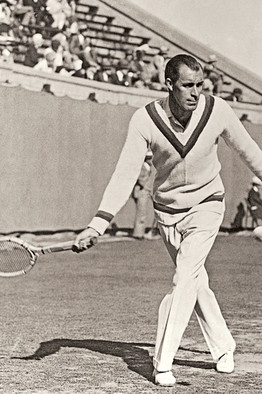 As a whole, that painting looks like J. Peterman posing on the cover of a cheesy romance novel. “A Rogue at St. Grottlesex”.

@John, a hunch, based on what Mark said he’s doing here. He basically said he’s here to prod us in different ways to see how we react, for fun. That plus timing. Wouldn’t be surprised to learn that ATMAT was him, too, to be honest.

I try to be nice when I can, but sweet fancy moses did that piss me off. Sorry for the outburst, all.

Off topic, but here’s an interesting article about how heterosexual couples who have sons tend to be happier because dads put more effort into raising the sons.

Sorry for the outburst, all.

Are you kidding ?
Thank you for the outburst 😀

Now that I think about it, Mick sounded like several different people. The constant opinion rescinding was one thing, but there was also the style of writing. It doesn’t necessarily mean much by itself, but in this case it could’ve been that at times he was deliberately trying to sound different from his Marky persona, but sometimes just forgot – especially on longer posts. Oh and the comment on this thread sounds more like something Marky might say.

Not to mention that Marky has been relatively quiet when the two others were around.

I don’t know about ATMAT though – he sounded like an altogether different kind of asshole.

Sorry, should that have a trigger warning or NSFW?

Why a trigger warning?
And yes to the latter

TBH ATMAT’s posts mostly read like they were copypastas from either a wiki article or an insult generator.

If it came down to having to choose between the crudely photoshopped image and the all too flattering painting, they should really go with the one with Trump’s face superimposed on the body of George Costanza.

I mean, how are you even supposed to recognize Donnie without his trademark smug smirk?

EDIT: No, wait, I take that back, it’s certainly not his trademark. I wouldn’t put it past Don to try to claim royalties from a facial expression….

You could write an entire tome on the class issues in cricket, especially the “gentlemen versus players” thing.

Well, ATMAT and Mick Dash being the same person would certainly explain why each of them seemed to pop in to post relatively short and innocuous things that wouldn’t get them embroiled in much discussion while the other was centre stage. For example, in the Whaa!? Men Going Their Own Way actually consider going their own way thread, Mick Dash showed up quite early on and posted these comments while ATMAT was insisting he could totally survive on seagulls:

MGTOW = not a travel spot

weirwoodtreehugger cool do you have a link

Then, while Mick Dash was arguing about circumcision, ATMAT thanked OoglyBoogles for the poem:

Almost as if each wanted to establish an alibi by looking like they were both here at the same time so couldn’t possibly be the same person (without aiming to get themself in a heated discussion, as two of those would be pretty hard to keep up at once). There are even two instances of them having consecutive posts, with the same timestamp to the precision it’s displayed; obviously if they were both posting at the same time they can’t be the same person, even if the comments were short and copying and pasting is a thing that exists!

Of course they could be separate trolls who each decided to back off and let the other have the floor when the commenters engaged with them (and the consecutive posts could easily be coincidence), but that doesn’t sound very like typical troll behaviour.

(Pretty sure I’ve given this more thought than it deserved…)