Never underestimate the ability of Men’s Rights Activists to get worked up over the most ridiculous nonsense.

I found the meme above on the Men’s Rights Australia Facebook page, accompanied by this explanation:

Women are allowed to wear whatever they like to work, including sleeveless tops, short skirts, and even thongs. Yet if a man were to wear sleeveless tops, shorts, or thongs you can be sure he’d be sent home from work or even fired. In summer men have to suffer in the heat wearing trousers, long sleeve shirts, and tie. Feminists claim they also care about inequalities facing men so why aren’t they fighting against this? -ms

YEAH FEMINISTS WHY AREN’T YOU FIGHTING AGAINST THIS TERRIBLE INJUSTICE, WOMEN NEVER HAVE TO WEAR ANYTHING UNCOMFORTABLE OR AWKWARD AT WORK 0h wait

Note: I should point out that the “thongs” being referenced aren’t the ones that ride up your butt, but rather are the ones you wear on your feet and that are also called flip flops, at least here in the US.

BONUS MEME: This isn’t a Men’s Rights meme, obviously, but it literally made me laugh out loud.

Apparently the best way to fight communism is to do nothing while the oceans rise. I guess the Communists have their secret bases on the Marshall Islands?

A spectre is haunting the bathroom — the spectre of really really scratchy toilet paper.

I don’t even know how I’m able to tell when a man I pass by is going to harass me, but I do.

You’ve explained it anyway. It’s that thing about ‘Intuition – the unconscious processing of subliminal cues’. Like you say, you can recognise things like the body language. Your brain is probably running all the patterns it’s seeing and comparing them to past experiences. If the situation ticks boxes that have previously lead to harassment your brain flashes you a warning.

It’s something to do with your amygdalae. I bet Scilfreja can explain this better.

Gosh, there are numerous systems all running in concert to form our intuition. Alan is right, though, it’s almost certain that the amygdala is involved – it’s connected to most of our sensory neurons, and is sort of the first-responder to information coming in. Fear, anxiety, pleasure, etc – that’s all from the amygdala (and other bits and bobs, it’s very messy. I am not an expert, it’s just parallel to my work so I get to use it as a running example).

Notably it’s mostly about emotional memory – other systems seem to have more of a hand in what you might consider actual sequence-of-event memory recall. That’s more hippocampus stuff, really. Both systems activate various pattern-recognizers in the neocortex, with the emotional memory generally setting the stage for the sort of declarative memory you get to recall.

I’ll avoid dorking out too much – i was about to go all vector-math on the question, but I will spare you. Your ability to identify things unconsciously is a sign of a very capable mind!

Thank you. As always I find your explanations of these things wonderful in both their depth but also their clarity.

(As an aside, does anyone else on seeing the word hippocampus immediately have images of hippos at university spring into their head?)

I think of a Hippocamp! 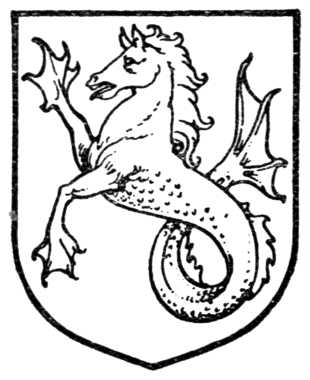 Ah, so that’s where the name comes from. I always learn so much when you’re around.

ETA: although I still like my image of hippos with backpacks saying stuff like “there’s a gig in the student union bar tonight”

I do like the idea of bescarved hippos with venti mochas, though

Thank you! I appreciate that.

I’m gonna do a search for wolverine syndrome and The Moscow Criterion.

> sunnysombrera
Thank you for the explanation and the link ! Interesting article, indeed. And also scary, alas.

I’m extremely surprised to report that there isn’t a thriller titled The Moscow Criterion. It’s one of those phrases that’s just begging to be on the title of a Crichton novel.