Here’s a new one from the incel cesspit known as Incels.co: Women shouldn’t have the right to vote because they can already get whatever they want by using the hypnotic power of their sexy bodies on men.

In a post titled “Females Should NOT Vote,” an incel called COPE GmgH writes

Why should a female that only needs a passable body to succeed in life … care about freedom.

They don’t need to create something to have a good such [??] and for that reason they don’t care about freedom to own private property, freedom of speech.

Think about what kind of policies females push, the only thing they care about is undermining ugly men to eliminate them from the dating market and fuck the chads.

The states have become stronger because females have “been given” more political rights and female nature is submission, just like females don’t really negotiate for higher wages, they also don’t negotiate to have more rights.

Let’s throw some slightly veiled antisemitism into the mix:

And my fellowcels already know which elite wants females to have rights. Strong state is the enemy of mankind.

And there you have it.

As ludicrous as this argument is, it’s not that far off from an argument made by Warren Farrell, the intellectual godfather of the Men’s Rights Movement, who thinks that men are basically rendered powerless (or at least feel powerless) whenever they catch sight of a shapely female ass.

Incels’ terrible ideas about women don’t just appear out of nowhere; they take much of their inspiration from Men’s Rights and “Red Pill” ideology. Incels and MRAs aren’t exactly the same thing, but their ideas largely come from the same garbage dump.

That was a painful and powerful art project. Thank you for bringing it up, it really…I don’t know. It made me feel bad, which is how people should feel about the subject of murdered black people. So bad in a right way?

I don’t have the right words.

The difference between the English c-word as used in Britain and the French one is fascinating. In English, if you say “What a c***”, you pretty much mean “What a jackass”, whereas “Quel c**” would translate more as “What an idiot”. Not quite the same.

Of course, some people manage to combine the two meanings, such as the current PM of the UK. I understand that British dictionaries are in the process of posting his picture next to the slang definition of the c-word. One has to admire the tenacity with which he’s trying to reconcile the two languages, though I hope his Brexit fans don’t find out, I doubt they’d approve.

One has to admire the tenacity with which he’s trying to reconcile the two languages, though I hope his Brexit fans don’t find out, I doubt they’d approve.

The reference to French and English remind me a bit of this scene from Home Alone:

Of course, Boris isn’t the only current world leader who fits both meanings. Trump fits pretty well, as does Jair Bolsonaro (the one who got COVID then the same day said that masks were for f****ts).

O/T: George Soros just donated $220,000,000 to racial justice groups. I imagine we’ll see a massive push of antisemitic conspiracy theories over the next few days from the usual crowd.

Oh, sure, but Alexander de Pfeffel’s the one leading the country where that word is used that way, so… Not sure what the Brazilian equivalent would be.

Mr. Soros, who has at times faced smears and anti-Semitism over his role as a liberal megadonor…

@Rabid Rabbit
I had to look that name up, as I didn’t realize that was his real name. I know he’s leading Britain, I just suggested Trump and Bolsonaro because they also act in a similar idiotic jackass way.

Hold on … what happened to BoJo?

BoJo’s full name is Alexander Boris de Pfeffel Johnson. This is why his friends and family call him “Al.” It’s a sign of just how hollow the BoJo persona is that for all his chummy insistence that people call him “Boris” instead of “Mr. Johnson,” those who are actually close to him call him something else.

I choose to refer to him by the two names that aren’t part of his persona simply because it’s the sort of incredibly petty move that I imagine would really, really get his goat.

> Rabid Rabbit
So he is a “De” ?
Damned, our plan to take control of England by planting one of our nobs at its head had been thwarted…

So the art textbooks that translate L. H. O. O. Q. as “she’s got a hot ass” are *really* toning it down? I already felt it wasn’t quite a literal translation, that it should be something more like “she’s hot in the ass”, but also I was reading “Q” as “queue” instead of “cul” (which I think is the word you’re talking about?) 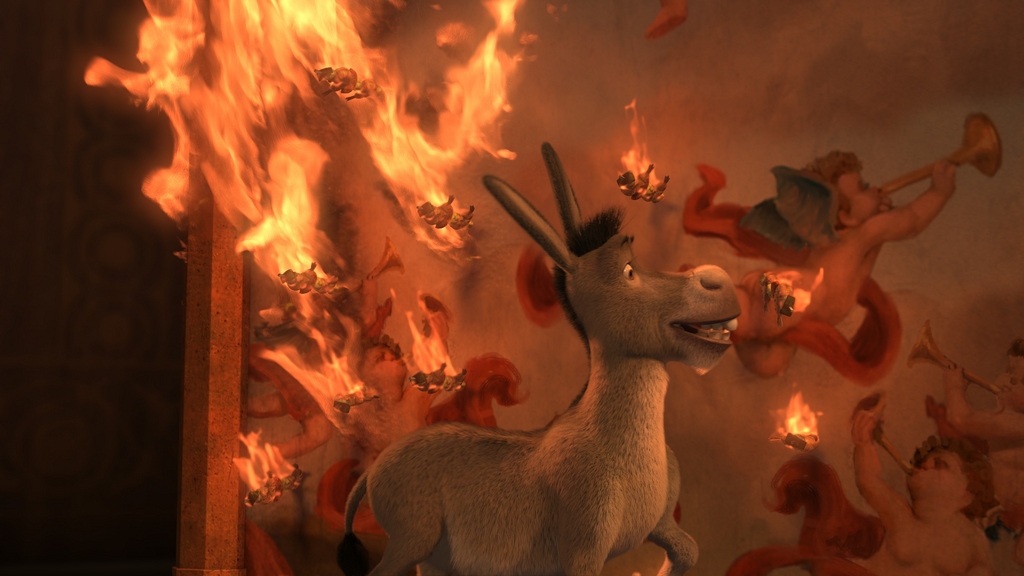 @Moon Custafer, I think it’s more like “she’s gagging for it” (real derogatory shit). But the francophone mammotheers will know better than I!

I think Rabid Rabbit was referring to c*n, the literal equivalent of the English c-word (which, since I started getting exposed more to the influence of USAnian English on line, now reads to me as stronger and even more objectionable than it used to).

L.H.O.O.Q. would indeed more mean either “she’s in trouble” or “she want sex”. However, Q. and queue really don’t sound the same in french. meanwhile, cul do sound exactly the same as Q. (and while vulgar it’s not really a swear word).

“she’s got an hot ass” isn’t quite a good translation, because the french sentence imply something is heating up the ass, not that’s it put other people in heat.

And, yes, Rabid Rabbit was referring to c*n. Another interesting case is how in french I have at least ten or twenty cuss word to say that somebody is stupid, but relatively few words to express that someone is evil or ill-intentioned. Which make most french say that Bojo and Trump are mostly stupid, for lack of a word for them being evil who isn’t directly casting them as the antechrist or similar.

If you had an ounce of concern about things like healthy civil society, functioning democratic institutions, state transparency, etc. you’d realize that even if women have magic mind control rays, they would still not only have the human right to vote but also the need to.

Women are people, of course, so they need to be able to participate in the conversations we have about everything from if we go to war to how we tax ourselves.

But they’re also an identifiable group with biological differences (funny how that fact is irrelevant if and only if it’s inconvenient to them). There are reproductive health policy concerns, and women need to be a part of making it.

This way of thinking always dovetails with fascism. (What a surprise about the anti-Semitism).