Well, the post I was working on for tonight turned into a much bigger post than I expected; I’ll put it up some time later this weekend if I can wrestle it into shape by then. In the meantime, have this OPEN THREAD celebrating the new hero of the moment, Plaid Shirt Guy.

Plaid shirt guy (real name Tyler Linfesty) was randomly picked to be one of those directly behind Donald Trump at his rally in Billings, Montana last night. Not a fan of Trump, Linfesty was caught on camera responding to a number of Trump’s more outlandish assertions with obvious and rather comical disbelief — until Trump’s people ushered him off the stage and into the arms of the Secret Service, who ultimately tossed him from the rally and send him on his way.

Here’s one of Linfesty’s finest moments:

Here he is being given the hook:

In solidarity with Billings #plaidshirtguy who was escorted off the risers after wearing a @DemSocialists sticker for 20 minutes. pic.twitter.com/wNH08GzMU4

Shortly after that, several other rallygoers standing behind Trump were also sent on their way:

When you realize halfway through a Trump rally that the people in the bleachers need to be peppier and blonder. pic.twitter.com/NytEn23a9g

Linfesty’s reactions were a bit reminiscent of Washington Post White House reporter Ashley Parker’s legendary caught-on-camera response to some of Sean Spicer’s baffling pronouncements at one White House briefing. Here you can compare the two:

The Daily Beast tracked Linfesty down after the event to ask him about his experience and his affiliation with the Democratic Socialists of America.

One more little video, this one turning Trump’s weird mispronunciation of the word “anonymous” into something rather glorious.

Good news on my life. I am able to keep my grades high on the first part of the college semester and having a face to face meeting with some chain stores seem to be improving my chances of getting hired.

My lives in disability ass is scrambling. I’m getting help from people but still need rent and food and bill money x______x And hte first week of school has me wiped but I want to write or at least try even though my mental health doesn’t really treat me or my writing well in the last bit. Yeah. Tired Godzilla go sleep now.

My finances are going mad right now, well what you can call that on social security. I have a begging bowl tumblr post going if anyone is interested in the link. THe first week of school also has me wiped out and I want to start writing but my mental health has been kicking my ass. So yeah. STuff. x_x

That being said I love Plaid Shirt Guy. His reactions are gold.

Do my comments keep getting eaten? o.O

@Godzilla Roberts
*hugs* same for me zilla on both the schooling, writing and mammoth eating the comments.

Anyway. I think I forgot to mention before, but I got a new job. It’s only temporary through to the end of the year, but at least it’s something. I start Tuesday.

There is just nothing not to love about Plaid Shirt Guy, is there? Especially the face he pulls when Donnie says “anominous”, or whatever the fuck it was that he said.

I don’t know how anyone close to Trump manages to keep a straight face.

I recently had a harrowing experience with my finances going mad that turned into a hilarious victory. So, the electric utility company where I live has a monopoly and a reputation for gouging people, ruining their credit and turning off their power if they rock the boat too much, which in the Sonoran desert is no joke. I had turned off my autopay because I was set up through a third party, where they source half my electricity through renewable energy credits and then pay the bill, but I noticed on my statement I was getting double charged.

After calling the utility company, reading off my statements and still getting stonewalled, I emailed the green company and told them the utility people were denying that they received the duplicate payments and that if this couldn’t get resolved I would have to get the charges reversed. They said they would reach out since their records showed the payments posted successfully and get back to me. Within the hour I got an email back to the effect of “Great news! Our legal team had a very productive discussion and all the secondary charges have been credited to your account! Let us know if they try to pull any more shit, ok?”

I guess the local utility company banks on the assumption the average person can’t afford to fight them in court, but the national company flexed their muscle on my behalf and said, “That’s our bread and butter you’re messing with there, small fish. Welcome to Thunderdome.” 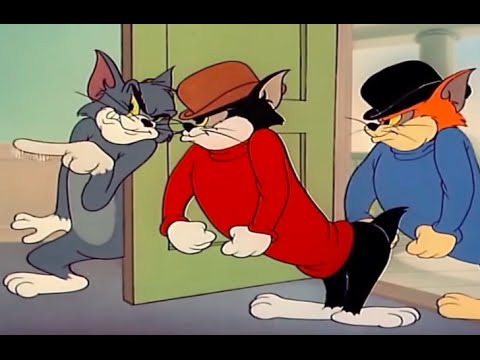 Woot! Finally a victory against the man.

This is an unfortunately common situation. However for Brit Mammotheers, here’s a case I rely on a lot. It’s formed the basis of many a threatening letter to big utility companies, and it usually gets them to see sense.

The whole thing is worth a read, but especially paragraph 53.

Is the Orange Menace still banging on about how bigly he won the election? That’s a little bit* ridiculous.

* Understatement of a lifetime.

We are all Plaid Shirt Guy.

Can I get a tee shirt that says that?

Hang in there, Godzilla

I’ve just finished running nine Hidden History tours for Heritage Open Day – when my city gets to see some of the stuff that’s normally inaccessible.

I tour guide a visit under some buildings which are built on top of older buildings, which are mostly built on the rubble that filled a castle ditch that the Normans dug about 8 metres deep. Plus the road level has been raised pretty continually for the last 400 years or so, so the front door of one of the buildings is now two stories underground and the “attic” is just about pavement level.

Wonderful, Marshmallow Stacey. You can see where Pterry got his Ankh-Morpork building techniques from 🙂

Now, if Trump’s only problem was mispronouncing “anonymous,” I’d be in the same spooneristic boat. I’ve turned “synonym” into “cinnamon” a few times in my life – hey, cinnamon is tastier. 😀

@Citerior Motive – Yeah, really. It’s telling that he still feels a need to defend himself. The Cheeto doth protest too much.

@Godzilla Roberts – Yes, by all means do. I wouldn’t have a lot but I can help if the donation button takes Paypal.

And writing troubles. 🙁 Right now I’m lucky to be Not Broke, but having ADHD and trying to write a novel is hard. Still, good news: I ended up having a good chat with my creative writing teacher a couple weeks ago – it stemmed from me forgetting my laptop at her place – and she encouraged me to write an outline. Turns out I can’t write the whole outline ahead of time, but I can write part of one, which is enough to keep me kinda focused on what scenes to do.

That’s my comedy/coming-of-age/evil-narrator project. I’ve also got a sci-fi one, which perversely is easier to write since I’m not as serious about it.

>>Question: does anyone know of some coming-of-age novels with main characters who are bi/pan? (Genre can be anything, YA or general, characters F/M/NB etc.) The only thing I can think of is Brian Hall’s Saskiad and I want more bases for comparison. I’d be very grateful.

@Marshmallow Is this Edinburgh?

@Sheila if the Normans were responsible for anything, it must be further south (I don’t think they ever got to Scotland) … but no idea where! (I have zero geography and less history or possibly the other way round)

if the Normans were responsible for anything, it must be further south (I don’t think they ever got to Scotland)

Whereas the Romans got all the way to San Francisco (at least per Eddie Izzard in Dressed to Kill‘s opening monologue) where “they built buildings with… things.”

I really wish that whenever Sarah Sanders goes on about anti-Trumpers trying the “thwart the will of the people” someone in the press corps would have the guts to point out that by about three million votes, the will of the people was that Trump not be president. (I noticed that when complaining about the op-ed the other day she was careful to mention the number of electoral college votes rather than actual votes.)

Also, this isn’t a surprise, but I appreciate the fact that someone did the research. https://www.theguardian.com/us-news/2018/sep/08/sheriffs-donald-trump-media-scrutiny

I just wracked my brains and came up blank, sorry. I was sure I remembered one, but then I realized I was thinking of an unpublished novel by a friend and I’m not sure it counts as coming-of-age anyway. But good luck with the writing. I know how much it sucks to not quite manage to get it done.

Pantomime by Laura Lam and the rest of the Micah Grey series features an intersex bi/pan protagonist. It’s a fantasy steampunky sort of world.

Apparently the internet is up in arms against a leaked casting call for the Netflix series about The Witcher. They want a non-white girl. The horror!

RE: These rallies in general. It’s my belief that the people organizing the rally are always careful to have at least one African-American up on the stage, for the cameras. Two is better.☺

@Citerior Motive: Yes, he is. Yes, it’s ridiculous. It reminds me of a certain relative of mine, now deceased, who bragged, over and over again, how he appeared on College Bowl in the early 1960s.

You can find a lot of cities, especially in the Old World, built on earlier incarnations of themselves, sometimes still employing bits of ancient infrastructure. I believe the Cloaca Maxima (I may have the name wrong) is still draining sewage out of Rome and is about 2500 years old.

@Rabid Rabbit: Similar ‘will of the people’ nonsense happens over this side of the Atlantic wrt Brexit. Turnout was 72%, so only 37% of the eligible population actually voted Leave—hardly a resounding victory.

Was that the university quiz show? I’ve only heard of it because apparently John Bellairs, (author of The House With a Clock In Its Walls) was on it as a student and broke the scoreboard with his knowledge of Chaucer (Bellairs, by the sound of it, was himself a Bellairs character.)