Today we once again celebrate Memeday — albeit a day late because Roosh — with some Men’s Rights memes that, well, apparently made sense to whoever made them. They don’t make much sense to me.

MRAs are obsessed with the notion that women are constantly conspiring to murder their husbands in sneaky ways that don’t show up in the crime stats — by poisoning, by hiring hitmen, and so forth. Presumably in this meme, found on AVFM’s Facebook page, the diabolical female in the picture is trying to drive her husband to suicide.

There’s something weirdly familiar about her eyes. Hmmm.

This message of the meme below isn’t especially confusing; it’s a perennial MGTOW fantasy.

What I don’t quite understand is what exactly they’re going their own way in.

I mean, it looks like they’re riding in an old-timey convertible. BUT THERE IS NO CONVERTIBLE. Are they flying off in a little spaceship? If so, what’s happened to the legs of the guys in the front seat? I mean, there’s clearly not room for them. Why is there a tree branch floating in the air beside them? Where are their spacesuits? SO MANY QUESTIONS.

This next one also raises a lot of questions.

What I don’t get is the picture, depicting Robin Williams in drag in a scene from Mrs. Doubtfire. At first I thought Mrs. Doubtfire was supposed to represent a rad fem. Then I realized it was probably supposed to be a reference to Williams’ suicide, which MRAs and MGTOWs have blamed on the high cost of the alimony he was paying to his ex-wives. While no one actually knows why Williams killed himself, the comedian struggled for decades with depression and substance abuse and had recently diagnosed with Diffuse Lewy body dementia (or Lewy body disease), a degenerative disorder similar to Parkinson’s known for causing wild hallucinations and that family members apparently think might have triggered the suicide.

In other words, whatever caused Williams’ suicide, it wasn’t radical feminism or “moderate feminism,” whatever that is.

MRAs are a good deal less sympathetic towards Marilyn Monroe, who died of a drug overdose that the coroner ruled a “probable suicide.”

Like Williams, Monroe was a talented comedic actor with a troubled life. But apparently some people are so angry about that “if you can’t handle me at my worst, then you don’t deserve me at my best” quote that’s regularly attributed to Monroe that all they can do is to howl “whore” in protest. Pretty pathetic.

This next one is a somewhat perplexing variation on the old “feminists are ugly hambeasts” trope.

Now, I don’t know either of the shows that these characters are coming from. All I see is someone with a crudely drawn, er, you know, as a head being transformed into a badass punk warthog, which, I dunno. seems like an upgrade to me,

About the only good thing you can say about the following diagram is that it’s not as bewilderingly complicated as most antifeminist diagrams are. It’s just bewildering.

I don’t know much about PTSD, but I’m pretty sure it isn’t caused by women sitting on whoopie cushions with rape whistles attached to their nozzles.

And then, from somewhere where GamerGaters congragate, comes this meme.

I will leave you with this. It may come in handy the next time you take a look at MRA memes.

I believe the GamerGater reasoning goes like: Anita Sarkeesian is strongly influenced by bell hooks (which is true), bell hooks is often considered a “postmodern” feminist because she focuses on women’s experiences and cultural studies rather than traditional empirical social science research (which makes sense because her PhD is in literature and not sociology or psychology), ergo Anita is a postmodern feminist cyberpunk badass.

I never realized that something as cute as a capybara could exist.

To be fair, I have heard similar arguments before:

That’s it in a nutshell, really! Someone taking time out of their busy schedule to let “teh Internetz” know they’re above all these unimportant topics everyone is wasting time discussing.

I always find it amusing when someone on the internet tells everyone else to get off the internet.

(your question a few posts back)

Now, as you say, he can help you to win on the horses. From his grubby basement.

lkeke35
I do to, that whole story line was kind of great

I think the golden mean fallacy trolls might be my least favorite kind of troll. They’re actually worse than sealions and worse than the what about the menzers.

Personally, it’s the snipe trolls and boner trolls that really piss me off.

Really? Because I’d think that an “outside observer” would notice the gigantic tagline that pops up on the page right under the header: “The New Misogyny. Tracked and Mocked.”, and had they looked at any MGTOW forum or internet gathering place, they would have discovered their blatant dislike of women and their claims of how awful we are.

Sounds to me like someone failed Critical Thinking and Research 101.

You must be new.

Just because we can all agree that misogynists are gross people, doesn’t mean we agree on everything, and even sometimes we disagree about misogynists.

Cry me a river with your self-imagined moral superiority, Rando. Because no one here cares what you think. Shocking, I know.

Though I am seriously wondering what the fuck you hoped to accomplish with that screed. Did you really expect us to just drop to our knees and renounce feminism or something because you graced us with your presence and told us we were being silly?

One, I’m at home. That’s where I usually access the internet from. 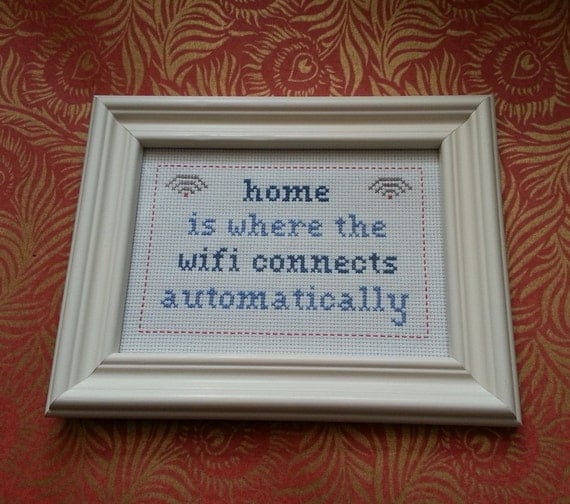 And three, I also live with my family because the economy sucks and the internet is one of the few places I can get some alone time away from them because I have to put up with them the rest of the time, and they can be pretty racist and bigoted themselves.

So, short answer: no.

Long answer: Fuck no. And fuck off.

About the memes, the before/after seems to be almost always from some kind of “normal” state to “badass” state.
As i can not see all the pictures (some hosts are forbidden at work), i hope it has not been already presented, but i think those people think the reverse because, you know, it is all about them :
– so for the before picture, just imagine a picture of a boner (of a white cis male, obviously)
– and for the after, imagine a picture of a flacid manhood (ditto)

[both sides are as bad]

On which MGTOW site(s) did you take the time to post this same message? I’d like to compare their response with what happened here.

This probably has been posted elsewhere, but speaking of gamergate; looks like Zoe Quinn has been bullied into dropping her lawsuit. Mass courts not protecting an abuse victim? What surprise!

Re: whoever posted a pic of the kyuubi from Naruto;

Is it just me or is Naruto a perfect documentation of the angry, sexist geek culture that has popped up over the last 10 years or so? I started out loving Naruto because it had strong, but ultimately flawed women like Sakura, but at the end all the women evolved into being reflections for the men. Even the last big bad, who was a woman, was just this weak thing controlled by her son. Useless.

Translation: “I’m a MGTOW, and I resemble my own remarks. I’m a reactionary bigot who loves to spout ‘both sides’ fallacies because I think I’m so clever, haha.”

Without even having read the comments section cursorily to see if, in fact, this place IS a hive mind. Which it’s not. Oh hell, some of us have even picked fights amongst ourselves, not that the oh-so-observant “Whatever” (how original!) would ever have taken time to notice.

Take your own suggestion, you boring-ass troll. If you have a family to reconnect with, that is. As for me, I’m typing this surrounded by my family, whom I’ve never disconnected FROM. Contrary to your bigoted and reactionary view of feminists, we’re not anti-family.