At least 14 people have been killed in a mass shooting at a center for people with developmental disabilities in San Bernardino, involving multiple shooters in combat gear and using assault weapons. Police say that two suspects have been killed, one man, one woman; a third suspect has been detained. As I write this it’s not clear who the attackers were, what motivated them.

Please post any relevant information you find in the comments below.

Okay, thanks. I haven’t been following the threads very closely so didn’t realize there was a history.

No problem Auntie Alias, it’s good to see you around 🙂

Thanks, Argenti and I always enjoy seeing you, too. 🙂

This is awful. My best wishes to everyone close to the event, especially your friend’s friend, Miss A.

@PI, wwth: the Switzerland argument that they bring up is a really bad comparison, imo. There aren’t many mass shootings, but guns do play a prominent role in domestic violence. Amnesty argues that because there are no laws to take guns away from people arrested for domestic violence, the number of gun-related deaths in connection to dv is unusually high.
Suicides ndertaken with guns is also much higher than elsewhere. The UN has repeatedly asked Switzerland to step up its gun control.

My thoughts are with everyone affected. 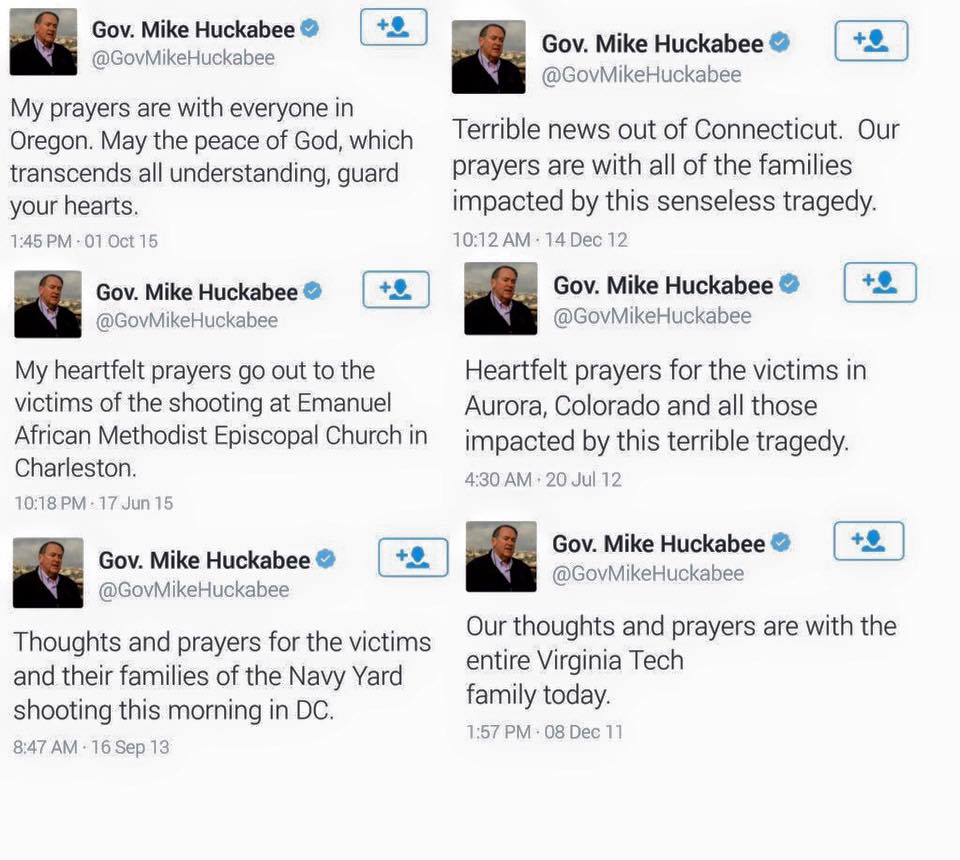 Condoleances for the families, and support for the wounded.

It’s also covered in France.
According to the article, the two shooters, Syed Farook (man), 28 ans, and Tashfeen Malik (woman), 27ans, have been gun down by the police.
As the man called Farook had formerly worked in the center for five years, police does not exclude some kind of vengeance motive.
Also, police seems to exclude the presence of a third shooter.

I’m so tired of shootings. It’s like this constant static or background noise. I’m past shock or surprise.

More info about the shooters:
http://www.dailymail.co.uk/news/article-3343309/At-TWENTY-people-gunned-California-mass-shooting-police-search-three-suspects.html

My thoughts exactly. What in the world is going on? I feel like there have been more shootings this year than in the past decade (excluding this year).

Farook, 28, who had worked for the county for five years, “did leave the party early under circumstances described as ‘angry,'” San Bernardino police Chief Jarrod Burguan said at a news conference late Wednesday night.

Burguan said law enforcement officials are “reasonably confident” that Farook and 27-year-old Tashfeen Malik, who was his wife or fiancee, were the two suspects in the mass shooting that occurred during the party.

Family members told the Los Angeles Times that the couple had been married for two years.

Co-workers told The Times that they were shocked to hear Farook’s name linked to the shooting. Two employees who were in the bathroom when the bullets began to fly said he was quiet and polite, with no obvious grudges.

They said Farook had recently traveled to Saudi Arabia and returned with a woman he’d met online. The couple had a baby and appeared to be “living the American dream,” said Patrick Baccari, a fellow inspector who shared a cubicle with Farook.

Baccari and Christian Nwadike said Farook, who had worked with them for about three years, rarely started a conversation. But he was well-liked.

They and other colleagues said Farook was a devout Muslim who rarely discussed religion at work.

This is very sad.

Shooting something for disabled people ? Did they eat kittens on camera to affirm their cartoon villain credentials ?

Also, yet another terrorist attack unrelated to Daesh. So I guess a lot of people will find way to say it’s tote not terrorism.

‘Never. Not until a close family member of an important Congresscritter or someone high up in the NRA gets hit in the crossfire of one of these shootings.’

Maybe it has to be a Republican before anyone gets interested.

In news I really hope isn’t related, Black Friday had more gun sales than any previous day on record.

Also, the shooting suspects are Muslim; no current information on any ISIS connection. American citizen and foreign-born wife met in Saudi Arabia with unknown national origin, not refugees of any sort.

Guns used in the shooting were purchased legally.

The police have yet to announce who purchased the guns legally; apparently it’s not either of the identified suspects but aren’t believed to have been stolen.

There is a good thread on metafilter about this and gun violence in general. Tons of links to studies linking violent crime to gun availability etc.

I just found out about this incident 10 minutes ago. Doesn’t seem like one of the usual US shootings, does it? I don’t understand this one.

@dhag
Indeed, it does seem even more bizarre than usual: It involves two — and maybe three — people. And apparently the husband worked with the people he shot. And he was a government health inspector. I don’t know about you, but when I think of health inspectors, “mass murderer” isn’t what comes to mind.

I chalk it up to misguided US foreign policy in the Middle East. But that’s just my guess.

There is a poor understanding of the process of radicalization that leads up to some of these assaults. In some cases, it occurs right under the noses of family and friends, in people who seem to be living successful lives in America. Lots of people get offended at an office party, not so many people are prepared to respond the way things went down this time. Nothing is adding up here.

The shooters left their baby with her grandmother.

The husband enjoyed target shooting in his backyard.

In my state, so somebody’s a lone weirdo. A recluse. Owns lots of guns. Is angry at the government, social issues, taxes, morality, politics … I just described a large percentage of the population in my state and many others. A while back, the police were looking for a suspect vehicle in some highway shootings. They described a pickup with a splotchy white paint job. That’s the vehicle of choice for almost all the guys in the two affected counties.

David, I just want to thank you for always giving us space to discuss these horrors. It’s appreciated.

Coincidentally just before this story broke I was watching a parliamentary select committee meeting. They were taking evidence about the police’s new policy for dealing with mass shootings here. One figure that amazed me was that in the last 12 months in England there had been 14,800 incidents where armed police had had to attend (one third of those in London). The police actually fired shots in two of those incidents. I’m not sure what inferences if any we can draw from that, it was just such a mind boggling piece of info.

A Republican president and his bodyguard were shot, weren’t they? In my lifetime, I mean: 1981. (Overall, four sitting presidents have been shot to death and two injured).

And although the brave guy who stopped bullets for President Reagan became a great advocate for gun control, it doesn’t seem to have worked.

So, nope, not even that.

Miss A, I am so sorry about your friend and their friend. Best wishes for their recovery.

I don’t have anything to offer other than my condolences, but I appreciate David your giving us the space to discuss these things.

Some personal stuff and a bit of philosophizing: I can’t help feeling a certain level of cognitive dissonance and injustice. This morning I farewelled a dear friend, a witty, wise, and gentle soul who brought joy to everyone whose life he touched. He died of mesothelioma on November 30th, 9 bare months after his first symptoms and diagnosis. I still can’t quite accept his passing. What’s more difficult is knowing he didn’t have to die that way – the company that made asbestos cement sheeting in Australia knew it killed people and suppressed that information, rather like the cigarette makers with lung cancer.

Innocent lives are taken every day by self-centered and self-absorbed people who have an outrageously large sense of entitlement. Whether it’s corporate greed or personal cause, it boils down to the same thing, really – the concept that other people are just things that sometimes are in the way and at all times are expendable.

It’s been a difficult day for many. I’m atheist and the service today was in a Catholic Church, so I felt a bit out of water (and I can quite honestly say it didn’t bring me much real comfort), but one part of the mass stood out – where the congregation offers peace to each other. That moment felt genuine and made me feel I wasn’t alone in my struggle. So If you will permit, I say to you all, may peace be with you.