So over on the Men’s Rights subreddit, the regulars are debating a perennial question: Why Is Dating So Hard For Men In The Modern World?

Only a handful of commenters take issue with the premise of the question — that dating is especially hard for (straight) men these days. But most of the commenters have no problem with this notion and are happy to provide their own considered explanations, most of which come down on the “women are too picky” side of the question.

Here’s a sampling of some of their explanations.

I leave it up to you to decide just what it is that makes dating so difficult for these particular guys. (I have my own theory, which I will share with you at the end of this post.)

Nayko214 argues that men have trouble dating women because women are unjustifiably afraid of being raped:

Because women have all the power, refuse to give it up, and then cry sexism when you point this out, constantly falling back on the ‘but but but we could get raped!” even though the vast majority of men don’t and never will rape a woman. Its brutally unfair and when men point this out we’re told ‘life isn’t fair, now excuse us as we promote something to make things more fair to women because that’s IMPORTANT damn it!”

Lice138 thinks it’s because women demand that men be tall doctors with beards and dad bods (?). And also because women are stupid.

Because you must be 6 feet tall, dad bod or rent a boy body (whatever is fashionable right now) , a beard, make 100k as a Rocket Scientist doctor and a feminist with political ideas that match mine even though I do not know enough about politics to hold the opinions I have.

I don;t know, Lice138, maybe the real problem is all those lice. (Also, just FYI. the typical doctor in the US makes twice that.)

Let’s break this down in simple terms. Women like to shop, women are attracted always to new and flashy things and some women see dating choices as infinite when they first start out after the end of a relationship.

Based on that generalization, many women I have spoken to offer a limited amount of effort early on because they are spoiled for choice. … Because they like new and flashy, the flashy dudes rise to the top. Women looking for an ego boost will be attracted to flashy guy and then end up disappointed when flashy guy bangs them and runs away. Then we gwt the whole “men are trash” phenomenon when in reality women make bad choices based on superficial crap, get burned for it and then lack accountability, shift the blame to a faceless “men” and repeat their mistakes.

Coucoupietre blames men for paying attention to women in the first place, thus turning the ladies into egomaniacs.

We are the man screwing our mankind. Dating applications and Instagram give the woman so much self confidence. Think you are getting 50 friend requests everyday from different women. Then you would not give any value to other women you see on street or work. These stupid cocksuckers even not getting any reply from women, still insist following these bitches and even make them earning huge money from followers.

These bunch of idiots are dropping the value of the man to zero. Waste of space.

Coucoupietre isn’t the only commenter to blame dating apps for inflating the egos of women, causing them to raise their standards higher than they really should because they’re not all that.

Meanwhile, our old friend fiend DavidByron2 wins the Godwin Award for this rather gratuitous Nazi reference:

Feminism is a hate movement that’s being actively promoted by the government. It’s like asking was it hard for Jews to date non-Jews in Nazi Germany.

I don’t know about you all, but I’m pretty sure the current dating marketplace is not very much “like asking was it hard for Jews to date non-Jews in Nazi Germany.”

I would suggest, rather, that insofar as Men’s Rights Redditors are having trouble with women it’s because they are pissy manbabies who hate women.

Then we gwt the whole “men are trash” phenomenon when in reality women make bad choices based on superficial crap, get burned for it and then lack accountability, shift the blame to a faceless “men” and repeat their mistakes.

Seems a whole lot like projection!! Shifting the blame to faceless women and so on.

@Surplus – On the news I saw lines in downtown T.O. where people were waiting an hour and a half after the polls actually closed. (At least they were allowed to vote.) That area could have more voting stations, given how many people it has.

All in all, the election seemed like a pretty pointless exercise. Trudeau just ended up where he started. I don’t think it was a great idea, calling the election in the middle of the pandemic, but I trust the Conservatives less, so…*shrug*.

Yeah, I suppose that has to be right. I’ll chalk it down to the ‘systemic’ thing.

This reminds me of a time we went to some lecture at the Old Bailey. At the end there were loads of half empty bottles of wine left. We mentioned to the staff that they could now have a nice party. But they said they weren’t allowed to take the wine home themselves, they’d have to pour it down the sink; so we stayed behind to finish them all off on principle. I guess this is analogous.

And of course we now have our own Cornish strain of Covid. They’re calling it the ‘festival’ variant*; which is pretty jaunty.

I’m still very much with the WHO on the general principle though. 2.2 million people per year die from zoonotics anyway. But that never seemed to be an issue until people in rich countries started being at risk.

(*See if you can guess which weekend Boardmasters was) 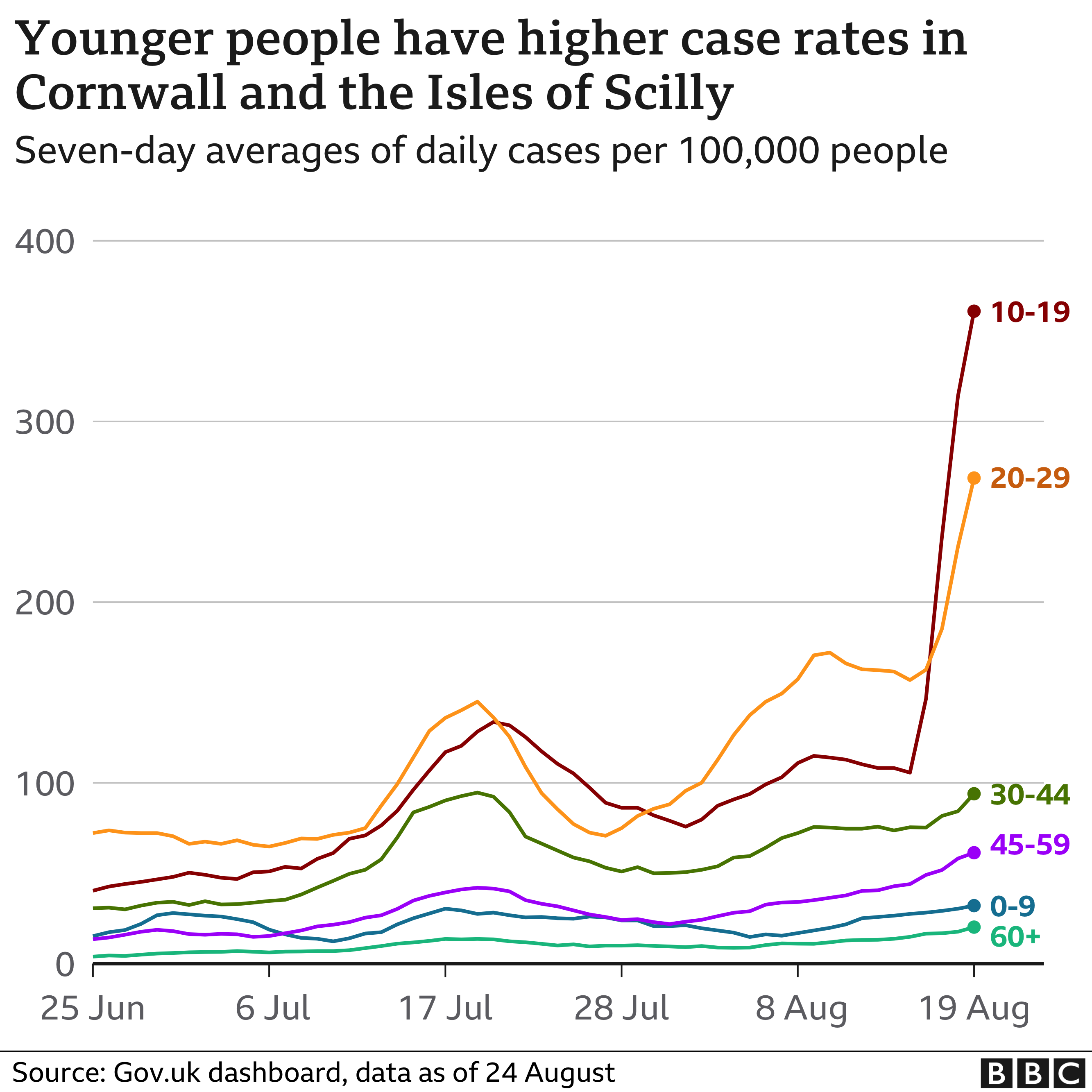 I am pretty sure dating is “hard” for anyone who cares to engage in it. Just because making your feelings known to someone without knowing if they reciprocate those feelings is very scary. But these guys insist on being the center of everything, so, of course, it is especially hard for them. [eyeroll]

It occurs to me that I’ve mostly heard about the desirability of “dad bods” from, well, dads, rather than from women.

They think women have all the power in online dating, yet these guys are constantly making huge laundry lists of who has “value” in the dating marketplace (no single moms, no pink hair, no one over 25, no past partners, no BMI over a certain value, etc etc, we’ve all heard it 1000 times before) that eliminate about 95% of women from the pool. They’ve already done a lot of weeding out and rejecting even before they get to the stage of initiating contact, but it doesn’t feel like rejection to them because they’re the ones in control of it. I would bet all of them are stampeding the same limited set of women’s profiles and getting angry that they’re just one in a crowd.

A certain percentage of those profiles are fake, too.

No, some women (myself included) definitely go for it*; though as with any other physical type, personality makes the big difference.

*(Half my Tumblr feed is currently thirsting for Alfred Molina)

I love how by isolating in my house and sitting at my dining table eating soup instead of giving men a chance, I can actively victimize them with almost no effort on my part. By depriving their fundamental reproductive right to date me it’s sort of genocide, and therefore basically the holocaust if you really think about it.

the dad bod is the opposite of desirable. he might have tried to meant to write “fit body” instead of dad body, but fumbled it up while writing it. brainfarts happen. then he just didn’t notice it. we are sometimes quite certain we did something we just didn’t.
that is why there are double confirmations on critical things procedures, just to be sure, you actually did it.

like @Moggie
says, the dad bod is only used as a derisive adjective by women.

@Buttercup Q. Skullpants
well, all singles on any dating platform stay single, when they use a laundry list of things they want. including 40+-year-old single women who “want children one day”, there is a whole army of them on every dating platform. they will, of course, remain so.
single, i mean.

it is like modern employers use robots to handle CV:s, but now they’ve found out, nobody passes them and they don’t have employees, now. simple law of demand and supply is reintroduced in everyone’s private and professional lives, every day, in “surprising” ways.