So I’ve been a teensy weensy bit obsessed with the Semen Retention subreddit for months now — though, emulating the disciplined approach to life that subreddit advocates, I have tried my best not to post about it more than once a month or so. But some days I can’t help but relapse. Today is one of those days.

What fascinates ma about this particular subreddit — a harder-core brother to the NoFap subreddit that has basically taken General Jack D. Ripper’s soliloquy about “precious bodily fluids” from Dr. Strangelove and turned it into a way of life — isn’t just the quasi-magical powers many of these guys think they’ll gain if they can keep their hands off their wangs, but also the strong undercurrent of misogyny that runs through so many of the discussions.

Sometimes this undercurrent erupts in a geyser. Take, for example, the rant titled “Men are waking up.” posted to the subreddit several momths back by someone calling himself, quite aptly, Invisible_Weirdo. Despite living up to Mr. Weirdo’s handle, the post still managed to get 75 upvotes in the relatively small subreddit.

“Do you know how many men are dropping out of school more than women,” Mr. Weirdo begins.

Women are academically becoming much more successful in all fields than men once given the chance. Boys are more likely to be diagnosed with ADHD and learning disabilities compared to girls. Does that mean women are superior to men? They are according to an author who uses the nickname Elise Sutton.
Of course, I didn’t believe her.

Oh, dear, this again. This talking point has been borrowed from another Semen Retention post that I wrote about several months ago — or perhaps borrowed directly from where that poster (a raving anti-Semite) got it from. 4Chan? Stormfront? The Daily Stormer? Either that or Mr. Weirdo is the same dude who posted the original claim using another name. Or they’re both part of some weird Nazi recruitment effort aimed at men who don’t jerk it.

Or have you ever considered most famous geniuses who practiced celibacy like Nicola Tesla or Sir Isaac Newton.

Or maybe they were just extremely introverted, or asexual or, I dunno, gay? Isaac Newton, an angry and insecure man (and then some) was a great scientist, but not exactly the poster child for a personal life well-lived.

What is the common point of all this information? Men who ejaculate daily and spill their vital fluid on a regular basis are inferior to women yet those who practice semen retention demonstrate better mental performance, which means they are superior to both weak men and women.

I’m old enough to remember when this scene was a joke, not the basis of an entire weird movement. But back to men and their BRAIIIIIINS!1!

They reach what now?

Doesn’t that prove that men are inherently superior.

Those ancient philosophers were right. Men have larger brains.

Back to Mr. Weirdo:

The only way for women to win is corrupt male psychology.

Honestly, my research into the poisoned brains of manosphere men over the past eight years has convinced me that men are pretty good at corrupting their own psychology all by themselves.

Do you see the conspiracy?

Warning, it’s about to get ugly. Will “The Jews” make an appearance as a convenient scapegoat? Why yes, they will.

Hey look over there, it’s THE JEWS!

But of course Mr. Weirdo insists that his scapegoating of Jews has nothing in common with Mr. Hitler’s.

I am not an Anti-Semitic but can you see the indirect love triangle? You will worship females and they will worship Israel men.

That does not necessarily need to be related to Jews in general; however, it could lead to serious damage and long term power imbalances.

Is … is he suggesting the US and Israel have a Semen-Retention Gap?

I am not a misogynist, either.

Nevertheless, the toxic Femnazi communities might be used as a good intermediate pawns against other nations’s males.

The main manipulator does not have to be Israel. It might be anybody of any country. Nonetheless, there is still hope because more young men are waking up thanks to the internet.

Nofap was a great mainstream movement even if the more correct path is semen retention. Men are waking up. It might sound a little speculative but if all men wake up, the old power balance will be balanced again.

Because with all that backed-up semen the men will weigh more?

Women are gonna stay below men if a miracle doesn’t happen. So don’t keep semen retention as a secret. Try to spread it everywhere. And don’t become a toxic Nazi, either. Toxic masculinity is also as dangerous. Just beware of your power. And finally, embrace your superiority!

I think I’ve stumbled upon the tentative beginnings of a semen supremacy movement.

To which all I can say is “ewwwww.”

It always comes down to the Jews because the lack of fact-checking in conspiracy circles means they have no way to weed out anti-semitism when it creeps in. Anti-semites quickly gain traction because they’re very passionate and willing to spend a lot of effort gaining social capital for their beliefs.

@weirwoodtreehugger – chief manatee:
See also how people can be accused of being fascists and communists in the same sentence. Both those words are bad, and you’re bad, so you’re both of them. Meanings? No, words only have emotional overtones! You’re a meaning!

@Buttercup Q. Skullpants:
Such as pornographic graffiti found preserved in the ruins of Pompeii. Yeah, people have been doing the equivalent of ‘for a good time call …’ for millennia.

OT:
Saw someone walking around earlier today dressed in black and with a T-shirt that read ‘Make America Goth Again’. 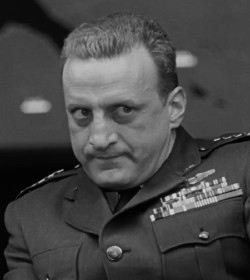 David I'm disappointed in you

“Try to spread it everywhere.”

The joke was staring you in the face, dude.

Semen retention dudes try not to orgasm AT ALL to gain superpowers by filling up with LIQUID GOLD. They basically saw General Ripper in Dr. Strangelove and instead of laughing went “this guy is a genius!”

– Conspiracy theorists always seem to be anti-Semitic. It doesn’t matter if they’re ranting about women, the Jesuits, “Big Pharma”, space lizards, or whatever else – it always seems to come back to anti-Semitism.
– Someone who rants about semen on the internet should probably avoid using the phrase, “spread it everywhere”.

Long time lurker, first time commenter here. As a Jew who has been carefully studying the link between antisemitism and conspiracy theories, I feel like the reason most conspiracy theories are antisemitic is historical. Throughout history, Jews have been viewed as ‘other’ due to perceived religious and cultural differences, and were commonly scapegoated (cf. Jewish deicide myths, blood libel, well poisoning accusations). It’s simply a continuation of that same line of scapegoating that most conspiracy theorists today make their theories lead back to antisemitism.

OT- how do I change my avatar icon?

“I can also attest that Israeli men AND women are absurdly gorgeous, and probably worthy of worship.”

Well, you don’t set up prohibitions against things that people would never be tempted to do. (“It is absolutely forbidden to eat an extra portion of wilty old salad in place of dessert!! Thou shalt not!!”) Historically in desert regions monotheism has been popular and representations of the human form have been frowned upon. (This tendency comes through most strongly in Islam, which is uneasy with any representation of the natural world at all.) So, maybe…you’re right.

Oh shit, they’re on to us. BRB, grabbing my tent peg and semen vacuum, I’d better neutralize this threat.

@Lainy: you sound like you’re having the same kind of day I am!

I had a rough day and since I didn’t have work or class, I got myself a nice big brownie. And because I’m not that much of wild person I like to eat half of it then trip out while watching planet earth. Learned some shit about octopi and cuddle fish. Nature is fuckin crazy.

@Lainy
My Gravatar settings had somehow changed to show the Gravatar that I no longer use. I’ve stopped wearing a flat cap, much as I like it, because a local nazi-adjacent shithead far-right pol has sort of made it part of his brand. A former colleague, who also used to favour the flat cap, and I tried to start a Bowlers Against Bigotry movement but we didn’t really get a lot of traction with it so it’s just the two of us thus far …

Oh, and I didn’t include the far-right motherfucker’s name because he’s already stalking me and I’m pretty certain he’s got nothing better to do than vanity search for himself.

Well that makes a lot more sense now. I thought I was just tripping balls.

And, as another user pointed out, there are a lot of really, really, ridiculously good looking people in Israel. It would not take a vast conspiracy theory to drive some people to worship, if you’re into that sort of thing.

“When God chooses a people, He pulls out all the hotness stops.”