Incels, as a subculture, have only been around for a relatively short time, historically speaking. But their weird brand of melodramatic sexual entitlement is nearly as ancient as civilization itself. Indeed, incel bullshit has been a thing for so long that it was even addressed in the Talmud.

And the Sages, let’s just say they weren’t having any of it.

And if the internet had been around back then, the Sages might have added that you’re not entitled to pester her for foot pics on Twitter.

Now, if you read a bit further in the Talmud — here’s a link to the passage in context — you’ll discover there are differences in interpretations as to what this story actually means, which is kind of the whole point of the Talmud in the first place.

I’m obviously no Talmudic scholar — I’m not even Jewish — but it seems to me that at least one of the lessons of the story is that no man is entitled to sex with a woman just because he claims he’ll suffer in some extravagant manner if he doesn’t get it — which is to say, if some woman is somehow convinced or compelled to have sex with him. (Obviously that’s also true no matter what the genders involved are, but just as obviously the Talmud does not go into that.)

In any case, this is a lesson to keep in mind whenever incels or others start insisting they have a right to sex. Or when incel-sympathetic pundits and (supposed) intellectuals start whining about “sexual inequality” or, like Jordan Peterson, suggest that the only way to protect society from male rage is to institute some system of “enforced monogamy” to ensure that even the angriest of the incels can get laid.

In researching this passage from the Talmud, I ran across some people using it to make this exact argument to incels today. A little less than a year ago, one incel Redditor — a regular commenter in the Braincels subreddit — went to the AskFeminist subreddit to complain about what he saw as women’s unfair advantage in the so-called sexual marketplace of the dating world.

“It is obvious that women are the ‘selective’ gender,” he wrote.

They have a lot more success in all online dating : casual and serious. They generally have a much easier time getting laid or finding a partner. This can and does create resentment in some men, especially those struggling in dating … .

The regulars in the AskFeminists subreddit, naturally, challenged pretty much every claim in his post, and then some.

Virtually all the commenters taking apart the incel complainer made good points. But in many ways the most interesting comment came from a woman calling herself Ouruborealis, who worked the story from the Talmud into a long comment that dealt with, among other things, the same sort of entitlement that the Sages so magnificently dismissed.

“No one is entitled to the time or body of another,” she wrote.

No one. … if you get rejected or ignored, move on … Getting bitter and shitty and lashing out and whining about how women are too picky is not a good look– it will not help you get laid.

Feeling entitled to a date or to sex with someone else just because you’re attracted is ugly, by itself … and I just don’t understand how MRA’s, PUA’s, and incels don’t get that. …

[T]hey can’t get a date because women can tell they have this attitude towards them and it’s not fun or appealing to deal with.

No, incels, your lack of a sex life isn’t going to kill you. But acting as if it will, or convincing yourself that your allegedly “involuntary” celibacy is a crime against humanity so uniquely cruel that it justifies violence, either towards others or towards yourself, well, that attitude is going to kill your sex life forever — or at least until you can work through your issues enough that women can’t smell your bitterness a block away.

@Moggie
That’s true, though I got the impression that European scarf-wearing had more to do with protecting one’s hair from the wind than modesty reasons in the 60’s, and unlike the eras before, it was acceptable for women to go bare-headed too if they wanted.

I know I’ve used this image before, but the headscarves didn’t necessarily go out with the 60s: 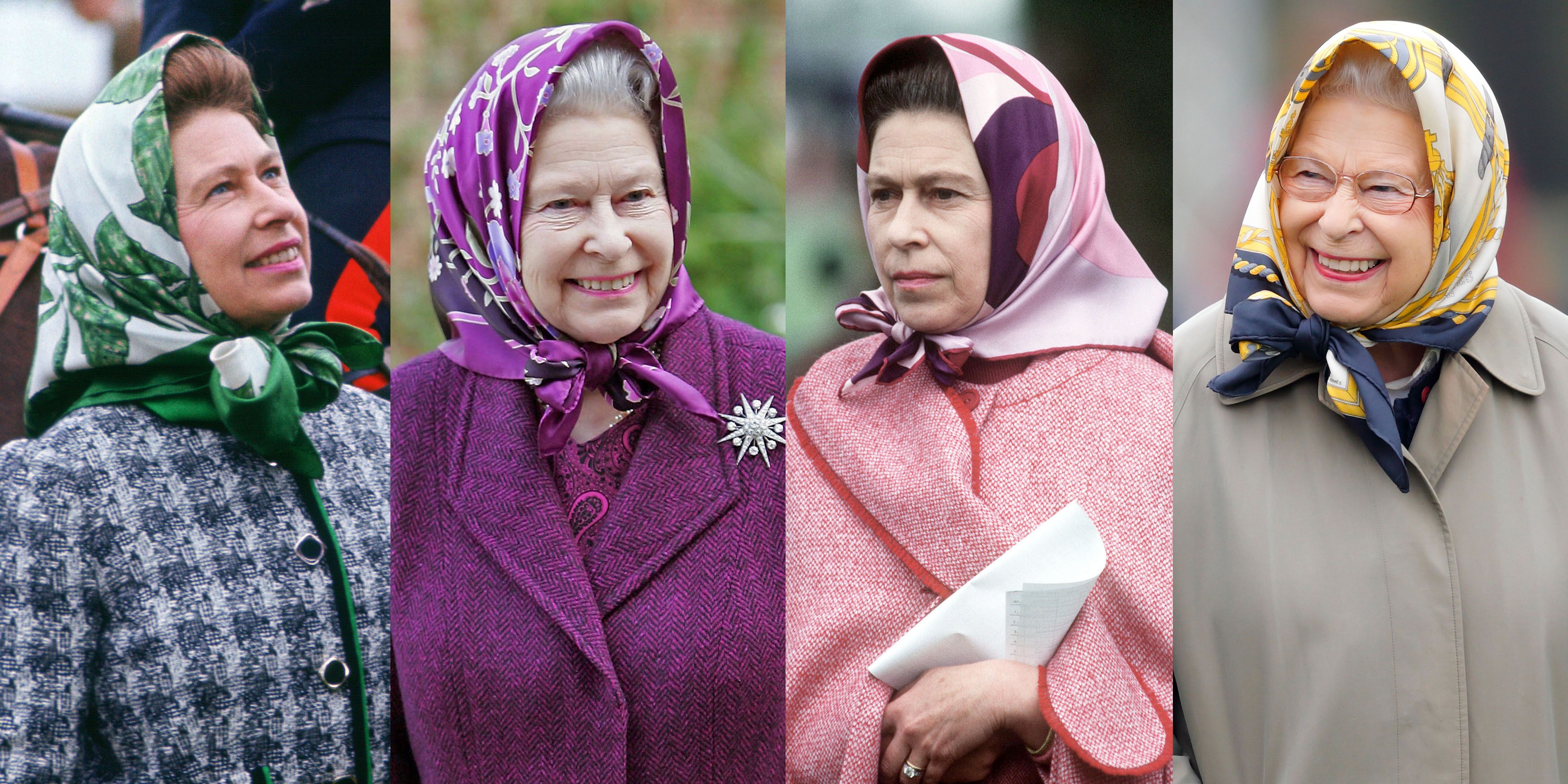 But then the Queen has always been a poster girl for the concept that women can wear whatever the hell they damn well please.

I wonder how much Orthodox Jews’ heads would explode if you suggested that the wig habit was something acquired by the Hebrews in Egypt, trying to ape the nobility there. https://www.ancient-origins.net/history-ancient-traditions/changing-beauty-use-elaborate-wigs-ancient-egypt-005484

(Note that I’m not at all convinced that the whole slavery in Egypt thing ever actually happened, but sometimes it’s fun to poke fundamentalists.)

(Note that I’m not at all convinced that the whole slavery in Egypt thing ever actually happened, but sometimes it’s fun to poke fundamentalists.)

I guess this is one interpretation, although I doubt very much the guys that wrote the Torah would have said OK if the woman saw the guy in question, found him hot and said, “hell yeah, let’s get to fornicating right now!” Not sure religious texts are our best reference points for feminist ethics.