Here’s another Facebook find for you all; you’ll probably have to expand the image to read it, and even though I made the image bigger and sharpened it there are still bits that are blurry because god forbid one of these doofuses post a meme that’s actually readable.

What is it with these guys and completely baffling charts, anyway? Hey, chart-making misogynist dudes: The fact that you can put words in boxes and draw arrows between them DOESN’T MEAN THAT YOU SHOULD.

Anyway, dear readers, if any of you can explain this chart in more-or-less comprehensible English, please do.

Or you can just watch this clip from the all-dog remake of Twister.

I forget my stupid name

Qabbalistic tree of the Sephiroth?

I just want them to go their own way already.

I know, right? They promsied.

Hey, there’s a Guardian story of the protest I attended earlier today:

This was the largest of the several planned protests critical of the visiting presidents’ agendas. Estimated attendance was about 1500, plus hundreds of tourists taking photos in hot sunny weather. That was just enough crowd to feel like a mass protest in a medium-sized city that’s half-deserted because of peak summer holiday season.

The emphasis of this protest was on human rights awareness, while individual people protested variously pretty much everything about Trump and/or Putin. Speakers included American and Ukrainian activists.

A couple events have been planned in the spirit of honoring this “diplomatic achievement” or somesuch. Earlier today, an estimated 50-70 people gathered to welcome Trump, who will land here this evening. Putin will only make a day visit tomorrow.

Dogs saving small children and the whole of civilisation from the tornado apocalypse for the win.

(subtitled: please, do, go your own way, before one of us dies from old age)

Oh look, a 12-year-old future incel discovered how to draw charts. And promptly went overboard on it.

Some notes for the Guardian piece:

Meanwhile the country’s largest newspaper has put up English- and Russian-language street ads saying: “Mr President, welcome to the land of free press.”

This is a series of billboard ads for the newspaper (Helsingin Sanomat, or HS) itself. Each ad points out (in HS quotes) some recently reported press freedom issue in either US or Russia, often mentioning the relevant president by name. They all have that abovementioned tagline, and the whole ad is respectively in either English or Russian. Finnish audiences will get the idea.

The Finns are proud of hosting some of the cold war’s most historic summits. But many in the country will tell you: don’t call Helsinki “neutral ground”.
…
Many here recall the forced Soviet-era neutrality, a policy called Finlandisation, as a dark period in the country’s history.

Finland has established its western credentials in the years since the fall of the Soviet Union, with EU membership and an enhanced partnership with Nato.

“Finns don’t view themselves as being neutral between east and west,” said Mika Aaltola of the Finnish Institute of International Affairs. “Since the end of the cold war, the policy has been that Finland is part of the west. We have built a society that is very solid and unified, world class in terms of many rankings, as a way of getting out of the geographical bind we found ourselves in.”

Russia still maintains some strong ties with Finland. Putin has met regularly with the country’s last two prime ministers, and a close associate, Boris Rotenberg, holds Finnish citizenship and business interests in the country. Russia is also the source of important energy projects in the region, including a nuclear power plant and gas pipeline.

Both Finland and (reportedly) Singapore have been described in international media as “neutral hosts”, which isn’t literally true in either case – just close enough for the purpose of hosting summits. Naturally, many Finnish commentators have worried that it might be taken too literally, for the detriment of Finland’s image.

Now, some speakers in this protest conflated-possibly deliberately-this geopolitical non-neutrality with popular non-complacency towards the human rights problems with US and Russian regimes. It was a motivational trick referring to a well known media talking point.

“Relativistic Hedonism” sounds scary, but in the unlikely event that you get up to that sort of speed, you’ll have other things to worry about, such as particles of the interstellar medium slamming into the front of your craft with huge energy. This is what is meant by “unsafe space”.

I think the idea of the MGTOW logo is that most people go straight ahead, but miggies are supposed to take the fork which heads off to the right (eventually, the far right). In the diagram, you’re motoring along until you reach fear, shame, and doubt. Seeing the shining city of feminism ahead, you veer off, taking the road to infantile solipsism and exploitation, since that’s more your kind of thing.

The first thing i get when searching for “twister dog” is this : 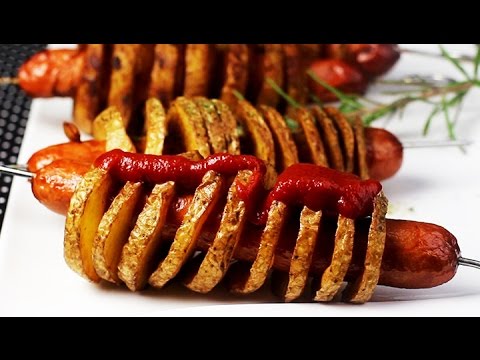 These charts with all the boxes and the circles and arrows … it’s the graphic design equivalent of a conspiracy theory. All these details shoved in there to paper over the gaps. All these details to overwhelm the first-time viewer and to prop up the true believers.

It’s about as solid as a house of cards.

The Tweeter has landed.

Does Helsinki have any Trump baby blimps? I think they ought to follow him around now.

Have you ever read a series of tweets which was so good that you instantly ordered a book written by the tweeter? Having just read this finely crafted thread by Sarah Gailey, I’ve ordered American Hippo.

My chart would be simpler:

A graphic way of saying women are
people.

Also, I would do it in watercolors.

Moggie: Nope. I did see one sign encouraging Trump to challenge Obama’s record of holding breath underwater for 20 minutes.

A visual aid for all the absurd mental gymnastics they perform, that’s what it is.

Have you seen this?

Some Migtoe has seen charts and associates them with sciency stemmy big businessy seriousy man stuff.

But has no idea how they work.

In the immortal words of Felix Unger:

“I don’t have the time to unravel your logic.”

Wow, I’ve never seen projection in graphical form before, but it manages to do it.

@Surplus to Requirements – Yeah, I remember! I joked about high school geometry. But the “Marshmallow Stacey” thread was much more mathematical.

I looked up Graham’s Number, thinking, “OK, part of the finite set, maybe I can understand this,” and I sort of can, because someone wrote an article on it.

@Arctic Ape – Thanks for the link. I was looking at The Guardian’s coverage of the meeting – “seem[s] more about optics than substance” sums up their view. Or, in a North American idiom, “they did shit-all” (the all at the end of shit-all emphasizes its nothingness, because English is weird).

Oh yeah, and since Finland was the place for two other historic US-Russia summits, I guess it’s a chance for both Trump and Putin to pretend at being legitimate leaders.

Commentators say Putin at least is leeching legitimacy for himself, though I doubt the choice of Finland as venue has anything to do with that.

A historical track record certainly helped Finland to get this hosting gig, as it shows basic institutional competence. General view here is that this is a great general PR win for Finland and the city of Helsinki in particular. For small countries, not all publicity is good publicity but good publicity is really important.

How are you supposed to interpret a chart in which every box points to every other box?