Sometimes it’s hard not to think that Unpresident-Elect Trump’s cabinet picks aren’t all an elaborate joke, given how utterly unprepared most of them have been, not to mention the hostility so many of them have for the departments they hope to run.

Unfortunately, if they get through the confirmation process — and most observers think most of them will — the joke will be on all of us.

So who’s on the docket for today?

Well, we’ve got former Texas governor Rick Perry, picked to run the Energy Department, despite (or because of?) the fact that he has argued that the department should be eliminated. Also, he apparently only discovered what the department actually does after he got the nod from Trump. The New York Times reported this yesterday:

When President-elect Donald J. Trump offered Rick Perry the job of energy secretary five weeks ago, Mr. Perry gladly accepted, believing he was taking on a role as a global ambassador for the American oil and gas industry that he had long championed in his home state.

In the days after, Mr. Perry, the former Texas governor, discovered that he would be no such thing — that in fact, if confirmed by the Senate, he would become the steward of a vast national security complex he knew almost nothing about, caring for the most fearsome weapons on the planet, the United States’ nuclear arsenal.

[F]ormer Goldman Sachs partner Mnuchin, … will likely face questions interrogating his time at OneWest Bank, which is accused of merciless foreclosure tactics during the housing crisis. Mnuchin has also faced trouble with his financial paperwork, admitting in a revised questionnaire that he is the director of an investment fund based in the Cayman Islands and that he forgot to disclose over $900,000 worth of artwork held by his children, The New York Times reports.

“Merciless” seems to be a bit of an understatement as a description of OneWest’s foreclosure tactics. Numerous homeowners say that OneWest lied to them in an attempt to drive them into foreclosure.

One more cabinet hopeful I probably should have mentioned yesterday: Scott Pruitt for the Environmental Protection agency. Or maybe I should say Scott Pruitt against the EPA. The Huffington Post notes that

Scott Pruitt … has sued the agency 13 times as Oklahoma’s attorney general. Pruitt, a climate change denier with close ties to the fossil fuel industry, has a long record of attacking the EPA and undermining environmental regulations. On his LinkedIn page, Pruitt refers to himself as a “leading advocate against the EPA’s activist agenda.”

So get calling or emailing! Pick at least one of these dudes to focus on if you can’t do all three.

You can find contact info for your senators here.

See my posts here and here for information and advice on how to make your calls and emails effective. If making these sorts of calls is tough for you, here’s some advice on calling politicians if you have social anxiety.

Before calling, check to see if either of your senators sits on any of the committees considering these nominees.

Perry is appearing before the Energy and National Resources committee; see a members list here.

Mnuchin is appearing before the Finance Committee; members list here.

Also, if you have the energy and haven’t done so already, ask your senators — and congresspeople — to oppose the GOP’s attempt to repeal the Affordable Care Act. (See my post here.)

Also, you can call about any of these things (except, obviously, the inauguration boycott) next week, if you can’t do it today.

Give yourself a big round of applause for all the calls you’ve made and/or emails you’ve sent this week! Tomorrow, the Inauguration.

The fridge door in their house must look frikkin amazing.

@Alan Thank goodness I wasn’t drinking anything when you posted that. 🙂

I, I just can’t with these people. These officials are a parade of horrors. Intentionally suited for the destruction of civilization. Got me like

Not one Trump recommendation is fit to their posts. Well, including Trump. This is a train wreck and we are getting ready to watch our country implode. There has more drama over politics in the last few months than in my entire lifetime.

Drain the Swamp huh? Hah hah, oh man I feel sorry for hunters and fishermen when officials like these are going to destroy any semblance of wildlife preservation. Why yes I’m trying to ignore the fact that this asshole would hire Pinkerton agents to beat down environmentalists and citizens who don’t want to end up like the people in Flint, Michigan.
@Angry
Once again if this election doesn’t prove that the electoral college is a fucking joke and parasite to the nation’s health from the very start of its inception, nothing will.

As for that whole “doesn’t know what the energy department does”: sorry if this is a dumb question, but how can you propose to eliminate a department without first finding out what it’s for?

how can you propose to eliminate a department without first finding out what it’s for?

My guess? He’s a rich white dude who’s used to thinking that his big, mighty man-brain is better than anyone else’s, and that he doesn’t need to do research or listen to other people – he’s so super-duper smart that he can figure things out on his own. So he figures, “Oh, department of energy, that’s like, regulating energy companies!” and doesn’t look into it any further. He’s got that shit on lockdown, donchakno.

He’s another asshole who thinks every thought that happens to drift into his vacuous coiffed dome is gold-plated, cuz he’s got common sense. He’s no better than one of our garden variety trolls.

Sammy Bee with some, uh, words.

but how can you propose to eliminate a department without first finding out what it’s for?

Because he has a defined list of things the government should do, and energy isn’t on it. That list consists of 1)a bigass army. 2) a bigass police force to keep the poors and browns in line, 3)fat contracts for his cronies, and 4)an even bigger army that that.

Check the Wonkette article Trump Spending Cuts Gonna Do Austerity To Us, And It Is Going To Be AWESOME!

Department of Justice, the blueprint calls for eliminating the Office of Community Oriented Policing Services, Violence Against Women Grants and the Legal Services Corporation and for reducing funding for its Civil Rights and its Environment and Natural Resources 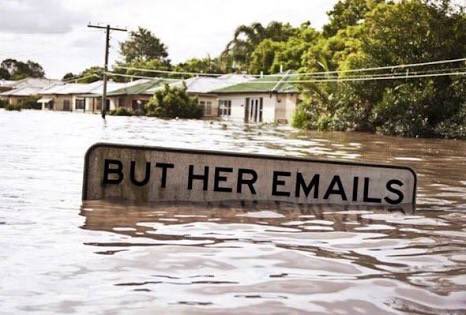 [T]hat in fact, if confirmed by the Senate, [Perry] would become the steward of a vast national security complex he knew almost nothing about, caring for the most fearsome weapons on the planet, the United States’ nuclear arsenal.

Oh great, at least there’s the slim hope that with Perry as Keeper of the Nukes, when Trump punts the Nuclear Football nothing happens due to lack of maintenance.

one, free markets are good, we don’t need an Energy dept. Rick Perry wants to travel the world lobbying for fissil fuels. The Energy department is responsible fir our nuclear arsenal (& programs). I ‘d say that next year our govt. sells nuclear weapons to the international corporate conglomerate called SISI. reverse for the punchline.

@Mark
Are you now going to play nice?

I’m glad he put in that helpful hint about reversing the acronym, because otherwise I would have been plum lost.

Free markets are good? You should inform all the child labourers of the twentieth century.

By “fissil” do you mean “fissile” or “fossil”? because those are two very different things.

Also, a chunk of Trump’s campaign team’s been caught on wiretap working with take-a-wild-fucking-guess. I did get a laugh from all their denials boiling down to “LIBERAL CONSPIRACY” (including the direct quote “Democrat [sic] Party dirty trick”), though.

@SFHC
Please please pretty please for the love of GlaDoS’ mastery of her realm and every ounce of her charm let THIS be the Watergate to make his presidency the shortest in history. For the love of waifus let this be the silver bullet that slays the beast.