Daily Stormer: War Machine is a “deranged brown savage” but was right to brutally beat his ex

END_OF_DOCUMENT_TOKEN_TO_BE_REPLACED

Women use their sexy wiles to entice men into raping them, MGTOW suggests

The idea that women regularly use their sexual wiles to gain control over men has long been central to the Men’s Rights Movement.

END_OF_DOCUMENT_TOKEN_TO_BE_REPLACED

Four men say they were molested as boys by Afrika Bambaataa. Where’s the outrage?

The Zulu Nation is distancing itself from founder Afrika Bambaataa

A musical pioneer who played a central role in defining a genre of music that now dominates the airwaves has been accused of child molestation by four men, who say the man abused them when they were boys in the 80s.

END_OF_DOCUMENT_TOKEN_TO_BE_REPLACED

Hey, Cosby defenders: Look these women in the face and tell me they’re lying. All of them.

Anyone who, at this late date, is still defending Bill Cosby needs to take a long hard look at the portraits of 35 of Cosby’s 46 accusers in the latest issue of New York magazine.

When Men's Rights Activists celebrate male rage, they make murder/suicides like the one that may have brought down Germanwings Flight 9525 more likely

As the news broke this morning that the Germanwings plane crash may have been a deliberate murder/suicide caused by the flight’s co-pilot, readers of the leading Men’s Rights website A Voice for Men were greeted by a post from site founder Paul Elam titled “A little blood in the mix never hurt a revolution.”

The headline on Elam’s post, a muddled mess that’s mostly a response to recent infighting amongst MRAs, recalls a disturbing post of his from several years ago titled “How to Build a Man Bomb.” (Archived here.)

Ostensibly a warning about the cost of ignoring male rage, it read a lot more like a threat.

END_OF_DOCUMENT_TOKEN_TO_BE_REPLACED

Men's Rightsers offer innovative new theory about rape and feminism. And by "innovative" I mean horrifying.

Paul Elam: “Dworkin’s problem wasn’t that she was raped. Her problem, and I mean all along, was that she wasn’t.”

There’s a post on the AgainstMensRights subreddit today highlighting a comment from a  Men’s Rights Redditor that offers some, well, interesting theories about why feminists are “obsessed” with rape and abortion, even though he thinks they are very ugly.

Actually, in his mind, it’s because they are very ugly, and secretly wish someone would be attracted enough to them to rape them.

I’m sure there are MRAs out there who would like to dismiss his posting as the ravings of a random Redditor. Sadly, it’s not. Despite the terribleness of his “explanation,” or perhaps because of it,  it seems to be a common one amongst Manosphereians and Men’s Rightsers.

Indeed, in one notorious post a couple of years ago, A Voice for Men founder and all-around garbage human Paul Elam — probably the most important person in the Men’s Rights movement today — offered a much cruder version of this argument. [TRIGGER WARNING for some primo rape apologism. I have bolded the worst bits, and archived the post here in case Elam decides to take it down, as he has been doing with some of his more repellant posts].

END_OF_DOCUMENT_TOKEN_TO_BE_REPLACED 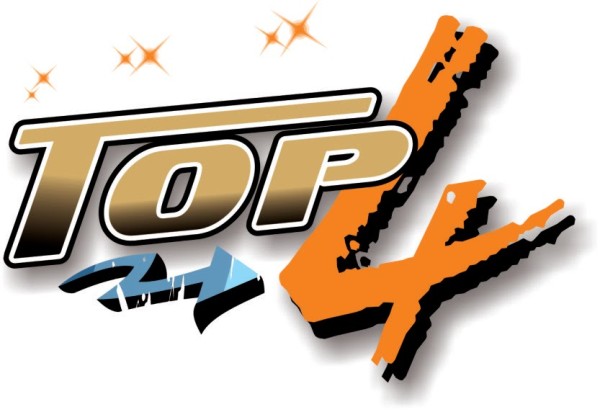 END_OF_DOCUMENT_TOKEN_TO_BE_REPLACED

This cat reading a #GamerGate manifesto may be the best thing you see all day. (Possibly.)

So yesterday I discovered a #GamerGate manifesto that started with these dramatic pronouncements:

And that was just the opener.

END_OF_DOCUMENT_TOKEN_TO_BE_REPLACED

Camille Paglia: “Young women do not see the animal eyes glowing at them in the dark.”

That powerful and obnoxious odor of bullshit you may have noticed in the air? That’s just Camille Paglia, evidently aiming for a bit of a comeback.

One of the first-generation of antifeminist feminists who came to public attention in the 1990s, Paglia is less a scholar than an intellectual entertainer, astonishingly adept at generating controversy by packaging rather conventionally reactionary ideas as bold contrarianism. And then getting everyone to talk about her rather than the issues at hand.

If Paglia was feeling a little starved for attention, the short piece she published on Time.com yesterday (donotlink version here) with the portentous title “The Modern Campus Cannot Comprehend Evil” should fix that problem in a hurry. An appalling bit of rape apologia gussied up as a bold meditation on human evil, it’s already generating applause from Men’s Rights and Red Pill Redditors, The Daily Caller, and fellow antifeminist feminist Christina Hoff Sommers.

END_OF_DOCUMENT_TOKEN_TO_BE_REPLACED

You'll be horrified to learn where one popular pickup guru has found some, er, dating tips

The Duluth Power and Control Wheel

Heartiste – real name James Wiedmann – is a proudly racist, woman-hating “pickup artist” guru known for advocating manipulative and often quite abusive “game” techniques to give men the upper hand in relationships and in the dating market. These run the gamut from emotional abuse – what he calls “dread game,” an elaborate portfolio of gaslighting ploys to keep women feeling insecure and off-balance – to straightforward physical abuse – slapping women “when necessary” to assert “alpha male” dominance.

Now he’s suggesting that wannabe lotharios borrow some tips on how to “game” women from the Duluth Power and Control Wheel, a widely used violence intervention tool designed to fight abuse, not provide a blueprint for it.

The Duluth Wheel highlights some of the most prevalent kinds of abusive behavior. Heartiste mines its descriptions of abuse for dating tips, claiming to find in it “a few curious nuggets of anti-feminist truth about relationships and how to keep them going.”

In his recent post, Heartiste goes through some of the descriptions of abusive behavior on the Duluth Wheel – and recasts them as handy tools for would-be “alpha males.”

END_OF_DOCUMENT_TOKEN_TO_BE_REPLACED

Donate to the Mammoth!

We Hunted the Mammoth is an ad-free, reader-supported publication written and published by longtime journalist David Futrelle, who has been tracking, dissecting, and mocking the growing misogynistic backlash since 2010, exposing the hateful ideologies of Men’s Rights Activists, incels, alt-rightists and many others.

We depend on support from people like you. Please consider a donation or a monthly pledge by clicking below! there's no need for a PayPal account.

Send comments, questions, and tips for stories to me at dfutrelle@gmail.com, or by clicking here

If You’re Being Harassed

Keep this blog going by clicking on the link below! You don't even need a PayPal account.